Many Australians are unable to save a deposit for a home loan. 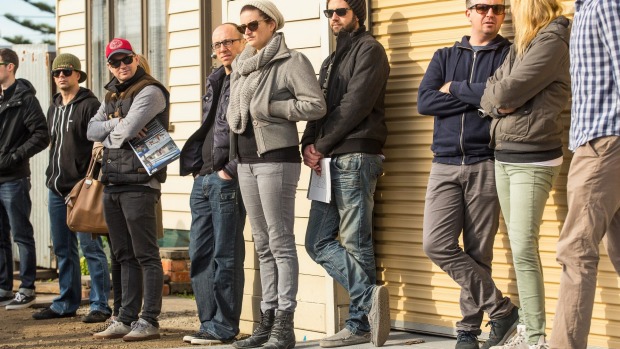 Contributing factors are the rising cost of rent and rising costs of living.  Urban house prices continue to be driven up by immigrant demand.

Ask any young Australian under 30 when the last time was they had a pay rise from their current employer and they will look at you blankly and come back, “Are you kidding?”

For Young Australians on a wage or AWA employment contract, trade unions are M.I.A.

With the average house price in Australia sitting at almost $660,000, as a first home buyer saving the recommended 20% deposit means you’d need to come up with a whopping $132,000, before Australia’s big four banks cartel will even succumb to an appointment.  The banks are too fixated on cashed up foreigners (aka the Chinese Communist Party’s nouveau riche).

Migrants to Australia mostly settle in Melbourne or Sydney because that is where their other migrants are.  Birds of a feather flock together, so bugger any thought of assimilating into being ‘Australian’.  And Canberra’s multiculturalism policy encourages migrants to shun us locals anyway.  When’s the last time we noticed an immigrant volunteering in an Australian charity?  Instead muslims join their local mosque.

So migrants to Australia mostly settle in Melbourne or Sydney, not at any nation building scheme like rural Bonegilla or Griffith.  That is why in 2015, the median house price in Melbourne is now a ridiculous $700,000.  And even more unaffordable in Sydney where ethnic demand has pushed up the median house price to $1 million, no thanks to the real estate sharks.  Both Liberal and Labor encourage population growth through immigration.   Melbourne and Sydney are respectively projected to have a population of around 7.5 million by 2050 – mostly immigrants.

So any young Ordinary Australian growing up in Melbourne or Sydney expecting to live in the same city as their parents, forget it.  Sydney and Melbourne are only for wealthy foreigners.  Your only chance is to leave the city.

A young graduate starting to earn money to put towards a home deposit, can’t afford to because of the perfect storm of rising rents and the tax office calling in HECS (VET-FEE-HELP) debt repayments. 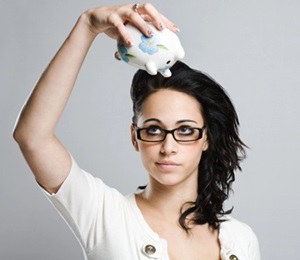 In Sydney, the forced urban exodus of Australia’s youth is encouraged by the First Home Owner Grant scheme of $15,000 which only now applies to new builds and guess where they are…Woop Woop!   Across New South Wales this scheme will reduce to $10,000 from 1 January 2016.

In Victoria, the grant for first time buyers is already reduced to $10,000 and restricted to new home builds valued up to $750,000. 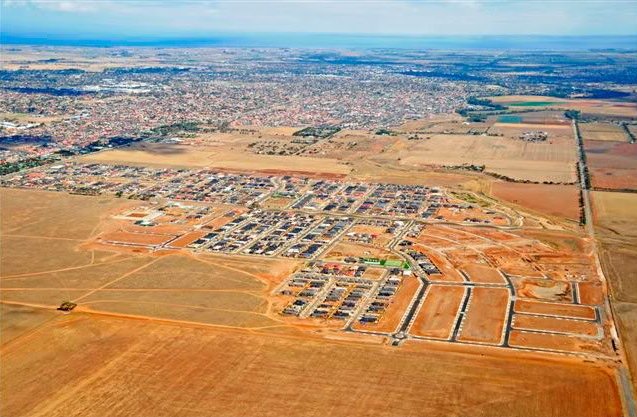 That’s why outside Melbourne, both Labor and Liberal governments besotted by population growth have set up Urban Growth Zones for greenfield sprawl centred around Melton, Ballarat, Whitlesea, and Cranbourne.

That’s why the New South Wales Central Coast is residentially out of control with bugger all infrastructure.  The State governments happily reap the stamp duties but couldn’t give a shit about funding infrastructure – schools, roads, public transport, hospitals, child care, public services.

The big four banks are creaming 90% of Australia’s home mortgage loan income and topping up their coffers even without a central bank interest rate rise. The private banks don’t exist for customers; they exist for their shareholders and millionaire executives.  Stock market investors in bank shares are getting four times more than people who deposit savings in the bank – 8% dividend income compared with just 2% on interest. 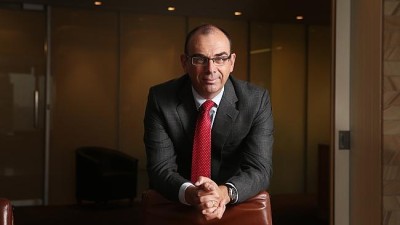 APRA chief Wayne Byers – tell someone who cares, I’ve got an investment property

The Tax Office couldn’t give a shit. It encourages capital gains and negative gearing for the investors.

The Foreign Investment Review Board couldn’t give a shit. They let any foreigner buyer snap up any Australian property.

As Chinese investors are rightly blamed for driving up Sydney house prices and accused of keeping first home buyers out of the property market, it has emerged that the government is giving them a helping hand.

Under the first homeowner scheme, a buyer – and in the case of a couple, at least one of the two – had to be an Australian citizen and they had to live in the home for at least six months to qualify.

Under the New Home Owner Scheme introduced in the 2012 state budget, foreign buyers can qualify even if they already own multiple homes in their country of origin.  The rules allow them still to apply for the grant for the purchase of Australian properties.  They don’t have to live in it. All they have to do is apply through the Foreign Investment Review Board to buy.  FIRB is a rubber stamp, as useless as it is corrupt. 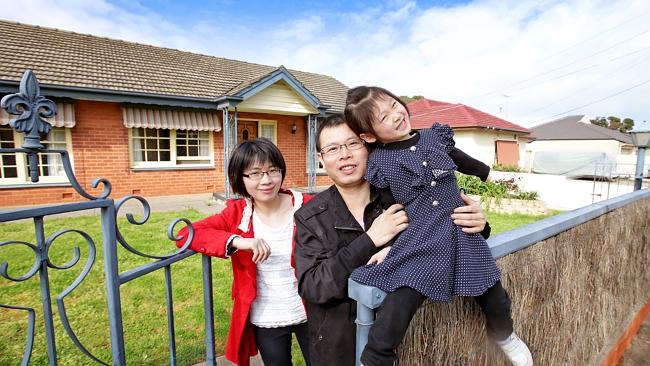 During 2013, the government gave out 16,474 new homeowners grants worth $82.37 million. By contrast, after it scrapped concessions for first homeowner grants on existing homes, first homeowner approvals in November were down 67.3 per cent from two years ago.

In the year to July 2012, there was $5.95 billion worth of overseas investment in new NSW residential property by overseas investors compared to about $1.74 billion two years earlier, Foreign Investment Review Board figures reveal.

LJ Hooker’s national head of home loans, Paul O’Regan, said the investment from Chinese and other Asian buyers in off-the-plan apartments was “significant”.

“We have actually run some trade shows over in China and we had 14 or 15 properties sold just at the trade show,” he said.

Liberal Premier smiling Mike Baird said the scheme was driving construction so he did not have immediate plans to change it.  For Baird, it is growth number 1 and immigration number 2 as his priorities for Sydney.

“We are conscious of the pressure on first home buyers that foreign investors could be applying, and accordingly we are seriously looking at options to ensure that our first home buyers are given every support to own their own home,” he said. “Any policy action we take must not jeopardise the recovery in the housing sector that is currently under way.”

Last week, a foreign bank is offering its customers zero-deposit home loans so they can invest in Australia, starting with new apartments in Melbourne and the Gold Coast.

Too good to be true?  Yep.  It’s not on offer to Australians, only Chinese.

Colonization from ‘The Motherland’?

Chinese conglomerate, Ping An, courted potential investors by offering the deal at a conference in Shanghai last week.  Helped by Chinese property shark firm Austpac, Ping An is currently offering Chinese investors the deal for “The York” apartments in Melbourne’s West Brunswick and Ramada serviced apartments on Hope Island on the Gold Coast.

Under the scheme, Ping An would front up the initial 10 per cent of the cost for an off-the-plan apartment, which the investor would have to pay back within two years.  At time of settlement, Ping An would extend about 30 per cent of the property’s value to the investor who would then have to seek the remaining 70 per cent from an Australian bank.  Ping An’s interest rate?  Try 14%.  But then Chinese are wealthy and desperate to get into the Australian property market.

“It will open up the Australian property market to a whole new class of investors,” Eddie Yuen, the Shanghai-based manager of Austpac told the AFR. “Investors may not have the cash now, but they can still buy a property in Australia.”

So what does this all mean?  A Chinese speculation bubble, just like what has already burst across fake urban China.

APRA couldn’t give a shit.  “If these became common place, and there was a perception that it was freezing out struggling Australian homebuyers, then the question would be if we would see a tightening up of the regulations which govern foreign investment into our property market.

APRA says, Chinese are foreign, so go talk to the Foreign Investment Review Board.

FIRB couldn’t give a shit.

Does anyone in the Australian Government give a shit? 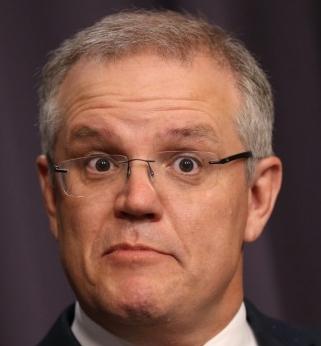 Dr Mike Rafferty from Sydney Business School told news.com.au while there has been foreign investment in our property market it has been at the top end of town.  He said the real threat were the wealthy middle-class investors who had driven prices up over the last 20 years.

“Since we have had this ramped up capital gains tax and negative gearing in our system we have seen a systematic shift in who owns house,” Dr Rafferty said. “We now have a generation of older people who have second and third homes and that’s essentially been subsidised by low tax. And we have got to the point where there are very few younger people who are getting into housing without the help of their parents.

“Younger Australians are now looking down the barrel of not getting into home ownership until they are in their 30s,” he said. “And a whole lot more will never own their own homes.

“That’s got to do with the fact we have given up on producing affordable housing and then created a pack system which has just allowed a group of middle-aged people to buy second and third homes. They are the two big things that has changed the structure of ownership in Australia.” 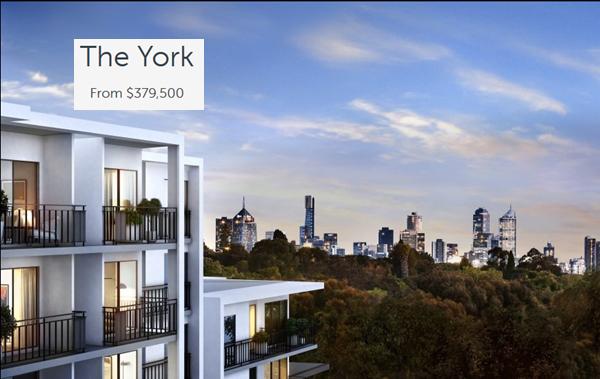 R. Corp presents The York apartments in Melbourne’s West Brunswick. Affordable and close to everything

…So solly, only for Chinese!

(click arrow on right of image to play their promo video)