Pesky Phelps fiddling in asylum seeker policies is that of a refugee advocate. Kerryn Phelps is a leftist Third World hugging traitor to Australia, who deserves to practice her coven craft with Médecins Sans Frontières in some breeding African backwater.  Her medical specialities?  She’s into alternative medicine (quackery), health politics, and human rights for non-Australians.  A #LetThemStay brigader, she’s so committed to Third Worlders that she should emigrate there and practice what she preaches as a medico missionary. 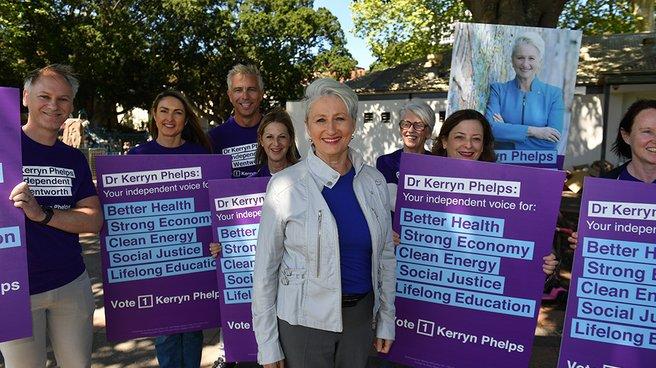 Not independent, but Greens DNA policies, and why the purple?

Along with the Australian Medical Association, a leftist lobby group, Phelps wants to medically treat illegals in offshore detention by charter flighting them to Australia, and she’s fabricating health horrors stories to get her way. Immigration Minister Dutton just told the frothers plainly, ‘no’.

How’s this fake news claptrap with the Left inventing the latest round of leftist terms?

In August “reports” from Nauru raised concerns about an outbreak of a severe trauma-related mental disorder known as traumatic withdrawal syndrome, or resignation syndrome.  A girl suffering “resignation syndrome” and who was refusing all food and water was ordered off Nauru by an Australian court.  The same month, SBS ethnic media reported a “coma-like ‘epidemic‘ affecting 30 children on Nauru..at least 30 children on Nauru showing symptoms of a rare, life-threatening mental disorder which could see their bodies “shut down”. 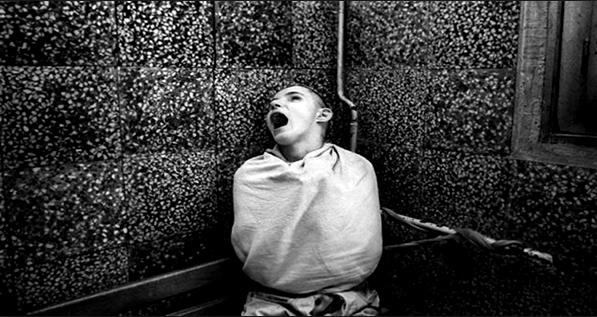 She and The Greens Dr Di Natali (another leftist doctor) have already tried their ‘remove refugee children from Nauru and Manus Island’ campaign, which has seen the fake refugees breed like rabbits to backdoor to Australia as parents that way.  Now Phelps wants a law in parliament to require the urgent evacuation of any asylum seeker who is critically ill and unable to be treated offshore. She wants it to override Australia’s Immigration Minister’s decision, who may well know the public security risk of each detainee.

Doc Phelps, a blatant Greens stooge, probably has mobile speed dial to most of the fake refugees on Manus Island, Nauru and Christmas Island.  She probably encourages the blighters to be hypochondriacs, so they can back door their welfare seeking way on to the Australian mainland.  As if the fakesters haven’t got enough leftist support from refugee advocates, leftist lawyers and the leftist media.   Leftist doctors are now in on the people smuggling bandwagon. 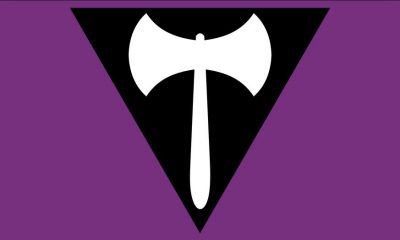 The Greens, with their leftist Labor comrades and minor party cross-bench stooges of Greens-Labor have teamed up to legislate faster medical treatment for refugees in offshore processing.  But beyond first aid, any fabricated illness – like concocted ‘resignation syndrome’, ‘asylum syndrome’ and ‘island syndrome’ (all dreamt up by leftists) can be readily resolved by auto-deportation back to when they came on the next plane out.

Liberal PM Scomo has cited national security in outright rejecting The Greens ‘two-doc referrals and your in’ campaign is to gift a charter flight for any of the offshore fakesters faking a sickie to an Australian hospital on the mainland.  It’s all at Aussie taxpayer expense and it’s another leftist con to shutdown offshore detention and designed to restart the boats.

“There are a lot of people that haven’t come out of war-ravaged areas, they’re economic refugees, they’ve got on a boat, paid a people smuggler a lot of money.  Somebody once said to me that the world’s biggest collection of Armani jeans and handbags is up on Nauru waiting for people to collect when they depart.”

What about unemployed and cost-of living-ravaged Australians doing it tough – farmers in drought, our elderly, our sick.  What about the 15,000 Australians on elective surgery waiting lists for more than a year every year Phelpsie?

Most of the fake refugees are muslim else African or Arabic.  The United States has rejected most of those on Nauru and Manus because they are fake and a public security threat.  Of those who the U.S. accepted, forty want to go back to Nauru and Manus because the U.S. told them they would not get American taxpayer welfare and so would have to actually work for living.  Shock horror.

Frankly, illegal economic migrants are not the most pressing issue that Australia’s national parliament should be debating. The polly bastards are about to shut up shop and go on a ten-week taxpayer-funded holiday.

They are illegal fraudsters who have had money to pay peoples smugglers, have hopped across third-party countries deliberately to scam Australian welfare.  They have no legitimate asylum from persecution claims.  They should be all auto-deported.  Cleanse the islands of them and ban them from Australia for the term of their natural life!

Last month on Manus Island a 50 year-old male refugee tried to strangle a female doctor with a plastic bag and punching her in the face after receiving treatment at an Australian medical centre on the island.

In 2010, Iranian Muslim and fake refugee Kareem Al-Salami (41) paid people smugglers to illegally enter Australia by boat in 2010 without any identification.  He did time in the Christmas Island detention centre.  A year later, he sustained two work-related back injuries and got to see neurosurgeon Dr Michael Wong at Footscray Hospital in 2012 about chronic pain.  On February 18, 2014 the salami meat head walked into the hospital, produced a 19cm knife and frenzy stabbed Dr Wong in the back and then multiple times in the chest, abdomen, arms and hands. In 2015 a civil libertarian judge found him not guilty of attempted murder due to “mental impairment”.  Lefties pardon terrorists as being mentally impaired.

The Australian public deserves to know the status of the 50,000 boat illegals – the cost on Australian taxpayers and society of their welfare burden, health system burden, legal system burden, jail burden, education system burden.  Australia would be a luckier country without the Third World burden and terror.

Deport the lot back to where they came from.