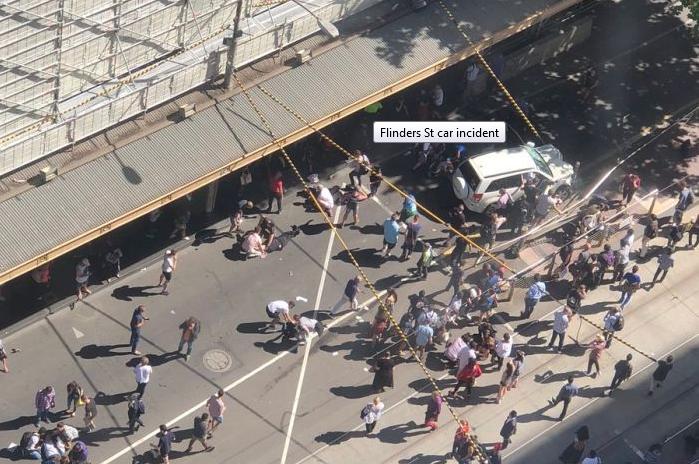 The leftist ABC still dismisses the car attack on Melbourne last December as a “car incident”.  The above photo the ABC re-posted and labelled online today.  The only reason Third Worlders come to First World Australia is for handouts and a breeding life on welfare. They’re unwelcome leeches and they’re killing us.

Otherwise they just hate us, like yet another Third Worlder, one Saeed Noori (now 33) an Afghani Muslim fake refugee.  He arrived in Australia in 2004 on a humanitarian visa with no papers and only speaking Farsi.  Noori could have been a Taliban for all Canberra Immigration knew or cared.

“Saeed Noori came to Australia as a refugee, from Afghanistan. According to statements by the PM today, he came under our humanitarian programme, and not via people smugglers. He was granted a place here because this country, our country, is one of only 27 in the world that actually resettles refugees (that’s right, over 160 other countries refuse). What’s more, 41 members of our military have lost their lives during operations in Afghanistan, including 261 also wounded, to give men like Saeed Noori, a chance at freedom and a new life.  And this is how we are repaid?”

Noori became known to police for a 2010 assault and had a history of drug use and mental health issues.    In June 2017, he was convicted and fined $1000 for driving without a license, using a mobile phone while driving and failing to answer bail.

Australian citizenship is a privilege and not a right.  Citizenship needs to be lifetime conditional.  It is not a passport to usurp your charitable host nation.

Noori’s the refugee who this time last year in Melbourne’s CBD during busy pre-Christmas shopping, rammed his mother’s SUV at 50kph into a pedestrian crowd crossing Flinders Street.  The hateful just wanted to kill as many Aussie’s as he could.  It was premeditated evil.  A computer technician, Noori removed his hard drive from his computer, withdrew $7000 from his bank and left his ethnic Heidelberg West home after lying to his wife that he was going shopping for clothes. His wife knew that Noori was unlicensed at the time. 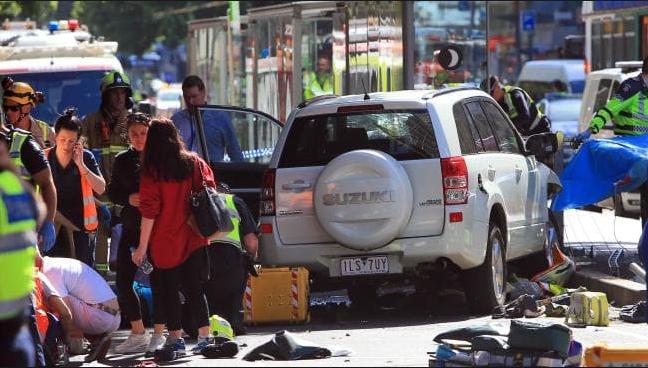 Noori was going jihading, choosing Melbourne’s now notorious attack zone – its busy pedestrian CBD.   At 4:30 pm Melbourne’s CBD was duly crowded with extended hours shopping just before Christmas Day.  Did Noori get a radicalised pep talk at the Afghan mosque in Doveton on the way, like Farhad Khalil Mohammad Jabar did in Parramatta?

Noori, using his mother’s 2006 Suzuki Grand Vitara 4×4 SUV as a weapon of hate, terror attacked in broad daylight on December 21, compos mentis targeting pedestrians crossing at the intersection of Flinders and Elizabeth Streets – one of the CBD’s busiest intersections.  CCTV footage confirms that the white SUV driven by Noori was seen pulling from the curb into the tram lane of Flinders Street and then accelerating through a red light at the intersection at Elizabeth Street as hundreds of afternoon commuters walked across the road. 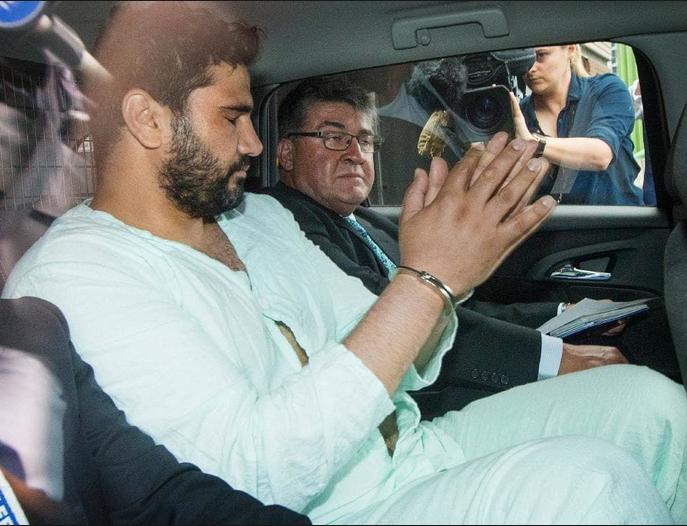 Not only does Canberra let the hateful anti-Australians into our country, ethnic leftist lawyers side with them when they kill us.  Typically, some leftist lawyer has treacherously championed Noori’s defence, as if he deserves any.

Noori’s lawyer, Chinese Chen Yang in Melbourne’s Chinese-saturated Ringwood, is the go to solicitor for Chinese students who can’t drive and crash, who drink drive, who speed and ignore speeding fines, who drive while suspended.  When arrogant male Chinese score a relationship that turns sour and turn to stalking and bashing their women, well Chan get’s ’em off no worries. 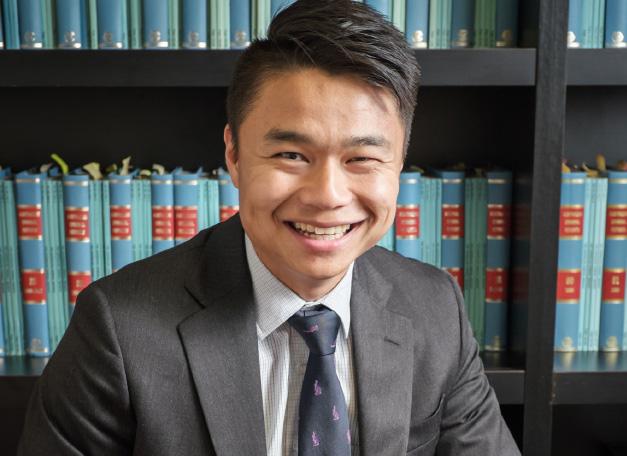 So Chen took on Noori’s Melbourne terror attack case.  Why?  A dare?  Or just to wangle Noori off on lesser charges by arranging for some cheque-book psychiatrist to assess Noori as being just mentally impaired.  May be there was a bonus heading Chen’s way for doing so – like Chinese culture down under.  Or more so, since when are the barbaric minds of any Islamics not retarded?

Noori’s barrister in court Dermot Dann QC then convinced Noori to plead NOT GUILTY at the committal hearing in September to murder (by vehicle) – murdering pedestrian Antonios Crocaris (83) and attempted murder and hateful maiming of another fifteen shoppers, commuters and tourists crossing legally with the lights.

How did a refugee get such legal access, when most Australians don’t qualify for Australia-taxpayer funded legal aid?

Today, Noori changed his mind to GUILTY; no doubt because of all the witnesses and CCTV footage condemning Noori and his barrister did a deal with the police prosecution.

But guilty of what?   Justice Elizabeth Hollingworth presiding in the Supreme Court of Victoria has today said that Noori has not been charged with any terrorism offences.  Why the Hell not?

During the Magistrates’ Court committal hearing in September, the court heard Noori had accessed images and video of terrorism and violent events in Europe and America.  The Court that there was evidence that Noori underwent some radicalization beforehand.

Police then after his jihad attack, found on his computer images that had been taken from the fatal vehicle attacks on London’s Westminster Bridge, in Barcelona and in Charlottesville, and images of Adolf Hitler, Nazi soldiers, Taliban fighters, the September 2001 attacks and of American politicians mocking Islam.

An off-duty police officer who arrested Noori at the intersection heard him chant “Allahu Akbar’” two or three times, the committal hearing was told.  An expert in Islamic studies, who cannot be named said Noori later told police, ‘‘Allah made me do it’’.

A clear-cut Islamic jihad terror motive or what?

Is this not blatant evidence that it was terror motivated?  Would it have helped convince Victorian Police Commissioner Graham Ashton if Noori had waved an Islamic State black standard flag from his car during the attack? 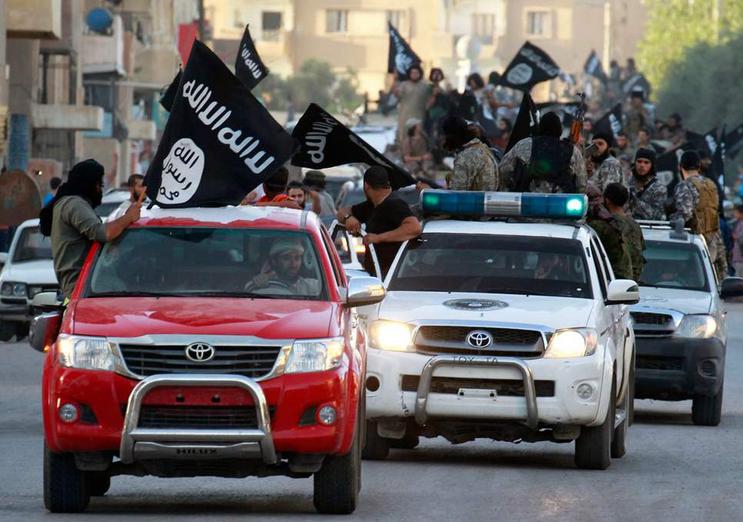 Yet the leftist apologist police and court have dismissed Noori’s evil act as being terror related.  Yet that is exactly the experience of the victims and the outcome, huh?  The islamic hateful has pleaded guilty to the substantially lesser charges of murder, 11 counts of recklessly causing serious injury and five counts of reckless conduct endangering life.  It’s called plea bargaining. Why wouldn’t he bargain for a lesser sentence?

Try doing what he did in Kabul?

Noori’s defence counsel Dermot Dann QC told the Supreme Court today that he would submit the incident should not be regarded as a terror attack.  Leftist crap artist.  The Supreme Court heard last month a psychiatric assessment found Noori was not mentally impaired at the time he drove the car.

Dann’s ya man for the AFL’s former diversity boss Ali Fahour, who he got off with a wrist-slapping $5000 fine for king hitting an opposition  Whittlesea player Dale Saddington, knocking him senseless to the ground unconscious and subsequently during suburban football match. 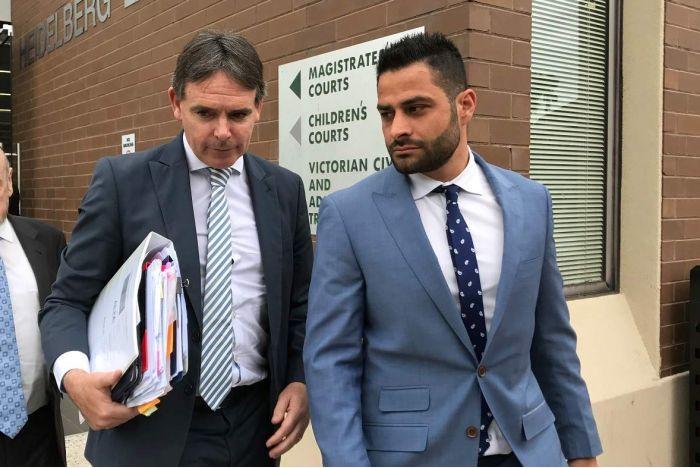 How this excuse by barrister Dermot Dann QC?

“Mr Fahour was going to the aid of his best friend who was being held in a headlock when he struck Mr Saddington.  But he said Mr Fahour recognised he’d made a very serious mistake and was full of shame and regret and remorse”.

That always cons a leftist judge – the remorse admission.   Plus Dann reckoned Fahour contributed to the community (Islamic and African only of course).  That’s more brownie points.

And then to reckon Fahour was a dude of good character, well yep it all helps get ya client off.  Even comments made by Prime Minister Malcolm Turnbull at a public event in June last year commending Mr Fahour on his community work were submitted.  Is Dann a donor to the Libs?

May be Dann and Magistrate Carolyn Burnside went to the same law school together.

It is a shameful miscarriage of justice for the victims, their families and friends, and for Melburnians and for all Australians.  What about justice for local grandfather Antonio Crocaris, deliberately mown down and killed by Noori the nutter.  What about the four-year-old boy and those maimed tourists visiting so-called ‘Marvellous Melbourne’?

Such refugee bastards are being repeatedly let off from their blatant terrorist attacks directed to innocent pedestrians going about their shopping.  They clog Australian prisons.  They should never have been let it.  They should all be deported back to their barbaric Islamic desert badlands. 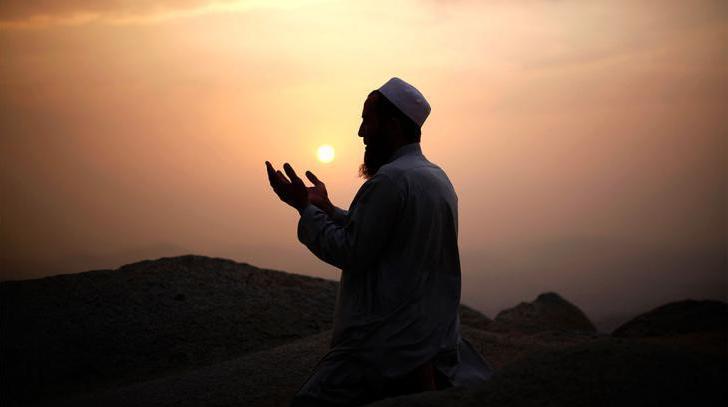 Thanks to Canberran Immigration and Multiculturalism ideologies, migrant-saturated metropolises Melbourne, Sydney, Brisbane have descended into hot spots of ethnic criminality.  Outnumbering police resources, these hatefuls disrespect Australia laws, our police, our courts and so roam with an anti-Australia culture of criminal impunity.

Melbourne certainly is no longer a safe place to be.  If you live in Melbourne, the police and government public message is that you need to take the law into you own hands – self and home defence-wise, and in punishing all these migrant offenders in your midst.

And Canberra gifted this Noori monster Australian citizenship?  Norri had no background checks done, yet the court has heard he has a history of schizophrenia. This is Immigration incompetence and culpability.  The victims could take a class action against Canberran Immigration for tens of millions.

Noori’s bargained guilty plea comes three weeks after hateful Kurdish Islamic import Dimitrious Gargasoulas was found guilty at trial of six counts of murder and 27 of reckless conduct endangering life after running down 33 pedestrians in a stolen Holden Commodore in Melbourne’s CBD on January 20 in 2017.

With another Christmas in Melbourne looming, no wonder the Laberals are jointly keen on passing Scomo’s encryption terrorist bill. 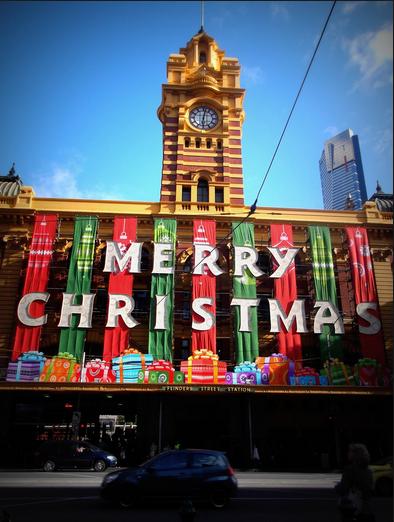 A cynic could claim that leftist Dan Andrews has Melbourne competing with Sydney for more media attention at Christmas.

And it’s not the legal fireworks.