An extreme coven of regretful mothers, based in freak’n Mullumbimby in the New South Wales Northern Rivers region, is evangelising its anti-vaccination superstition across the border into coastal Queensland. 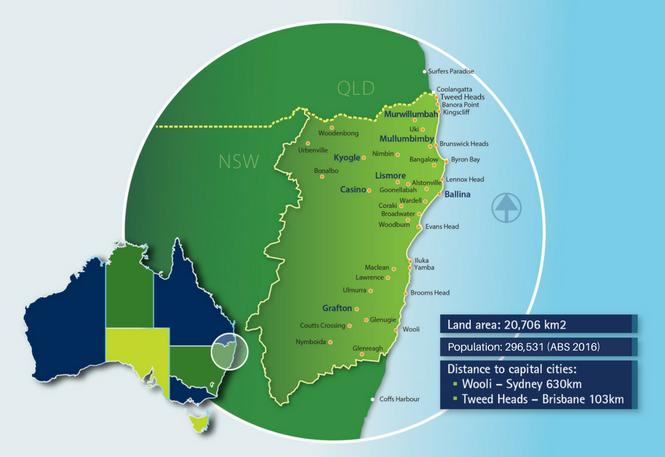 The vaccination rates in the Northern Rivers are far lower than the national average and in some specific parts of the region, rates are even less. One confronting fact is that the vaccination rate in Mullumbimby (46.7%) is actually lower than in third world South Sudan.

It’s an enemy within.   The coven has unleashed the highly infectious varicella-zoster virus – which includes chickenpox and shingles.  So far, 9180 cases have been reported to Queensland Health.  This makes it a disease outbreak.  Contaminated areas so far include the Gold Coast, Greater Brisbane out to Ipswich, the Sunshine Coast and north into the Fraser Coast and up to Bundaberg.

Just because these regretful mothers don’t care about their own children’s welfare does not give them any right to kill other people’s children by deliberately and criminally spreading contagious diseases. 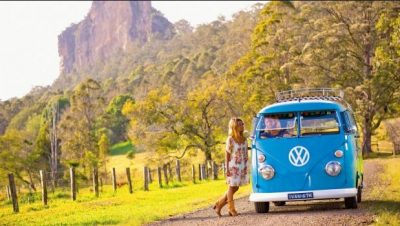 Anti-vaxxers have no place mixing with decent Australian society.  No-one has the right to infect someone else’s child.  Unvaccinated children have no place mixing with other people’s children in kindergartens and schools.  Frankly, the anti-vaxxers need to be outlawed as a death cult.   Better still, round them up and quarantine the lot offshore just like they used to treat lepers.  Re-open Peel Island for the anti-vax coven; else Phillip Island south of Norfolk Island would be better. 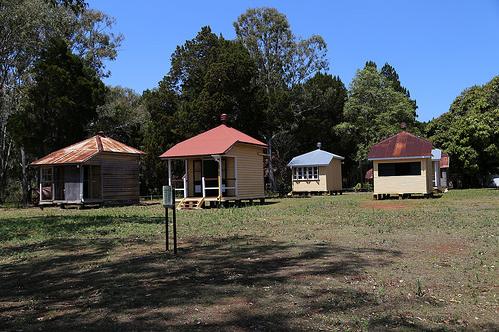 Chickenpox is a highly communicable disease caused by the varicella virus.  The incubation period for chickenpox (the period between getting infected and the pox appearing) is usually 14 to 16 days but can range from 10 to 21 days. A patient is infectious 1-2 days before they get the rash until all the blisters have dried up. This usually takes 5 to 7 days.

Signs and symptoms start with a rash usually first appearing on the chest, back or face.  At first, the rash looks like small pimples. These later become blisters full of fluid.  Most patients are unwell for about five to seven days and experience a mild fever.  The rash of itchy pimples spreads across the body, including inside the mouth.  The patient feels tired and irritable.

Chickenpox is easily spread by direct contact with a person who has chickenpox, or by fluid droplets in the air when they cough or sneeze. A person with chickenpox is infectious to others from one to two days before the rash first appears until the last blisters have dried up. 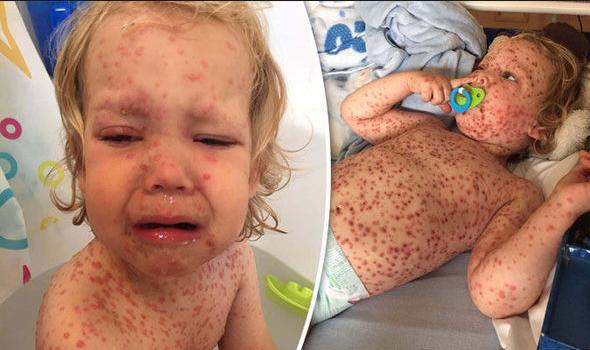 Being a virus, chickenpox cannot be treated with antibiotics.  Once infected, treatment can only be to relieve the symptoms – especially controlling the itching from the rash. There are many medications and creams available from local pharmacies, traditionally Calamine lotion.

But we’re not offering medical advice.  Consult your doctor.

Queensland’s Health Minister has issued a public alert to parents to immediately vaccinate their children as well as the elderly and sick, who are most susceptible to succumbing to the virus because their immune systems are not as resistant as fit health young adults.  Parents who don’t immunise their children are putting their own kids at risk, as well as the children of other people, and particularly ignorant unvaccinated adults. 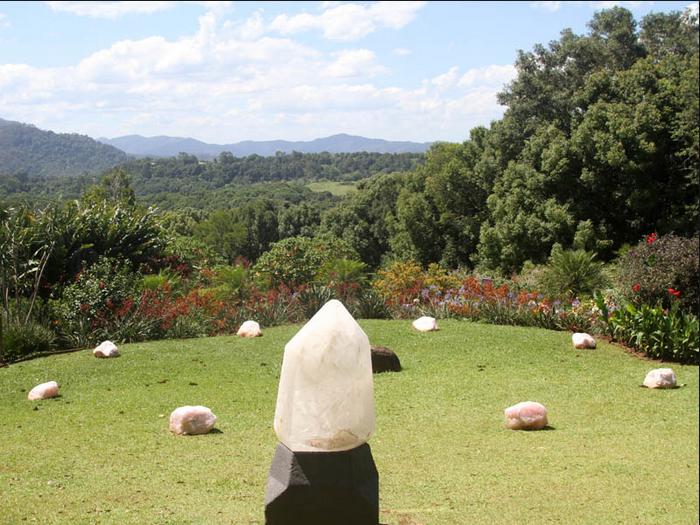 Mullumbimby:  Home of the ‘Big Crystal’ and baby killing capital of Australia

Around a third of children in Byron Bay (just 20km south of Mullumbimby) are not vaccinated.

Mother Toni McCaffery of Byron Bay has just reported that her baby died as a result of whooping-cough.

Her baby girl, Dana, died in 2009 at Lismore Hospital, 50km south of the Mullumbimby hotspot.

Ms McCaffery is now part of the Northern Rivers Vaccination Supporters, a group which helps to promote informed debate about immunisation.

The Mt Warning Community preschool, 40km north-west of Mullumbimby, has almost half the children completely unvaccinated.  Anti-vaxxers have made an industry out of the cult.  From natural therapists to organic food stores, wellness coaches and yoga tents, it’s become something of a lifestyle.

This is despite accepted medical science long proving that immunisation is the safest way to protect children from vaccine-preventable diseases.  Vaccinations protect young children from sixteen serious infections including:

Each of these diseases can be deadly and many are highly contagious and can lead to public health epidemic.

The hoax propaganda film was cobbled together by discredited British researcher Andrew Wakefiled and his dodgy cult ‘Autism Trust USA‘ now based in Austin, Travis County Texas.  Not surprisingly the cult’s anti-vax hoax fear targeting ignorant young mothers, has disseminated across Austin.   In April 2018, a rare tick-borne disease commonly associated with sleeping in rustic mountain cabins showe up in caves around Austin, Texas, potentially placing cave workers and the public at risk for infection.

“These people are spreading misery, hurt and harm and nothing else.  They don’t have a message that is even remotely worthwhile, interesting or worth debating.”

Health Minister Cameron Dick called for Queenslanders to boycott screenings and said venues should refuse to show the film.  “The anti-vaxxer agenda is dangerous and ill-informed,” he said.

Then there’s this Brisbane mother who offers a ‘chickenpox parties’ for parents and their infants to infect them with the disease.  Why would she do this?  So parents can get the chickenpox ‘over and done with’. Because, she claims, it’s a less serious illness to contract when you’re young.  What a witch! 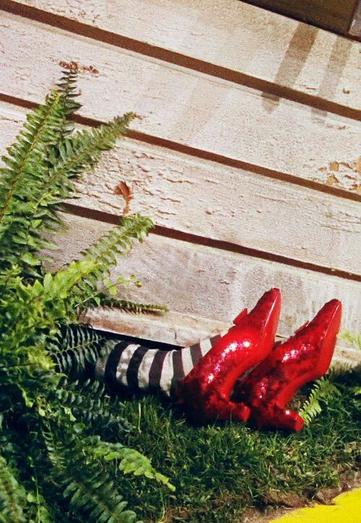 Prevention:  Vaccination is Vital for Everyone

Throughout First World Australia, a chickenpox vaccination is given to children aged 18 months as part of their normal schedule of vaccinations. It is very effective, has few side effects and is free under the National Immunisation Program (NIP).

A second dose of the chickenpox vaccine (booster) can be given to further increase protection. This needs to be given at least one month after the initial vaccine. 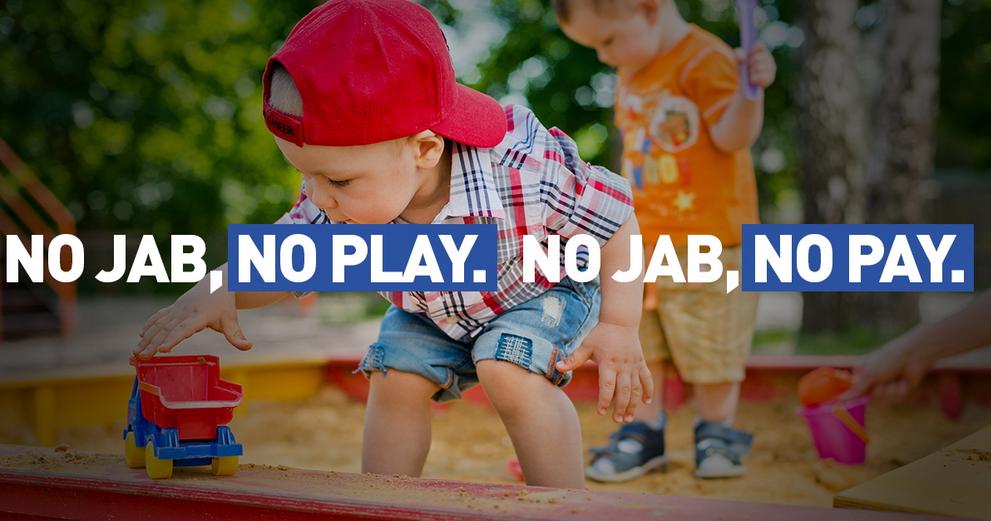 Chickenpox can be more severe in adults.   Vaccination is a safe and effective way to protect individuals and the community from contagious diseases like chickenpox.

Chickenpox is one of many vaccine-preventable diseases which has seen a recent resurgence.  To prevent future outbreaks, it is critical that the public health community identify the best ways to encourage vaccination and reduce vaccine refusal.

The chickenpox vaccine also protects you from getting shingles later in life. Shingles is a painful rash caused by the varicella-zoster virus, which is the same virus that causes chickenpox.  The shingles rash develops into itchy blisters, usually on one side of the body, either on the face, chest, back, abdomen or pelvis. They can take several weeks to settle.

Shingles can occur at any age, but it usually affects older adults who have not had chickenpox, by simply coming into direct contact with fluid on the blisters of someone who has shingles. 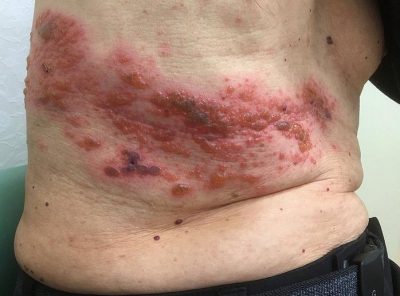 Shingles vaccines are given as a needle and are only available on their own (not as a combination vaccine). They can be provided by a variety of recognised immunisation providers.   Shingles vaccine are generally available for free via one’s GP under the National Immunisation Program (NIP) in each Australian state and territory.