Multicultural Melbourne is working like a dream, a bad dream that is.  What happens when a gang of unemployed African offspring walk into Alfreida Street in Melbourne’s St Albans?

Well, Christmas Day and the Vietnamese owner of pork roll joint Sông Hương Restaurant was outside seated alfresco on the footpath puffing on his Thăng Long cigarettes with his old Việt Cộng comrades.  Then this pitch black Abeed swaggers up with his hoodie bros, and demands:  “Hey g#@oky, give us the spliff or we’ll bash ya.“

So it was on for young and old, black and yellow, in downtown St Albans, Christmas Day and all.

Plastic chairs flew everywhere like it was multicultural Moomba 2016 all over.   Vietnamese offspringers are vowing revenge after the following video of their old folk being attacked by the Afro thugs went viral:

The scene had been a mini copy-cat Multicultural Moomba 2016 repeated: 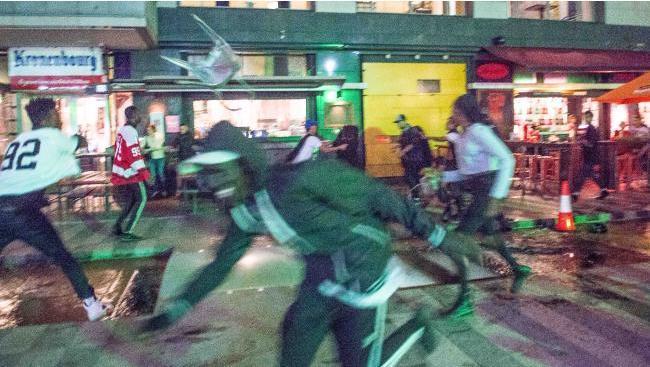 Africans must have a thing with throwing alfresco plastic chairs

One Vietnamese woman said she had been at the pork roll joint to feed her young son during the fight.   ‘It’s sad to feel unsafe in your ‘homeland’. The Vietnamese community stuck together and defended themselves,’ she said.  The woman claimed the men of African appearance did not ‘deserve’ to be in Australia, and claimed her immigrant community had done a better job of assimilating than the one the alleged attackers belonged to.

Another Vietnamese woman wrote on Facebook “Why we let them in, feed them and give them money for making trouble to us, what is the Australia law?  It’s not fair – we are working hard, paying tax and support these mother f***ers.” 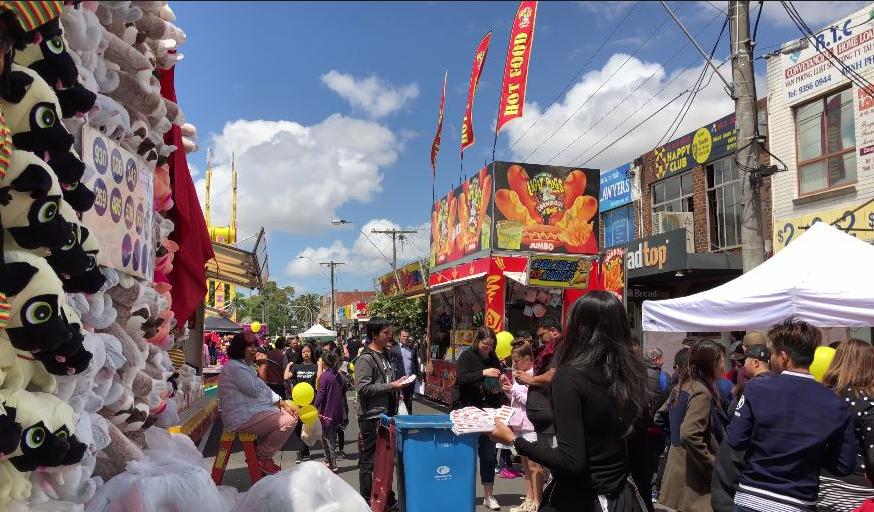 Victoria Police have typically blind eyed the brawl, reckoning some “ongoing investigation into the fight”, but of course no charges will be laid due to Spring Street’s African gangs multiculti impunity policy.

Alfreida Street in St Albans is situated about 15 km north-west of Melbourne CBD within the refugee welcome zone that is Brimbank City Council.  St Albans was established as an agricultural town in 1887 on the rail line.   Since Labor’s Gough Whitlam and the Liberals Malcolm Fraser developed their taste for Asian mass immigration, hate of White Australians and imposed multiculturalism upon urban Australia.

St Albans has steadily been overrun by Việt Cộng.  Alfreida Street in St Albans has since been saturated by Việt to becoming one of Melbourne’s little Saigons with dozens of Vietnamese shops (cash onry) and thousands of incoming Vietnamese. 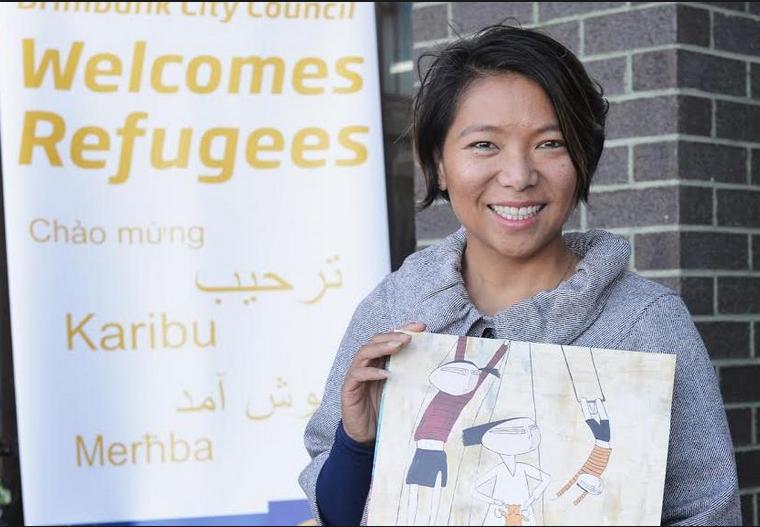 Brimbank City Council is prejudiced to developing and fostering a diverse ethnic community.   As a Refugee Welcome Zone, Brimbank Council has declared its commitment in spirit to welcoming refugees, upholding the human rights of refugees, enhancing cultural and religious diversity, and to expelling remnant White Australians to make way for the mass influx. .

St Alban’s is one of many vibrant and diverse ethnic enclaves of Melbourne lifestyle enriched especially when Africans meet Asians.  But don’t blame these vibrants for their reckless violence against their fellow refugees. They’re only expressing their frustration with the system of White supremacy which we have going on here in Australia. 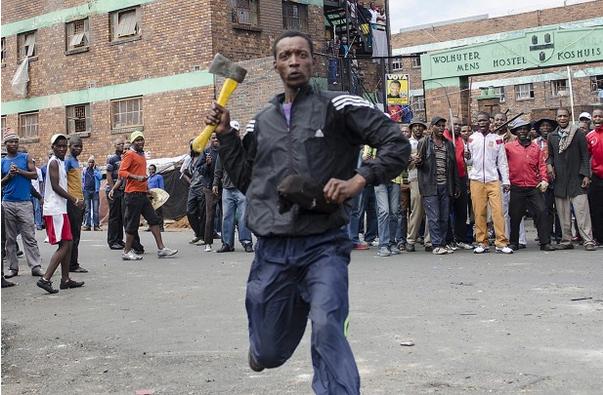 Such brawls are not uncommon with the Vietnamese neighbourhoods which are seen as an easy target by the marauding Africans, who fear no law, since no law seems to apply to them – something even the Vietnamese have noticed.

Angry posts on social media are calling for Vietnamese to come together to fight back the Africans who are, according to anecdotes, making life hell for them. They report common theft, assaults, and even rapes, with their business strip the hardest hit.

One social media message read: “This message to all Vietnamese people in West Melbourne. You rather just stand there and watch your children or family been (sic) robbed, bashed, raped and then do nothing — or join us to protect our love (sic) one from this.”

Another called for “Aussie/Vietnamese alliance now! The enemy of my enemy is my friend and together we drive these savages back into their holes.”

That last comment was naïve since it was Australians, sadly, who brought this whole shocking situation down on other Australians and now the other races they have glibly imported to fulfil both capitalist needs and gratify liberal sentiments.

Indeed, they built a rod for our backs and their treason knows no retribution.

None of this happened under the White Australia Policy, and it’s far from Africans alone who are a problem. We must contend with the soft invasion of the Chinese, the cultural incursion of the Moslems from Arabic and other backgrounds, and the overabundance of Indian people overspilling into our cities.

It will be interesting to see how the Anti-racist tide handles this unabashed honesty of the Vietnamese who in their own words say that Africans “do not deserve to be in Australia.”

Refugees laying into refugees?  Australian Citizenship is a privilege, not a right.  It needs to be conditional – violence triggering auto-cancellation. 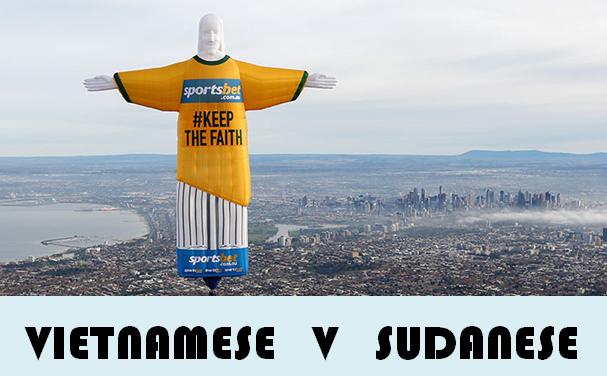