Well tell us what other country would put up with tanty Cathy and lewd Mitch?

How more tolerant can Australia be?

Next we’ll have a black president.  Fair dinkum!

If foreigners to Australia think they’ve got the raw end of the stick, take a bloody cold shower and take a fair suck of the sav!

It’s about as tolerant as having an annual PC Australian of the Year. 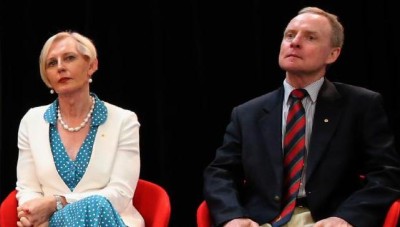 With these two leading our Army, ISIS must be shakin’ in its boots.