If multicultural ethnic food looks odd and smells odd, it is.  Remember the last time you tried one of them dodgy Vietnamese Rolls and nearly died around the corner?  To anyone who’s had food poisoning, it’s about as close to a near death experience as one could get. 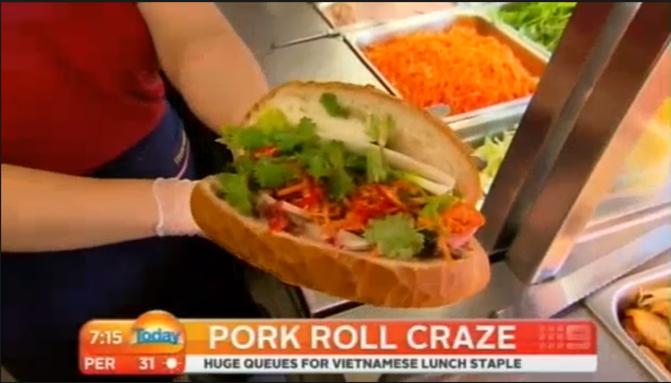 Did we say the only good thing about multiculturalism was the food?

Don’t go there!  There is nothing good about multiculturalism!

In Sydney’s south over the Australia Day Long Weekend, a Vietnamese bakery managed to poison 150 Aussies with salmonella contaminated Vietnamese pork, chicken and schnitzel rolls.  Salmonella is mainly spread to humans when they eat under-cooked food made from infected animals.

Meet the immigrant owner of Box Village Bakery and Cafe situated in Sydney’s southern suburb of Sylvania. Dodgy ‘Johnny’ (not his real name) is straight from Third World Vietnam. His real name is Hien Dau (49) and his lot arrived in Australia by plane only to be let loose on to the Australian community.  They think they can carry on like it’s slum-standard Third World Vietnam. 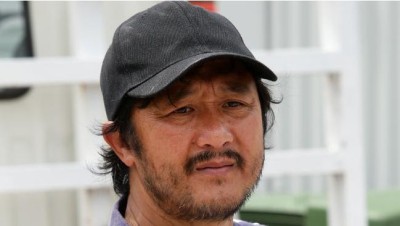 Smiling Mike Baird’s Liberal New South Wales government turns a blind eye to ethnic arrivals into Sydney.  Like Labor, the Libs are blinded by immigration and multiculturalism no matter what the social or health costs to Ordinary Australians.  Third World health and food standards don’t even come close to First World Australia.  The scum arrive and set up food business with bugger all screening and no cultural checks.  There’s no First World education and training or even awareness of our higher standards.

Many can’t even speak Engrish. 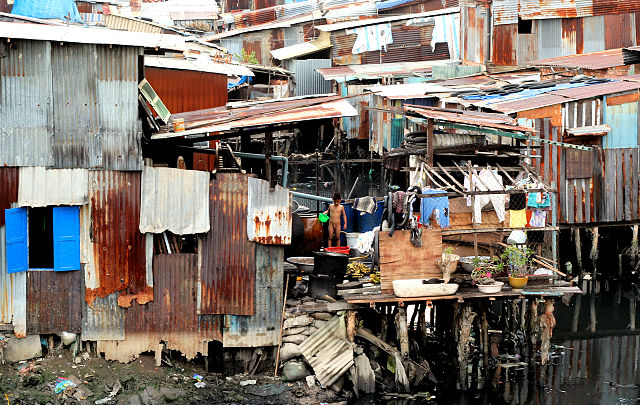 Local Aussie, Mr Sullivan said he, his son Cooper (11) and daughter Tia (5) all ate a Vietnamese roll from the joint on the Sunday.  By nightfall they all were seriously crook, went to the GP only to be rushed off to hospital.

Dozens of customers had diarrhoea, projectile vomit, stomach cramps, fever, dehydration, gastroenteritis, abdominal aches and pains.   Another angry father, Ross Paull, placed a note on the door of the bakery on Tuesday, saying “you made my family very sick!!”.  Understatement. 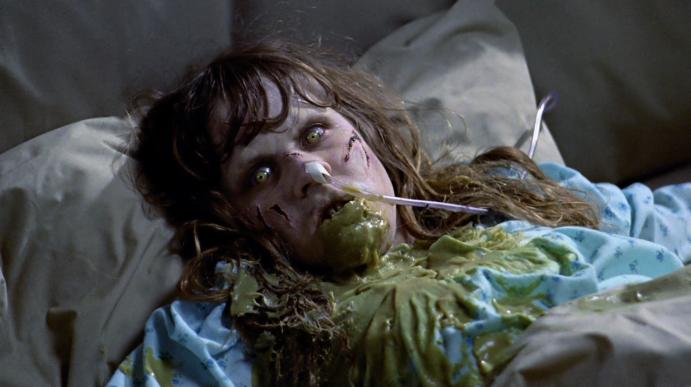 One customer, Katrina, said her two sons, aged 17 and 18, both fell extremely ill on Friday after eating Vietnamese rolls from the Vietnamese bakery come cafe, but she couldn’t take them to hospital because their symptoms were so severe.

“The only reason we didn’t take ours [her sons] to hospital was because they couldn’t get out of the bathroom long enough to travel anywhere,”

More than a hundred unsuspecting customers had to be rushed off to nearby St George and Sutherland hospitals, testing positive for salmonella poisoning.

A pregnant woman with her first baby and her husband ate a Vietnamese roll with gravy from the Sylvania bakery over the weekend.  Mrs Buchanan said she and her husband, Caine, had travelled up from Kiama to Sylvania to attend a birthing class at the weekend when they stopped at Box Village Bakery and Cafe for lunch about 1pm.

By 8pm, Mrs Buchanan was violently ill with intense cramping, vomiting and diarrhoea. Mr Buchanan drove her to Shellharbour Hospital about 1am on Monday. By then, he too was experiencing some of the same symptoms.  Mrs Buchanan was transferred to Wollongong Hospital, where doctors kept watch on her falling blood pressure and worsening loss of fluids.

Doctors decided to operator when unborn Ava’s movements slowed.  She was forced to undergo an emergency premature caesarean with the baby five weeks before her due date.  Then she was rushed back into ICU at the hospital straight after the delivery.  Fortunately the baby was ok.  But doctors told the family that the mother had suffered internal bleeding because of the food poisoning, and that a younger baby of a lesser weight might not have survived the stresses of the food poisoning.

So dodgy Hien Dau nearly had a homicide on his hands, if not a potential mass homicide – Vietnamese Roll Terror Attack.

Her husband was actually in hospital at the time, but because he was sick he wasn’t allowed to come into the theatre with me to see the birth.

Understandably, Mrs Buchanan has said “it was all very stressful and frightening.”

They will never forget that Australian Day and never go back.  The bakery has a sign on the window stating: “You grubs, my son is still in hospital because of you.” 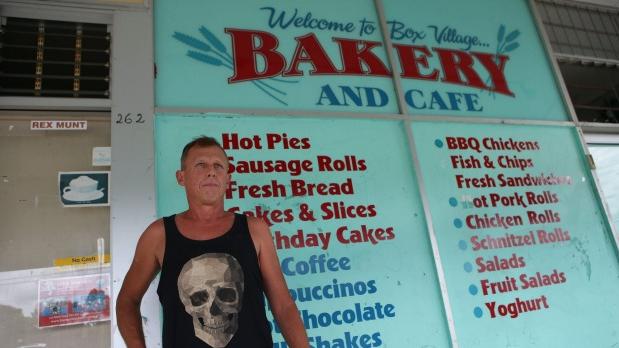 Vietnamese Bakeries:  eat here and die around the corner!

Box Village Bakery and Cafe has been closed while the NSW Food Authority conducts an investigation.  Bullshit.  It’s a bit late for 150 unsuspecting Aussies!

Dodgy Johnny has apparently written an apology note.  Mr Sullivan reckons “It looks like they were sitting in the toilet when they wrote the note using a black marker and scrap bit of paper.”

Where’s the pork or chicken come from?  Imported road kill by slow boat from the Ho Chi Minh slums?  And that butter in the Vietnamese rolls isn’t butter; it’s pork liver pâté, from Vietnamese pigs. 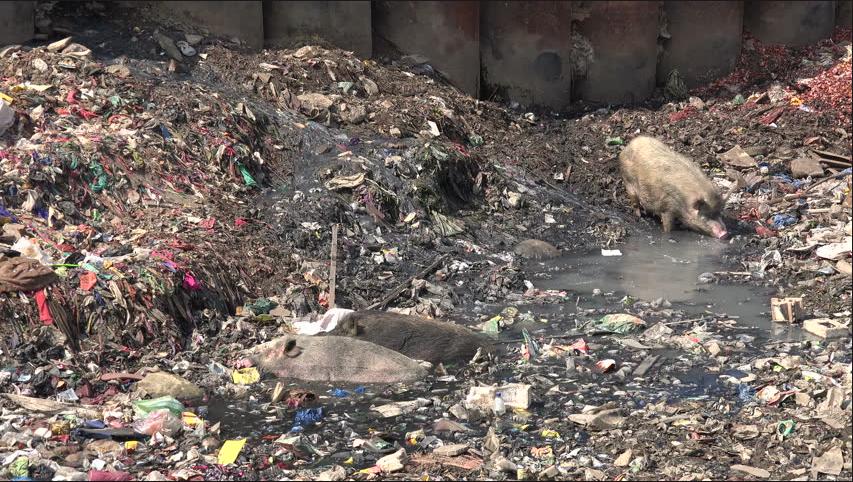 Third Worlders have got iron genes allowing them to grab gangrenous bush meat from a slum street sewer, throw some spice over it to hide the putrid taste, gobble it up and live the tell the tale. 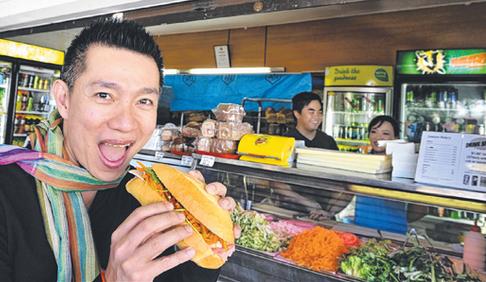 Aussies would simply die within hours.

Asians squat on the toilet seat and don’t even wash their hands. 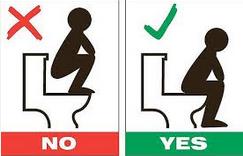 Aussies are wise to stick to safer Aussie tucker prepared by reputable Aussies.

And the Australian Olympic Team is going to Third World Brazil with the Zika Virus at pandemic levels!   Fools!   The aquatic events (sailing, rowing, canoeing, triathalon and open distance swimming) are to be staged in Rio’s known sewage-infested Guanabara Bay.

First World nations like Australia should boycott the 2016 Rio Games for being dangerously unsafe. 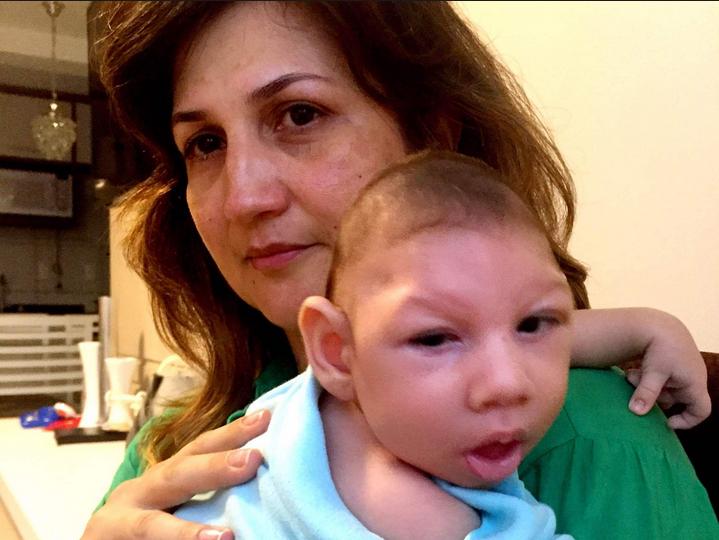