Do Ordinary Australians really give a toss about the bile emitted from Canberra, from pollies who insist we “do as I say not as I do“?

So Treasurer Scott Morrison in his latest budget update yesterday wants us to invest, spend money and pay our taxes so his economic figures look good and so he can reduce his government’s $36 billion debt.

He announces that in the past year he has paid of $600 million, less than 2% and that his government has blown out the budget deficit by $10.4 billion.  Then he tries to convince us that he will pay the rest off in four years time and to be in surplus by 2021.  Then he says things will get worse before they get better.

Pull the other one!

The Liberals deceptively scaremongered voting Australians about Labor’s massive debt simply to secure power back in 2013.  But since then net debt is $100 billion higher than what the Libs inherited from Labor.  So the election campaign was a fraud.

Then Morrison bleats about the “fog of unreality“.  Well there’s plenty of that around Canberra. 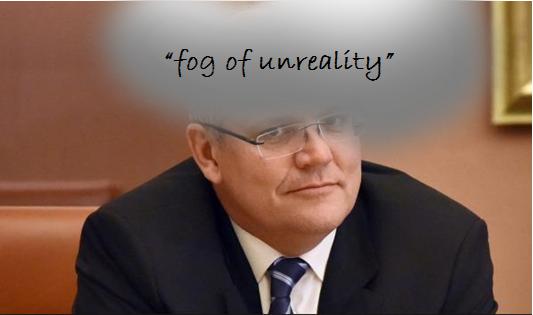 Meanwhile all the pollies have given themselves two months holiday from December 2, due back to work on February 7, 2017.

Some elites are indeed more equal than the rest of us.

For Ordinary Australians, it’s just business as usual.  And the smart ones pay and accept cash.  The smarter Australians stash their cash for a rainy day. And Australians will need a decent cash reserve the way things are going.

The Liberals, just like Labour, have allowed the cost of living to soar hiking up basics like rents, mortgages, electricity, council rates, bank fees and insurance premiums.  But we don’t earn any more.  We just get squeezed more and more.

Bugger Treasury and bugger the Tax Office.  They let the big crooks like multinationals, the LNG industry, foreign students and even backpackers avoid tax and yet do nothing about it.  Ordinary Australians are missing out on $12 billion in unpaid compulsory superannuation, yet the regulator, the bloody Tax Office, does sweet all about it.

So why should Australians fund the Tax Office to be even more incompetent?

So the Libs are setting up a Black Economy Taskforce to get stuck into Chinese and Lebanese organised crime – better late than never.  How about deporting the Third World problem instead of spending another billion on more Aussie gaols to house the imported filth? 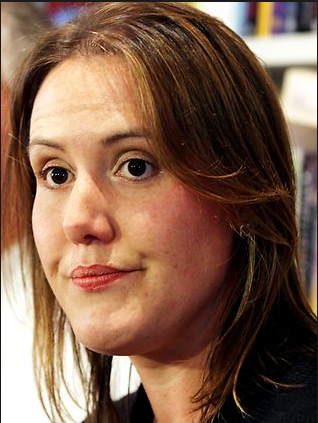 Kelly O’Dwyer, looks like she knows what she’s doing?

So they’re going to scrap the $100 note to somehow “close down any potential loopholes”, claims Revenue and Financial Services Minister Kelly O’Dwyer.

Why pay bank fees?  Banks don’t pay us interest. Cash retains its value better in a home safe than in a bank account rorted by fees. Why let the government know how much money you have?  The plan to do away with cash is a global bank campaign to control all wealth and make even more obscene profits in the process.

O’Dwyer’s clichéd justification of using taxes to fund schools and hospitals is crap.  Cuts to both sectors are ongoing.  Canberra will just waste our taxes, just like old Kerry Packer famously once retorted.

The Cash Resilient Household does not trust government