Some 524 alien queue jumpers seeking a free good life in Australia have escaped from Australia’s Immigration detention over the past ten years and 154 remain on the run from authorities.

Hundreds of visa over-stayers and asylum seekers have scaled fences, fled on day release programs or simply vanished after being released into the community on bridging visas.

Since November 2011, eleven asylum seekers released into the community on bridging visas have absconded in breach of reporting requirements.  Of 98 escapes in 2010-11, only one person was from community detention and had since been found.  People smuggler Captain Emad took a flight to Malaysia just a few weeks ago under the noses of Immigration officials.

But this is only a fraction of the 4052 people approved for community detention since the program was expanded two years ago.  That’s a number Greens Sarah Flood-Gate Young would be happy with. 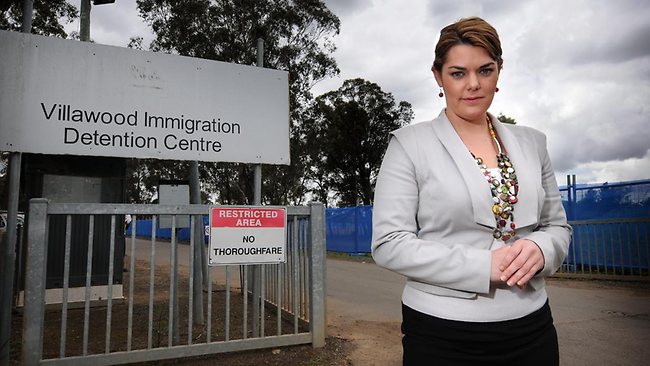 It is clearly time for our Australian Government to sack the outsourced private firm running Villawood Detention Centre, SERCO.  It is time the Australian Government accepted its responsibilty for border control and took direct charge of these detention centres, and stopped building more.

The current weekly arrivals of illegal aliens and their infection into the community is intolerable.

In May 2012, Immigration official Kate Pope told Budget estimates that 13 “clients” had absconded from community detention since October 2010. Last April in 2011, the asylum seekers rioted at Villawood and torched the place, destroying nine buildings.  Riots and damage have also occurred at Christmas Island and Darwin and so far the alien damage bill comes to $17.636 million.

That $18 million needs to come out of Gillard’s overseas aid.  So far this year, the LibLab puppet has written a cheque for $5.8 Billion to fund foreigners!   As if our hospitals, schools and childcare back home is wallowing in cash. 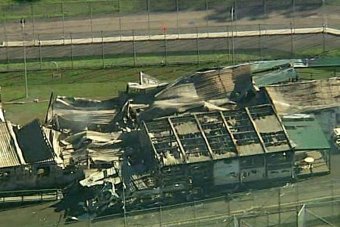 Villawood Detention Centre in Sydney, guttered by the illegal aliens

Send dem back.  Why do we import criminals?