Labor’s Carbon Tax is going to price your business out of business, consumers out of affordable food!

Julia “There will be no carbon tax under a government I lead” Gillard is set to impose her unelected Carbon Tax on Australia on 1st July.   It will hand Labor another $300 million in extra taxes from Australian businesses and industry, which will simply pass on the tax costs to ordinary Australian consumers.

Labor’s Carbon Tax is just like another Howard GST – a government new tax slug.   It won’t make any difference to the world’s CO2 emissions because Australia only contributes a mere 1.4% to total annual global emissions.  Labor is hell bent on continuing to sell millions of tonnes of coal annually to China anyway so that Chinse industry can burn it and make exponentially more CO2 emissions – 23% of the planet’s bad air, some 7 billion metric tonnes a year!

The Carbon Tax is just another Labor tax slug based on misinformation. Gillard Labor promised there would be no carbon tax on refrigerant gases, but have since cobbled a massive carbon tax formula based on density per tonne.  Labor’s concocted Refrigerant Levy is set to increase the wholesale price of refrigerant gas by at least 500%!

Labor’s spin to the electorate is that the refrigerant gas tax will only make a difference of $4 to every refrigerator.  But Labor failed to mention that every refrigerated appliance brought into Australia will be subjected to Carbon Tax when the gas is self-contained within the fridge.

But it’s the refrigeration serving that will bite.  A 10 kg bottle of refrigerant gas (used in industrial airconditioning units) currently costs around $400.  Labor’s Carbon Tax will jack this up to around $2000 from 1st July 2012.  A butchers cool room system may require a refrigerant charge for 15KG of synthetic refrigerant costing $2400.  Imagine the proportional cost to supermarkets and shopping malls!

So every factory, warehouse and retail shop that relies upon airconditioning, as soon as it develops a refrigerant gas leak, will have to buy more refrigerant at Labor’s over-inflated price.  Every refrigerated truck that transports perishable foods to supermarkets will also have to pay the hike.

How will Australian retail cope if it can’t cope now?

The Air-conditioning and Refrigeration Association of Australia has been screaming to Labor to stop this crazy tax.  The Association knows this price rise is obscene and unaffordable.

This will force many businesses to the wall.  It will be the tipping point forcing struggling families out of their homes.  Gillard’s compensation and rebates are nothing more than a passing Queen throwing coin into a starving crowd.

So anyone with airconditioning at home, you better hope your unit doesn’t develop a leak, otherwise if you canlt afford the thousands to repair the refrigerant, you will swelter.  Many aged and frail citizens living in Australia’s extreme summer heat, such as those across northern Australia and in Sydney’s west, could well die of heat stroke.

The Carbon Tax is set to be a dud just like Gillard’s ‘Education Revolution’ where school literacy has only gotten worse and in which hundreds of millions has been wasted building school libraries that may now not be used since Gillard Labor has encourages kids to go online.

Labor has lost touch with Australian cost of living completely. 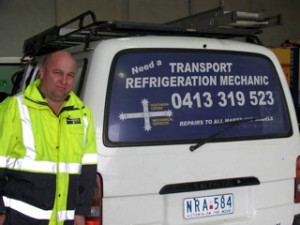