“A national debate developed in 2016 upon freedom of speech and expression in Australia.

It concerned the effect of the Racial Discrimination Act 1975 in stifling freedom to talk about or discuss matters of race and ethnicity.  The debate had already begun when several young Queensland University students were found in violation of the law. The Human Rights And Equal Opportunity Commission (HREOC) decided they had contravened the law and decided that ‘fact’ without their knowledge a complaint had been made!

The students finally pleaded innocence when the ‘case’ against them was heard for enforcement in the Federal Court – and they had the matter dismissed. The debate was fuelled further after a national newspaper cartoonist was ‘complained’ against for an alleged breach of the law. 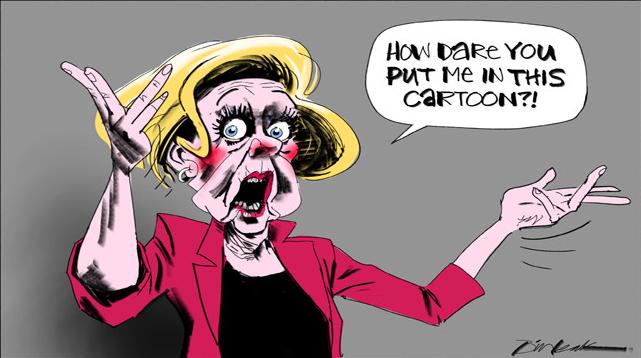 One Section of the Racial Discrimination Act was at issue. It was the notorious Section 18c.which impedes freedom of speech upon the ‘hurt feelings’ of supposedly aggrieved people.

Offensive behaviour because of race, colour or national or ethnic origin:

(1)  It is unlawful for a person to do an act, otherwise than in private, if:

(a)  the act is reasonably likely, in all the circumstances, to offend, insult, humiliate or intimidate another person or a group of people; and

(b)  the act is done because of the race, colour or national or ethnic origin of the other person or of some or all of the people in the group.

People making complaints for ‘hurt feelings’ have run a scam. They complain to the HREOC which inevitably finds it cannot “conciliate” the complaint and it is sent off to the Federal Court for orders. The case can be reheard which takes time. Here, alleged offenders are obliged to spend heavily in their defence and to pay costs when they lose (as they inevitably do). No complainant (as far as I can see) has ever seen any monetary compensation (sic) for the ‘wrong’ to which he was supposedly subjected (that would be a separate civil proceeding) but they try for the ‘apology’ and the finding against the ‘racist’. 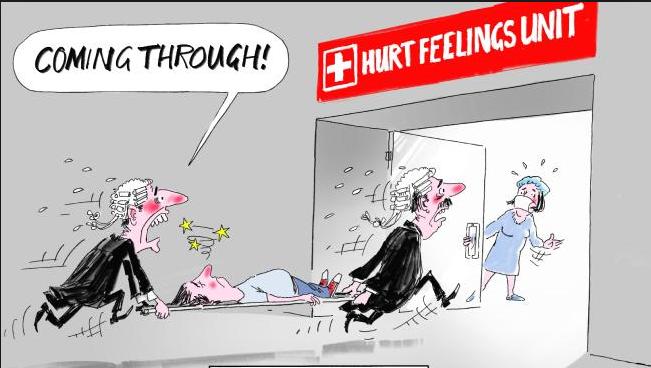 There have been a few of these cases over the last twenty years – often brought by members of the Jewish community – against marginal people and groups who have been financially destroyed by the process.

It is very likely that this anti free speech law will be repealed soon and so it should. However, we cannot be sure, as Jewish and Muslim and other minority groups, have clamoured to the present Federal government for “protections” and have demanded that the law remains.

As noted, Section 18c is an administrative process and has no criminal penalty. That was obviously deliberate. It was conceived to avoid the position that the ‘racist’ was any sort of martyr or political victim, but someone simply the subject of complaint for not behaving ‘correctly’.

Nonetheless, it is clear that the HREOC has nearly always ‘got its man’ and few have escaped its grip. Would that be because the staff are politically correct and skew the proceedings? However, it is the cost of the proceedings to the accused that is the point. There is no legal aid and in the Federal Court the complainant will find himself well represented and the ‘racist’ hardly at all. So the process is the trial. The racist is terminated economically when he is forced to pay the costs of the complainant and he dare not speak again.

However, Section 18c is not alone.

The laws of the States and the Commonwealth Racial Discrimination Act certainly stand guard everywhere to police the thoughts of citizens and threaten them with gaol if they do not comply.

It is correct to campaign that these laws in their totality are worthy of repeal, not simply the ‘Section 18c’ which has attracted so much comment. They are intimidatory laws. Yet, the current debate has not reached deep to the true base of these laws. These laws are not just some sort of liberalism gone mad, not some exercise in posturing by idiotic moral guardians. Indeed, it is easy to blame run-amok-liberals and Human Rights thought-policers and call these laws some expression perhaps – of cultural-marxism.

No, these laws have a deeper history and meaning in Australia.

I would speak of the anti racial vilification laws as part and parcel of the sedition laws.

At the same time that Section 18c came into force, the Commonwealth laws on sedition were being discussed privately that they be re-written. No one really heard too much about it and the media has avoided any discussion of them at all points.

Sedition is an old offence and it was written up into the Commonwealth Crimes Act, alongside treason and treachery. The sedition laws were effectively created in the 1920’s. They were aimed at the Communist Party and at any militancy in the trades union movement. They were all about stopping those who incited feelings of hostility between “different classes” of people.  Of course, the Communist Party of Australia preached class war and tried to act it out. The Australian Labor Party proclaimed class unity, but it demanded the uplift of the working class – and that was enough to make the dominant class ‘suspicious’.

The sedition laws were an aspect of the class war from above. Australia’s traitor class needed a weapon to protect its property, not only from foreign-connected class enemies (as the communists were), but from other Australians who demanded social justice.

We read as follows:

S24A (1) Subject to sub-section (2) of this section an intention to effect any of the following purposes, that is to say

(a) to bring the Sovereign into hatred or contempt;

(c) to excite disaffection against the Government or Constitution of any of the Queen’s dominions;

(e) to excite disaffection against the connexion of the King’s dominions under the Crown;

(f) to excite His Majesty’s subjects to attempt to procure the alteration, otherwise than by lawful means, of any matter in the Commonwealth established by law of the Commonwealth; or

(g) to promote feelings of ill-will and hostility between different classes of His Majesty’s subjects so as to endanger the peace, order or good government of the Commonwealth,

..IS A SEDITIOUS INTENTION.

The penalty was three years imprisonment. Such laws were cast over a wide range of opinion and clearly restricted freedom of political discussion. The laws could mean whatever the Prosecutor said.

There were also references to seditious “organisations” and these could be dissolved by the order of a Justice.

There are cases on the books involving prosecutions under the sedition laws, but generally they only related to the Communist Party over almost a forty year period.

It is significant to our present discussion, that in 1975 when the notorious Mafia pimp and race discrimination warrior Al Grassby wanted to criminalize ‘racists’, he thought these laws might serve to deal with them. All it took was defining ‘classes’ of people in another way.

At that time, Grassby did not get his way on vilification laws, only laws to enforce ‘equality’ at a community level, but it was a start. It may be too, that Grassby was also fighting the new class war from above, the war of the rich traitor class to alter Australia’s demographics as one necessary element of its assertion of an ‘Asian Destiny’ for our country.

For our purposes here, I regard that matter as decisive. The change inside the Australian state at that time was based upon the change in the direction of capitalism.

From a more restrictive part-national / part US imperial integrated form, it went international (as did the system in other Western countries), seeking to break down national barriers to industry and labour transfer, to the movement of capital and for the rapid creation of international institutions to serve it.

The final phase inaugurated after the collapse of East European communism, has been globalism. In other words, national particularism of any sort progressively became an enemy of internationalist capitalism from 1975 (at the advent of Fraser’s internationalising government in Australia), and hence ‘racism’ was a new threat (sic) to all Western societies, a new dangerous internal enemy in Australia as the communists had been perceived in earlier days.

In 2006, a decade after the Racial Vilification Act 1995 amended the Racial Discrimination Act 1975, the Commonwealth Criminal Code Act was amended. It addressed the matter of violence on matters of race (and political opinion?) and was the obvious accompanying Act to the vilification law.

(5) A person commits an offence if:

(a) the person urges a group or groups (whether distinguished by race, religion, nationality or political opinion) to use force or violence against another group or other groups (as so distinguished); and

(b) the use of the force or violence would threaten the peace, order and good government of the Commonwealth.

This section could be applied broadly. Although certain “good faith” provisions operate for anyone charged under it (and we may ultimately be pleased they do!) and in a way far wider than the 18c law (Section 18d allows various good faith defences to 18c although few have tried to use them), and a person may set to prove he did only suggest a correction by government of a mistaken policy, meant no offence, intended no violent action and so on, there are still many dark ways to engineer a conviction. Indeed, the mechanisms of prosecution always favour conviction and a charge would not be brought if the aim was not to suppress an unpopular (with the establishment) person or organisation. The definitions are slippery and the combination of a traitor class pursuing a certain type of immigration policy merges the very notion of how “a group or groups” (a ‘political’ group and a ‘racial’ group) may be distinguished and the use of a show trial process would be their way forward.

Let us be frank. Such a law is the ultimate weapon to protect the state power.

It would be brought forward against an organisation which achieved mass status and was present throughout the community and which challenged the globalist state in a way that meant in a crisis situation it could acquire political power perhaps in a non traditional way. 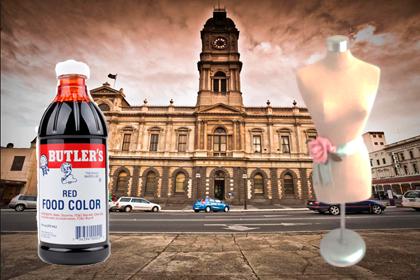 Since Australia is now in the process of recolonisation chiefly by Chinese imperialism with various groups of immigrants used as battering rams against the older European identity, the future use of this law would make ‘sense’. Undoubtedly, it would be suggested that such a breach would be part of a wider seditious enterprise:

Urging the overthrow of the Constitution or Government

(1) A person commits an offence if the person urges another person to overthrow by force or violence:

(a) the Constitution; or

(b) the Government of the Commonwealth, a State or a Territory; or

(c) the lawful authority of the Government of the Commonwealth.

It would be said in any prosecution that the purveyor of racial hatred who had supposedly suggested force and violence was in fact planning the overturn of the government and Constitution of Australia. In that sense, the political criminal would be painted as a diabolical revolutionary.

We are drawn to one harsh conclusion: the sedition laws are a mortal threat to the Australian people, a coiled snake ready to strike!

The organic link between these sedition laws and Australia’s racial vilification legislation has been drawn. Indeed, we might say the sedition laws are the collective father of the race laws. The point is made that the race laws are part of the repressive machinery of state and not simply unreasonable restrictions on freedom of speech.

It is incumbent on all nationalists and other patriotic people to demand an end with these laws and at the coalface of their activism expose them as the last stand of a venal group of empowered individuals – against their own Nationality.” 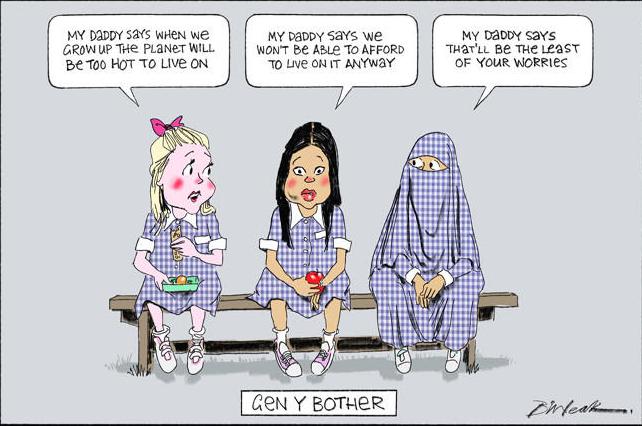