The M4 Western Freeway connecting Western Sydney to the city was paid for many times over by the RTA’s old greedy $2.75 toll.  Both Labor and Liberal governments in New South Wales gouged hundreds of millions out of commuters and truck drivers of Western Sydney and beyond for years.

Macquarie Street pocketed the cash for party political projects in marginal seats reneging on the democratic ‘freeway’ promise.   The rort was finally removed in February 2010 when it reverted to government ownership.  But now Gladys’s Liberals are double taxing western Sydney yet again, and the Labor supports it.

Labor hypocritically is running a no-toll campaign yet for decades it was complicit in the double taxing electoral fraud. Does Luke Foley think we came down in the last shower?

It was Liberal Premier Robert Askin in the late 1960s who initiated the M4 Western Freeway – it was always promised as a freeway, never as a tolled motorway.  However in 1989,  Liberal Premier Nick (the privatiser) Greiner reneged and introduced his double-taxing Silverwater Toll Gate.

So it’s a bit rich for Labor’s Luke Foley to now pretend to have a campaign for no M4 tolls. 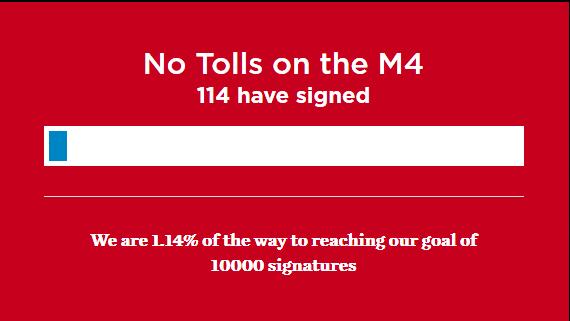 This week the LibLab toll kicks in on the M4 double slugging Western Sydney motorists typically $4.56 each direction. 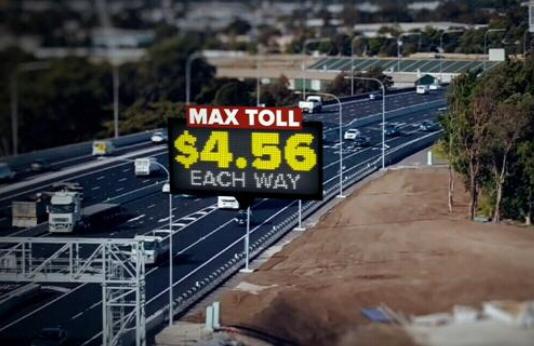 So that adds up to around $2000 a year extra that people from Western Sydney somehow need to find.  But they won’t.  Who can afford that?  Instead they will go without basics like insurance, food, clothing.

Truck drivers will being paying triple that.

Elitist Liberal Premier Gladys Berejiklian has signed off on WestConnex hiking the toll 4% every year for the next 43 years, when it will reach $24 each way.  WestConnext is just the NSW Roads and Maritime Services outsourcing construction to private enterprise.

It’s all because the Liberals set up WestConnex with $17 billion to “ease congestion, create jobs and connect communities” which included and extra lane on the M4 each way.  The extra lane is there but the congestion is too, so what is the toll for but just a double tax for a road in gridlock to nowhere?

The WestConnex tunnels and road widening have only moved the bottlenecks to St Peters, Haberfield and Alexandria to choke and vibrate residential families there driving locals to depression and suicide.

Gladys and Baird have done the same with the Copenhagen thought-bubble tramway through George Street and Surry Hills. That’s cost billions to do nothing as well.

The current RMS can’t even fix Parramatta’s worst road blackspot – the Parramatta off ramp from the M4.  The M4 around Parramatta gets nearly 200 crashes a year.

Sydney’s traffic is amongst worst in the World. GPS manufacturer TomTom’s global Congestion Index report for 2017 ranks Sydney as the 29th most traffic congested city in the world.  But that includes many Third World rickshaw hell holes.  So in comparable First World terms, Sydney ranks as the 7th most congested after Los Angeles, Moscow, St Petersburg, London, Marseille and Rome.

Why would we want to compare ourselves with the likes of Third World Mexico City, Bangkok or Jakarta – the world worst?

So why is Sydney’s traffic congestion so bad?

Simple. Canberra’s imposed mass immigration policy of 300,000+ Third World ethnics year.  Parramatta Council wants to take in many, like Fairfield and wants Parramatta to resemble Hong Kong, complete with all the Third World Chinese and Arabs.

Australia First Party rejects the road tolls.  They are a greedy double tax.  The tolls part of the foreign takeover of Sydney set up to expedite travel between the corridor cities.  It fits with the NSW Government’s immigration ploy to replace Aussie public servants in all its departments with immigrant workers and based them in an increasingly ethnic Parramatta, closer to the non-Australian south-western Sydney ghettos. 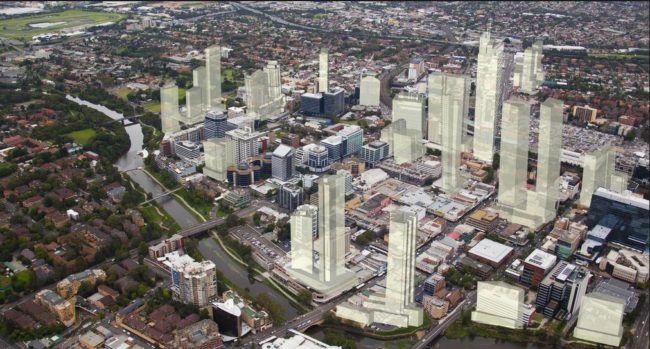 Lucy Turnbull’s coloured vision for a LibLab ‘Megamatta’…that is NO White Australians.

We pay. It is time to organize community resistance and avoid this double tax.  Our candidate for Parramatta Council rejects the tolls and Lucy Turnbull’s globalist high-rise plans for Parramatta.

Give Sydney’s Battlers a Break!