This is the neo-liberalist ‘user-pays’ ideology ramped up to full-blown cost recovery plus some.  Except it’s already been funded out of our taxes. 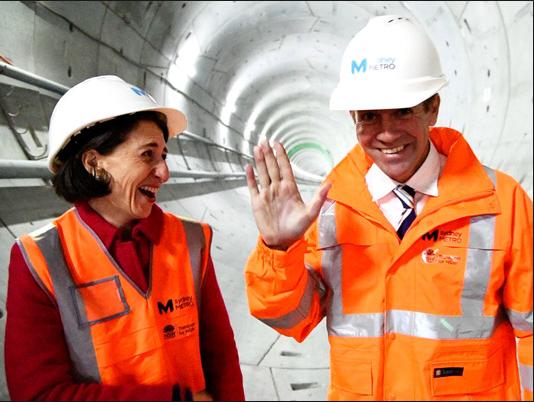 If taxpayers now want to use the M4 Western Motorway, they not only have to pay each way, but fork out $80 for the privilege to get a mandatory E-toll tag stuck on the windscreen.  Government compulsorily perpetually links the tag account to your credit card or by direct debit to your bank account.  The terms you have to agree to authorise them to hike the fees anytime they wish and thieve any amount they wish anytime.  Read the terms!

You have to pay an upfront ‘security’ deposit just to get a E-Toll tag, plus deposit a minimum $40 opening credit.  So effectively it costs $80 just to start letting them slug you.  If you’re account balance with E-Toll drops below $40, their computer automatically slugs you another $40, so they’ve always got $80 of you money in their account at any one time. Think of the cumulative daily interest they’re rorting from us.

If you use the M4, M5 South-West Motorway and M7 then you’re up for $50 for the trip privilege, unless you drive truck and so triple that.  And that’s even though state and federal taxes have already funded these freeways.  If you use one of the current eleven tolled motorways in Sydney without a E-toll tag then the government gives you three days to cough up, after which they gouge an extra $20 penalty, which they call an administration fee.

Big sister Gladys has you by the short and curlies like she did with the Opal card when she was transport minister. 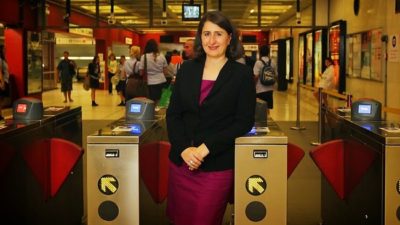 Gladys at the gate:  “Where’s ya ticket?“

It’s a cash cow for WestConnex and it’s foreign multinational owners AECOM, and engineering giant based in Los Angeles. WestConnex boss is a foreigner from Canada gouging an aristocratic salary of $1.11 million a year. 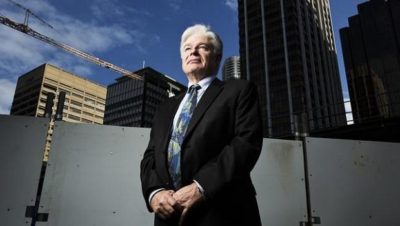 And so who loses out?   Road users stuck double taxed yet stuck in daily gridlock as they watch the high rises sprouting up across Sydney to hose the flood of 100,000 new immigrants a year. Gladys is one of the dozen or so exposed polly dual citizens with half loyalty to Australia. She holds an Armenian passport, and should use it one way!   Bairdy’s gone back into corporate banking with the NAB. 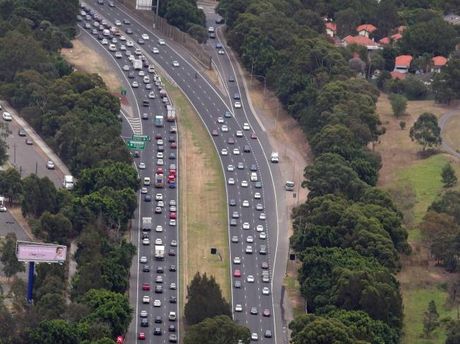 Some locals are resisting this unfair impost and so taking matters into their own hands, installing number plate disguise technologies that keep the plate normal to read to the naked eye, but illegible to toll cameras. 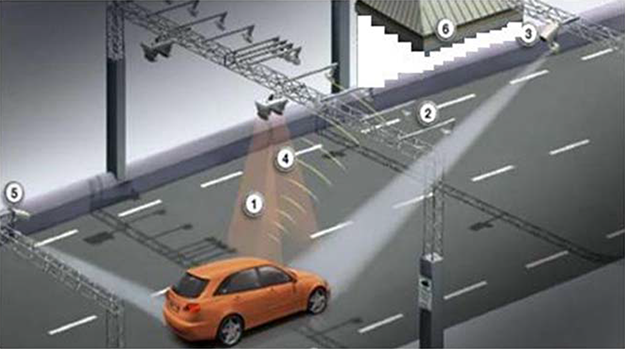 Example:  PhotoShield™ cover is the world’s best selling anti camera cover. It was so effective it was featured in the hit show CSI Miami. Guaranteed to work against all toll, red light and speed cameras. Proven to work by several media and police testing. It has protected thousands of driver over the years helping them save million in unjust tolls and revenue-raising fines.

Of course, we’re not endorsing this, just informing motorists of options out there. 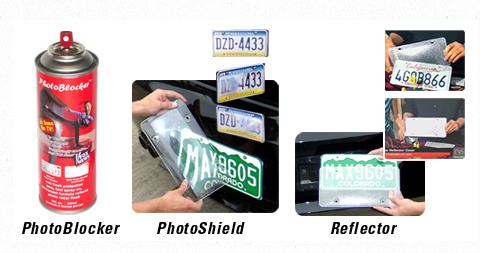 Keep your cash in your pocket, not government’s. 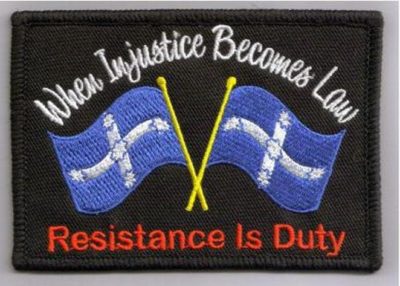