The Liberals in Darwin want a memorial to “honour the Japanese who died” in their bombing raid on Australian soil in 1942.

Surely we can’t be hearing this?

Country Liberal Party (CLP) leader and Chief Minister of the Northern Territory, Terry Mills, a Catholic ex school teacher says: “It happened. We have to be able to process that and be able to then walk on.”

Mills wants to “honour” the 2 Jap Zero pilots who died while they bombed the living crap out of Darwin and another 80 Jap sub crew who were torpedoing Australian and American ships in Darwin Harbour.

You have got to be friggen kidding!  Mill’s ignorant history revisionism is vile.

Any memorial to the vicious invading scum will be ripped up while still work in friggen progress.

What an abhorent disgraceful dishonour and desecration to the memory of the 1500 Australians, and 133 Americans on USS Peary who died horrific deaths at the hands of the Japs during their pre-invasion bombing of Darwin! 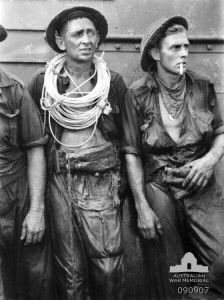 Not only that, the Japs murdered many Australian servicemen and women in well documented atrocities during the War.

During the Pacific war, the Japanese captured 22,000 Australians: soldiers, sailors, airmen and members of the army nursing service, as well as some civilians. They were imprisoned in camps throughout Japanese-occupied territories in Borneo, Korea, Manchuria, Hainan, Rabaul, Ambon, Singapore, Timor, Java, Thailand, Burma and Vietnam and also Japan itself.

By the end of the war only 13,872 of the POWs were recovered: one-third of the prisoners had died.

Japanese soldiers were barbaric butchers having no respect for the human rights of prisoners.  Their treatment of Australian prisoners of war was not just brutal, it was a systemic perpetuatimng war crime. Australian POWS were forced to live in uninhabitable jungle, at the mercy of the elements, endure hours of exhausting physical labour, receive no medical treatment, be starved, taunted, abused, maltreated, beaten and derided by their Japanese captors.

In Changi on Singapore, the Japs held nearly 15 000 Australian prisoners in Selarang Barracks, which had been built to accommodate a capacity of just 900.

Of the 12 000 Australian prisoners who were frog-marched by the Japs to be forced labour on the Burma-Thailand railway, 2646 died of starvation, disease, exhaustion, and brutality.   Of the 270 000 conscripted Asians, many Indonesian prisoners of war, who worked on line, at least 70 000 died. Japanese and Korean guard brutality knew no distinction between race, age, rank, or nationality.

Ask the Indonesians why they don’t have a Jap memorial!

When hospital ship HMS Vyner Brooke was attacked by the Japs, the surviving nurses on a beach near Muntok were subsequently lined up and shot by the Japs – those lying wounded were bayoneted to death.

Mills sick memorial idea is a knife twist in the back of serving Australians, worse than the ‘Green on Blue Attacks’ in Afghanistan.  Catholic Mill’s twisted humanist genuflection proposes an ‘Australian Government on Blue Attack’. 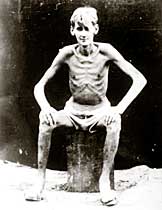