We noted this article on a Facebook page which is part of a campaign to stop the Western Sydney Aerotropolis.

It is on the square. Latham’s commitment to the ‘second Sydney airport’ (which is now really The Aerotropolis project to fuel mass immigration) goes back to his Labor days and he has introduced it into One Nation. 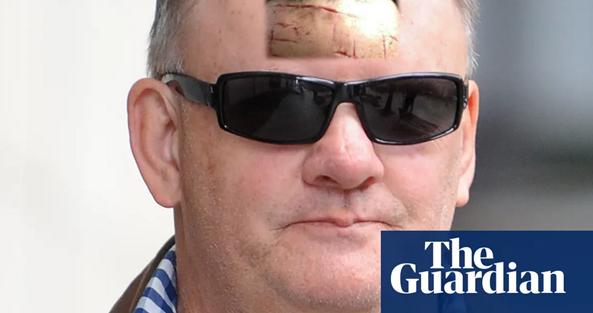 In a remarkable bit of forked tongue double-speak, Mark Latham says he’s come to the rescue of folks in Badgerys Creek – while still getting them cleansed from the area so the Aerotropolis planners can do their thing.

Latham advocates that the owners of certain properties be allowed to perform certain improvements with a re-zone, get a good price – and $#@%& off.

The Sunday Telegraph quotes him:

“The biggest priority in terms of zoning must be for those people to have their land zoned for an appropriate use, find a developer and move out,…”

You see, Latham has always supported a second Sydney airport at Badgerys Creek. And he definitely doesn’t oppose the Chinese building their own city at the airport, all his drivel about over-population in Australia notwithstanding.
We think this pollie speaks with forked tongue and anyone who listens to him needs to think again.

Our full sympathy with people cheated out of their land use at Badgerys Creek is absolute – but moving out means ethnic cleansing!! The Aerotropolis isn’t about an airport. It is about imperialism.

Mass-immigration Into Australia May Fuel The GDP. But The Agenda To De-Europeanise Australia Via Millions Of Migrants Ends With Them Usurping Us.

If you’ve read previous dispatches from me you might be aware that I stood against Bob Hawke in his seat of Willis in the 1984 elections. My two main planks of what I was campaigning on were a) opposing Hawke’s (and the ALP’s) agenda to de-Europeanise Australia via mass-immigration. Whilst the other aspect was to warn Australians that Hawke and his party’s engagement with China was going to involve a lot more than increasing trade.

Well, here we are now almost 35 years on from the Election Day on Saturday, Dec 1 and are fully conscious that immigration intakes of various groups from non-European cradles has been so immense that the populations of Melbourne and Sydney now see peoples of Anglo/European ethnicities being reduced from being 85% of their populations to, respectively, being 48.6% and 48.2%.

Of course, anyone who is at least 25 years of age and has been familiar with either or, perhaps, both cities from around the time of the Sydney Olympics in 2000 can bear testimony to mass-non-European immigration intakes being so large that, they have totally usurped AEs from scores of suburbs. And that is readily verified by travelling on trains heading out of either city’s major CBDs at any part of any day. One experience to specially draw your attention to is from when I boarded the front carriage of a train at Redfern in 4 months earlier on in March. As it transpired of the 71 people I counted on that carriage I was the ONLY person of a European background.

With regards to me warning about the severe threats that China would pose to the world’s stability is something that has duly come to pass. Keeping that in mind with how my predictions have been proven correct, what I am now going to forecast are the severely detrimental sociological consequences that will come to pass upon Australia, due to the culminations of the aforementioned occurrences.

Quite obviously, taking into unambiguous account that both the LNP and, Labor are totally committed to perpetuating mass-immigration intakes from non-AEs, sources means that it is inevitable that within 9 years (3 federal elections, 2028) that there will be a minimum of 17 and up to 25 seats, which will only have non-Europeans contesting them. Clearly, nearly all of they will be in suburban Sydney and Melbourne. However, within 3 years from then (2031) it is certain that peoples of non-AE sources will occupy 25 federal parliament seats.

Upon this happening they will in spite of the various ethno-cultural groups disliking each other disliking each other they will form their own political party. The result of this will see them force, what is left of the major parties, to form a coalition with this new political party; in order for them to form a government. And if anyone deludes themselves this isn’t going to take place even if it’s 3 to 6 years later on must be incredible gullible if not downright stupid.

By that time – 2035 at the very latest – it is predestined that the world will have plummeted into a chasm of horrific dysfunction. Amongst the horrors occurring will range from desperate Africans trying to infiltrate Europe (by 2035 there will be an extra 350 million Africans existing in that continent); or those from Latin America replicating the same agenda with attempting to gain access to the US or Canada; all the way through to China asserting itself militarily. The horrors of these events are so horrible to even contemplate.

But in the ensuing 3 to 5 years from now the effects of trade and military conflicts, which will ensue, shall bring the world’s economic statues into diabolical conundrums. In countries such as Australia, Canada, Britain, France, Germany and NZ, the huge influxes of immigrants from previous decades will see them form culturally insular enclaves.

With regards to Australia and what I have said earlier in this dispatch RE: due to mass immigration intakes here is the innate disasters they have engendered. Because our politicians weren’t content to only bring in half the number of immigrants from non-AE spheres and, indeed, disperse them over a greater spread of suburbs in our major cities means that, in the 2 decade duration from the Olympics they have established virtual colonies at this point from the year 2000, more than 3.7 million immigrants plus their 1.6 million offspring.

Tragically, consecutive governments – both State and Federal – have pandered to the demands ethnic groups have place upon them that, essentially Sydney and Melbourne, are now cabals of ethno-cultural groups whose allegiances are, primarily, to what is their pertinent clique. Quite simply, now that AEs are the ethnic minorities in our two largest cities and, moreover, are diminishing in numbers, due to continuing migration schedules means that within a decade AEs will comprise no more than 40% of Sydney and Melbourne’s populations.

Thus, these processes will ultimately engender situations whereby these groups will, amongst other occurrences, pressure governments to cede to them proportionally designated job quotas.

But the most horrifying outcomes of the insanity of the agendas to, effectively, re-colonise Australia, shall come to pass with them demanding from whatever party is their ‘coalition-partner’ that welfare largesse is to the down and out be abolished. After all, Australia won’t have an economy that can sustain the madness, which currently prevail.

In a nutshell, our diabolical fate is that these immigrant groups are so ubiquitous that they will organise against Anglo/European Australia and subjugate us.