China’s self-anointed emperor Xi Jinping (since 2012) is hell bent on despotic world domination – soft power, debt trap diplomacy, cyber attacks, dud trade deals, intellectual property theft, chinatownage, ‘educities’, whatever it takes.  The Xi dynasty seeks to emulate the Mao Tse-tung despot but with none of the charisma and all the impost, making the North Korean Kim dynasty look like the mouse that roared. 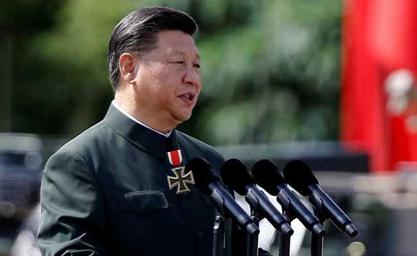 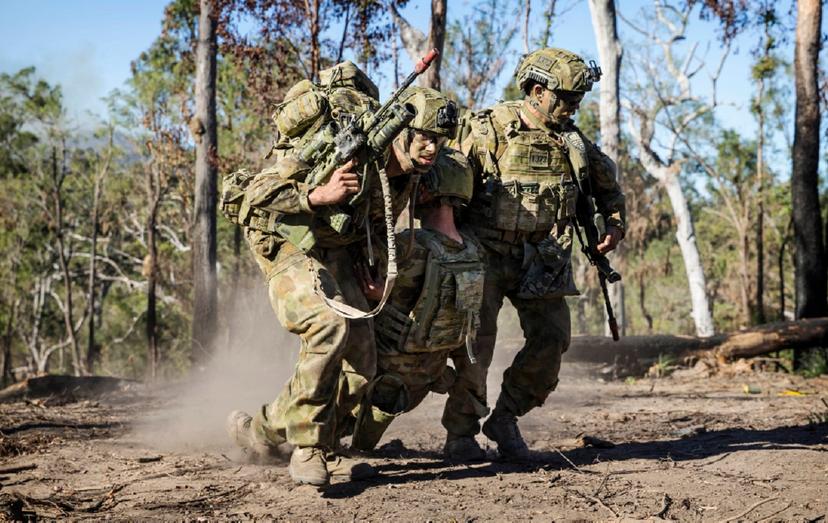 Diggers with a US Marine – exercising the defence of Australia

The paranoid Chinese Communist Party regime dispatched one of its spy ships to monitor Talisman Sabre from just 12 nautical miles off the Queensland coast.

“China exercises its national sovereignty to build infrastructure and deploy necessary defensive capabilities on the islands and reefs in the South China Sea and to conduct patrols in the waters of the Diaoyu Islands in the East China Sea.” 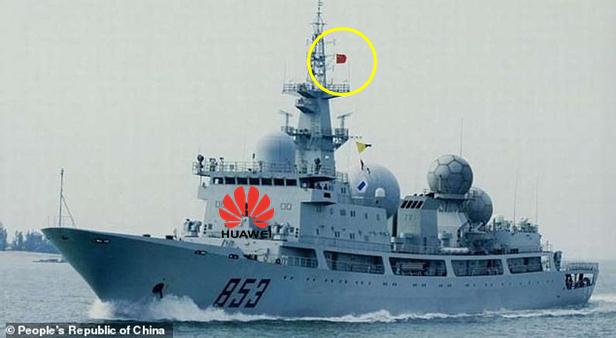 It’s such a misnomer.  It’s not any White paper for starters, but decidedly ‘yellow’.  Second, Beijing is not about the defence of China, (who’d want smog smelly joint anyway?)  Beijing is about Chinese supremacist imperialism and preparing a massive military.

The Beijing propagandists even copied a Western movie score

Xi’s doco is blatantly all Chinese commo-centric.  A Beijing Forth Reich manifesto perhaps?  How many world dominating dynasties out of Beijing have their been throughout history?

Chinese imperialism is culturally ingrained since The Great Wall.  Jaundice has no place in our civilised White World.

Last week, Xi’s Beijing bunker propaganda division hit out at our ‘Exercise ‘Talisman Sabre‘ and against Australia’s long-entrusted alliance with America.  Beijing reckoned the alliance is “hurting global stability” and “the growing military build-up of the US and Australia” and warning that the Oz-US alliance is “contributing to strategic uncertainties” in the Indo-Pacific region. 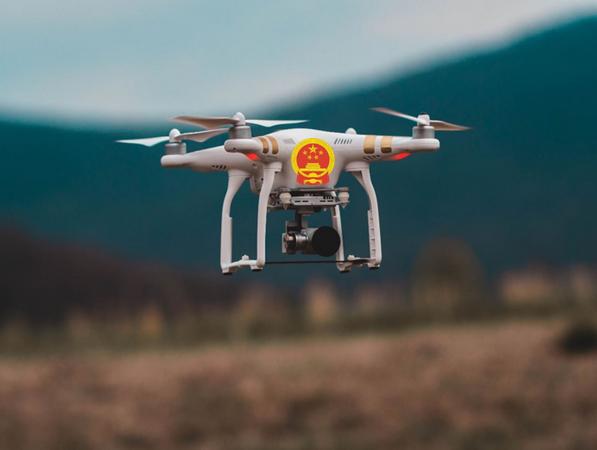 Interestingly, China still uses the phrase ‘Indo-Pacific’?  Beijing has invaded Tibet, the far west region of Xinjiang, the islands of Macclesfield Bank, the Paracel Islands, Scarborough Shoal, Senkaku Islands, and has designs on democratic Taiwan, threatening.. “China would not renounce the use of force in efforts to reunify Taiwan with the mainland and vowed to take all necessary military measures to defeat “separatists.”

Taiwan split from the Communist Party-ruled mainland China amid civil war in 1949. China maintains Taiwan is part of its territory and seeks “complete reunification”.  Beijing’s Defence Ministry spokesman Wu Qian reckoned the threat of Taiwan separatism was growing and warned those seeking the democratic island’s independence would meet a dead end.

“If anyone dares to separate Taiwan from China, the Chinese army will certainly fight, resolutely defending the country’s sovereign unity and territorial integrity.”

Taiwan’s defence ministry responded that in light of a growing military threat from China, independent Taiwan has just received $2.2 billion in arms from America for its defence against Beijing imperialism.   And Hong Kong-based military analyst Song Zhongping rightly stated:  “The Western world, led by the United States, continues to strengthen its ability to contain China.”

Hey sly Xi, when are you to fess up about your silk vision of a ‘Greater China’, ‘Sino-Asia’ and ‘Sino-Pacific’?

Of course non-Chinese read all this Commo propaganda as Xi’s hissy fit undermining of his world domination silk dream, aka yellow peril infestation.  Apparently, Australia got an unhappy mention in Beijing’s manifesto – G.A.F.?

China’s unilateral military expansion decreed by his exaltedness Xi has seen a mass stockpiling of new anti-ship ballistic and cruise missiles, Beijing’s naval annexation of the Spratly Islands in the South China Sea within The Philippines’ sovereign 200km territorial waters mind you.  Their a distant 1000km south of the nearest Chinese territory of Hainan.  China’s beach-head invasion of The Philippines or what?  ‘Prominent destabilising factors’ or what? 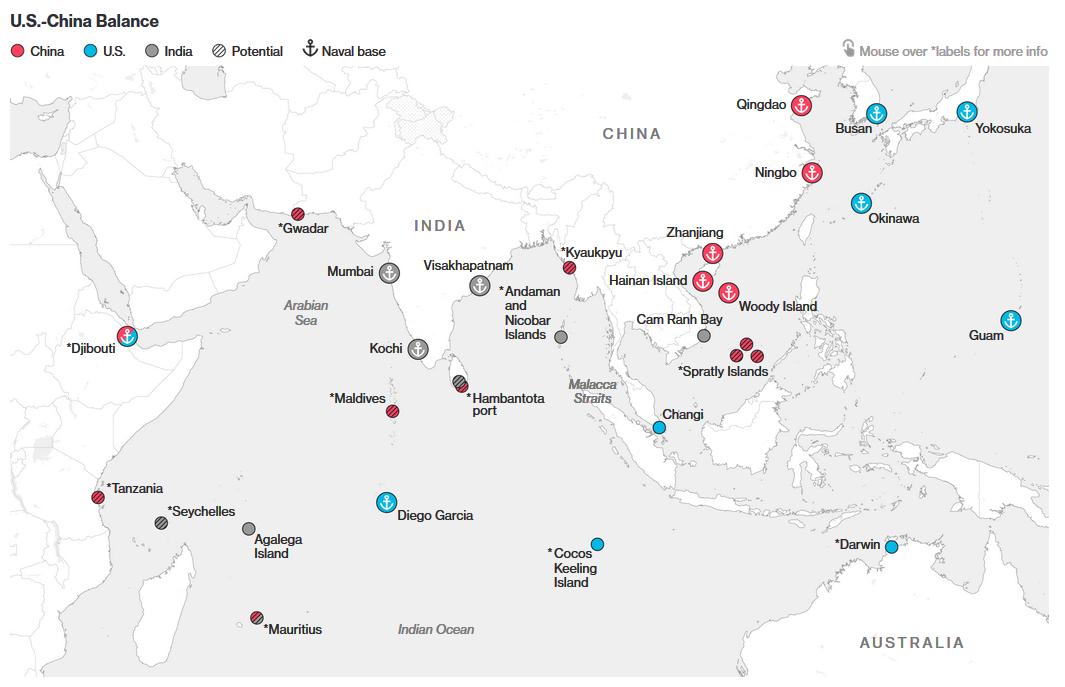 It’s the same commo Beijing bullshit of beach-heading its military bases in Antarctica and indeed on the dark side of the moon. 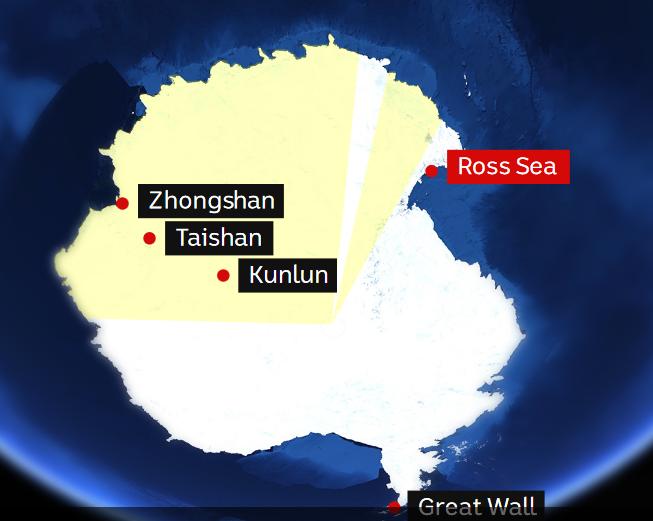 Backward Beijing is ruled by neanderthal orcs.  The civilised West is well aware, yet foolishly continues to rely upon and build key trade dependencies with this anxiously inward-looking Middle Kingdom.

Informed Australian commentator John Garnaut of the Australian Strategic Policy Institute observes that Australia is the canary in the coal mine of Chinese Communist Party interference:

‘Over the past 18 months, the country has been shaken by allegations of the Chinese party-state working to covertly manipulate the Australian political system and curate the wider political landscape. There are claims of Beijing-linked political donors buying access and influence, universities being co-opted as “propaganda vehicles,” and Australian-funded scientific research being diverted to aid the modernization of the People’s Liberation Army (PLA). Most notoriously, an ambitious young senator, Sam Dastyari, was exposed for parroting Communist Party talking points and giving counter-surveillance advice to a Chinese political donor before being hounded into premature retirement.

The scandals might seem odd. Few countries on the planet have benefited as clearly from China as Australia has. Its society has been enriched by waves of Chinese migrants and sojourners for 160 years. Its national income grew as much as 13 percent in a single decade as a result of China’s resource-intensive construction boom, according to the Australian Reserve Bank. And an easing of the resources boom has been offset by the spending power of 180,000 Chinese students and a million tourists each year, along with hundreds of thousands of migrants who have mostly thrived in their new country.

Yet these are the very ingredients that make Australia’s debate over Chinese influence so interesting. Nobody knows what happens when a mid-sized, open, multicultural nation stands its ground against a rising authoritarian superpower that accounts for one in every three of its export dollars. Even the firebrand editorial writers of China’s tabloid press seem unsure. “Australia calls itself a civilized country, but its behavior is confusing,” The Global Times wrote. “While it is economically dependent on China, it shows little gratitude.”

The Australian conversation has evolved from amorphous anxieties about Chinese influence and soft power into more precise concerns about covert interference by the Chinese Communist Party. Media reports are shedding light upon a hidden world of inducements, threats, and plausible deniability. They reveal a dimension of risk that sits between the poles of economic attraction and military force, which Western Sinologists, diplomats, and national security officials had not previously focused on. The more we learn, the more it seems that there is little that is soft about the way the party wields power beyond its borders.’

In May 2018, a top-secret report raised concerns that the Chinese Government has attempted to influence Australia’s political parties for the past decade.  China is the main concern and an intelligence source said that there has been infiltration at every layer of Australian government right down to local councils.

“Under the uncompromising leadership of President Xi Jinping, China’s activities have become so brazen and so aggressive that we can’t ignore it any longer,”

China’s Communist Party has attempted to compromise Australia’s major political parties for the past decade.  It actively  monitors the activities of university academics and students engaged in anti-communist activism in Australia.  Names and faces are sent back to Beijing.

Since January 19 in 2019, former diplomat and political writer Yang Hengjun, a naturalised Australian citizen, has been detained in Beijing after arriving from New York to China’s Guangzhou Airport with his wife Xiaoliang Yuan, and 14-year-old stepdaughter.

China said in January he had been detained for allegedly endangering national security.  In civilised translation this means that the Xi dynasty simply disagreed with the writer’s criticism and so should be disappear to Laogai ‘re-education camps’.

Australia’s foreign minister Marise Payne rightly protested to Beijing about the unfair detention of this new Australian, stating she was “deeply disappointed”.  “If he is being detained for his political views, then he should be released.”

Beijing responded tersely stating that Australia must stop “interfering”.  How bloody hypocritical?  But we are talking Chinese neanderthal culture. 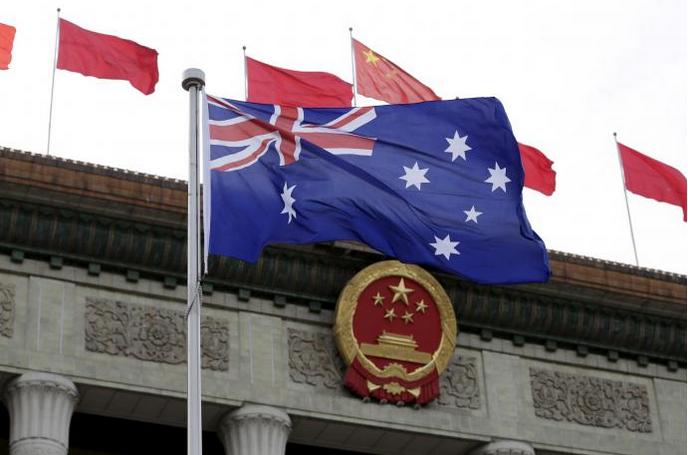 Chinese flag insecurity complex: we hoist one of ours and they go flag paranoid.