Anti-Australian SBS Television with its relentless divisive propaganda against traditional Australians has surely backfired on SBS this time.

SBS’s latest race-based documentary ‘Once Upon a Time in Punchbowl’ is a pro-Lebanese ethnic four part series concentrating on garnering sympathy from the mainstream Australian audience to “the challenges faced” by Lebanese immigrants.

But SBS has suddenly been forced to withdraw the documentary due to go to air on January 7 on SBS One, because it has been exposed as a work of fiction.

The doco’s main protagonist is tattoo-ridden Lebanese Michael LaHoud, who has been exposed as a fraudster. LaHoud is a Lebo thug and SBS is using him to garner Aussie sympathy for the challenges faced by Lebanese gangs intimidating and muscling in on once-Aussie Punchbowl.

LaHoud claims in the doco to have served five years for armed robbery during which time he fathered three daughters in “conjugal visits”.  But court records reportedly show that he was in custody for just four days and Middle Eastern crime experts have never heard of the so-called “gangster”.   Corrective Services NSW has said it “does not permit and never has permitted conjugal visits in its correctional centres”.

So embarrassed SBS CEO Lebanese Michael Ebeid, a Gillard appointment, has announced he is pulling the new doco from their schedules.   SBS public relations claim that “the integrity and accuracy of SBS programming is paramount” – as long as it serves SBS’s anti-Australian agenda. 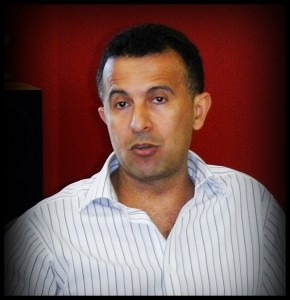 What SBS propaganda selectively excludes is the fact that Lebanese and Middle Eastern (ethnic arabs) immigrants have been unilaterally invited by Liberal and Labor governments in their tens of thousands since the 1980s, with no electoral mandate.

SBS propaganda selectively ignores the fact that many of these arabs are from strife torn conflict and harbour angry violent backgrounds including murder and terrorism and arrive traumatised and let loose on Australian society, but are denied mental counselling – not Immigration’s job?  Next we’ll hear that politically correct Tony Abbott has invited Sunni Muslims and Alawites from civil war torn Syria to bring their fight to Punchbowl.

It is time Australia’s Department of Immigration was dissolved.

“This year, the Department of Immigration and Citizenship passed the milestone of 4.5 million migrants and refugees making the Australian citizenship pledge. In doing so, they made a commitment to Australia and its people, laws, democracy and liberties.”

Australia needs a few generations of immigration moratorium so that we can start to deal with the ethnic horded mess we have already copped from the lax Laborals.

Instead, a Department of Emigration would better serve to redress our urban societys’ cohesion.

SBS propaganda selectively ignores that fact these ethnic arabs are mainly muslim, with orthodox patriarchal mores, anti-Christian values especially towards women, anathema to Australian open western values and who choose not to assimilate or surrender their old arab ways.   Most arabs want to retain their ethnic arab identity, not to become Australian, and Laboral multiculturalism since Whitlam has perpetuated this divisiveness.

Many of these ethnic arabs are from warring tribes and religious orders, who bring their prejudices and conflicts with them.  Australia is a western European society, not an arab society.  The two don’t mix.

Over the past decade, south west Sydney has descended into an arab criminal zone of home invasions, drive by shootings, gang violence, gang rapes, riots, weapons caches, drug labs, organised crime and terrorist incubation.  The scale of the arab crime problem in Sydney has mean the formation of the Middle Eastern Crime Squad.  Most of New South Wales gaols have become populated by arab criminals from south western Sydney.

Sydney Middle Eastern youth gangs such as the Muslim Brotherhood Movement had become fertile recruitment grounds for outlaw bikies.  The Muslim Brotherhood Movement, which is said to be linked to the Commanchero bike gang, claims to have 600 members while Asesinoz, which is linked to Notorious, claims to have about 70.  Asesinoz Motorcycle Club promotes anti-Australian sentiment and flag-burning and lawlessness on its MySpace site and YouTube videos. 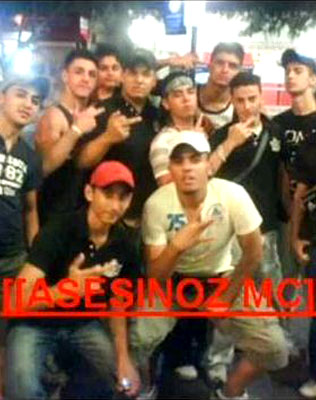 Instead, SBS propaganda campaign sets about guilt targeting traditional Australians to be more tolerant to arabs.   SBS says it wants to question the “oftentimes strained Anglo-Lebanese relations in Australia”.Just how tolerant are Australians supposed to be with ethnic criminals in our own country? 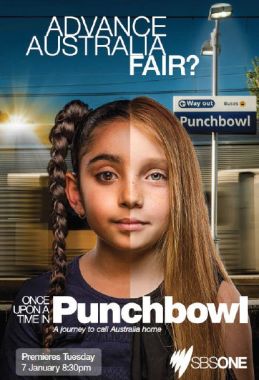 SBS has spent much on its propaganda campaign including a TV promo, outdoor billboards, digital and press ads.

SBS has form with such propaganda.  Recall its Once Upon a Time in Cabramatta, campaigning to garner mainstream Australian sympathy for the Việt hordes in Whitlam’s Cabramatta ghetto.

Poor Cabramatta used to be blue collar working class Australia. But since Whitlam railroaded in the Việt, all Aussie shop signs have been converted to Việt, pushing out the Australians.  Vietnamese crime in Cabramatta has become chronically violent, rife and monoculturally Việt.

As a direct consequence of Laboral socialism since the 80s, a major crime wave that dominated Australian newspaper headlines has been the vietnamese gang crime around Cabramatta and Fairfield in western Sydney, which was home to a large community of refugees from the Vietnam War.

“What you had at Cabramatta in the late 80s and early 90s was this whole bunch of Việt kids without parents, without brothers or sisters, with no education, no money, no supervision,” (Asian Crime Squad commander Scott Cook)

“They couldn’t speak vietnamese properly, they couldn’t speak English properly, so they were stuck between two cultures, they were in this no-man’s land.  Organised crime can pick those people up easily because it offers them money, stability, friendship, direction, all those things they don’t have.”

A crop of street gangs sprang up and took over drug dealing, standover, extortion, prostitution and illicit gambling.

What immigration policy has chronically failed to follow through on besides its narrow economic demand agenda is that to become an Australian citizen is to become Australian, not a confused Lebanese-Australian or a Lebanese wanting to change Australia to little Lebanon.

When it comes to arab immigrants, Australians should learn from the german experience.

Of 34,885 Lebanese living in Germany, 30,000 are in receipt of Hartz IV [welfare benefits for long-term unemployed], 4072 are in the country illegally – that is 11.7%!  Germany has hundreds of hard-core Lebanese criminals who cannot be deported because the Lebanese government refuses to take them back.   (german interior ministry).