Nice.  As with previous insurance hikes, this new slug is destined to be the new base rate.

The Liberals’ health hike comes on the back of Labor’s 5.6 percent health premium hike last winter.  So in following year 2015, assuming trends, this rate shall hike similarly, and again, and perhaps ultimately until Australian private health insurance becomes so American as to be restricted to the privileged few.

This rate hike is about three times Australia’s current inflation of 2.2 percent, while Australia’s aged pension remains just $375 a week, or just $566 for couples.  Yet this rate hike is demanded by the health insurance industry, to which the Libs are donation dictated.

Liberal Party approval gives permission for greedy NIB health insurance to up its own premiums by 8 percent, just how greedy ANZ bank tends to do over and above Australia’s pillar banks cartel.

How much have the banks funded the Liberals over the years?  Too much to be ignored = bribing and corruption.

Liberals Health Minister, Peter Dutton, says we should blame Labor for “the pressures placed on the health sector by Labor”.

So who will be able to afford private health insurance from April next year when this hike bites?  Only the Liberal voting wealthy – corporate executives, self-funded corporate retirees, taxpayer-funded public servants, and the new aristocratic class, like in America. 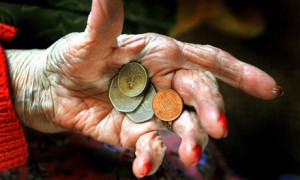 So the legislators make sure that they’re bloody alright first.  Rudd stands to reap $155,000 indexed with inflation (not performance) and funded from us taxpayers for the rest of his life. 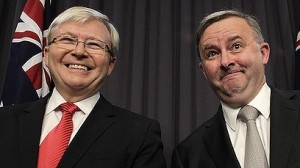 Matt Levey from the consumer group Choice says the accumulation of premium increases over past few years has made health insurance less affordable for many households.  And this comes on top of rate hikes on home and contents insurance, public transport, rent and basic food and necessities.

So Abbott’s miserly decision at Christmas will only mean that millions of ordinary Australians will be unable to continue to afford private health insurance, despite them willing to pay their fair share.

Many out of necessity, will be forced to rely on the public health system, infamous Medicare.  With its deadly long waiting lists extended by welfare-seeking immigrants, many more homegrown Australian taxpayers are set to endure a slow death before surgery.

A national report from the Australian Institute of Health and Welfare of October 2013 shows 3 percent of public Medicare patients are waiting more than a year to be admitted to public hospitals for elective surgery.

The report has found that in 2012-13 financial year, 673,000 patients were admitted to public hospitals from elective surgery waiting lists, an increase of 2 percent on the previous year.

The figures also show the number of knee replacements and cataract-removal procedures are surging – a symptom of the ageing of Australia’s population.   Between 2008 and 2013, the surgery specialties that left patients waiting the longest were ophthalmology, ear nose and throat surgery and orthopaedic surgery.

University of South Australia’s PhD student and already qualified medical doctor, Dr Julie Walters, surveyed about 500 or 600 patients, discovering the public hospital reality to her horror.  The difference between the official government reported waiting times and what patients experienced is considerable.

“The waiting times that the urgency categories relate to actually refer only to half of a person’s waiting period so there was a huge number of patients in my study who waited two years, sometimes up to three to three-and-a-half years for surgery,” she said.
“Only the last 12 months of that waiting period actually counts.”

As trending under the Labs, under the Libs Australia’s public health is set to get worse, and both parties have engaged in deceptive manipulation of the once trusted Australian Bureau of Statistics.

Remember Abbott’s pre-election promise to care for seniors?   Remember Abbott’s personal promise of a Seniors Supplement, concessions for PBS prescriptions, lower out-of-hospital expenses through the Medicare Safety Net?    All were supposed to be indexed to the consumer price index, that is to inflation, currently at 2.2 percent, not 6.2 percent. 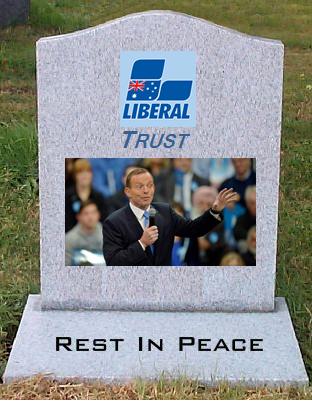 Selfish Laborals are steadily stealing taxpayer wealth and condemning more of us into an Australian Underclass, like in America.