In Australia, dangerously Leftist union boss, Paul Howes, infamously in August 2010 advocated the annexing of West Australia’s north west into a jewish state.  In his ‘Aussie Israel’ speech to the Australia-Israel Chamber of Commerce he confirmed:

“the Kimberley region was for a short period conceived of as a possible Jewish state..one wonders what could have happened had the refuge and safe haven, a homeland away from home for a restless, troubled, brilliant, exiled people using their passionate ingenuity, which created a great flowering in the Negev Desert, instead been concentrated on our great spread of sand in the Australian west.  It was an idealistic project.

Certainly I will be pushing the case for researching and investing in opportunities to build a sustainable new magnet city in the Pilbara and other northwest regional centres.” 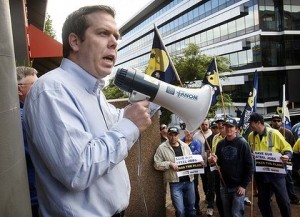 Radical socialist unions within Australia’s universities have over recent years organised a series of large violent public rallies.  On October 30, 2013 Melbourne headquartered Socialist Alternative which promotes itself as a “Revolutionary Socialist Organisation”, orchestrated a 100 strong student protest by the National Union of Students which turned into a riot in Bourke Street near Parliament House.   The Sydney headquartered Socialist Alliance, is increasingly turning to more militant actions on the streets. 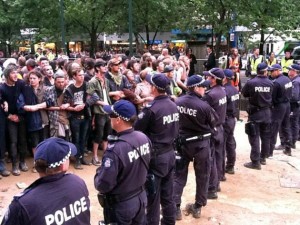 Over the past generation, Leftist globalist ideological organisations have effectively radicalised many an impressionable youth across Australia’s capital city universities.  The socialist message has been to cleverly appeal to middle class Judaeo-Christian sense of righteousness against perceived injustice of conservatives.

The emergence of the conservative Howard years from 1997, and the rebranding of refugees as “illegals” and “queue-jumpers” shattered the Lefties.   It caused the many disaffected Labor left who migrated and infiltrated The Greens, to abandon their established parties like the Democrats after Meg Lees GST betrayal of ’99.

Labor’s scorched earthing of middle Australia has polarised Australian politics, but while the Left has been ready to soak up Australia’s disaffected middle class, conservatives have mistakenly remained laissez-faire.   The massive force benefitting the Left is the 200,000 immigrants a year, 90% of whom vote for their Left sympathisers, especially those welfare dependent.

Since the Tampa refugee event, refugees have swamped the Australian psyche compounded by the collateral fleeing from US gallipolis in Iraq and Afghanistan and the closer-to-home Sri Lankan Civil War conclusion of 2009.

The hundreds of thousands of so-called “refugees” welcomed in by Leftist Labor between 2007 and 2013 have sowed anything but social cohesion.  Misguided multiculturalism has encouraged each ethnic group to retain its ethnicity and reject all notions of assimilation into Australian society. 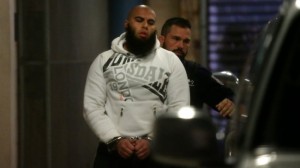 Descendants of refugees from war torn states have been encouraged under the myth of Multiculturalism to align with their parent’s homelands not with their nation of birth, Australia.    Old foreign customs and beliefs have been inculcated by the foreign parents to their Australian-born offspring.  Many believe that violence is the way to fulfil perceived religious obligations. They reject outright Australia’s right to democratic self-governance and our separation of church and state.

ASIO is currently dealing with about 200 active counter-terrorism investigations and there has been a rise in the efforts of some Australians to support violent muslim jihad.

These foreign loyalists are anti-Australian, as anti-American as turncoat Benedict Arnold.

Millionnaire Burnside, a professor at the Australian Catholic University, and patron of the Asylum Seeker Resource Centre, who has cost Australian taxpayers millions in legal fees; should lead by example and open up his digs to the hordes, then present his case to Tasmanian locals on a pub tour around the poverty stricken island.

If Tasmanians are so welcoming of asylum seekers at Hobart’s Pontville Detention Centre why was it closed and why did Tasmania’s Premier Lara Giddings not support any detention centres?

Prominent vocal Lefists and their organisations are fooling themselves if they think they are not ASIO surveillance persons of interest. 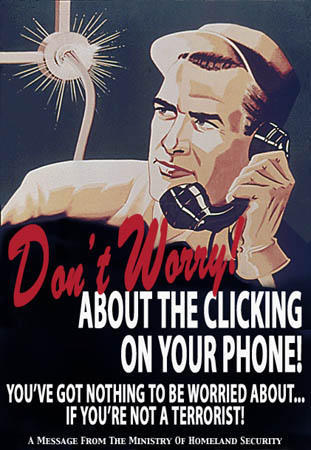