Just like tax and superannuation, every year or so the government changes the goal posts with high school curricula. They always brand their tinkering as ‘reforms’

So just for fun, on January 1 this year, NESA (The NSW Education Standards Authority) replaced BOSTES (The Board of Studies, Teaching and Educational Standards NSW). Why?   Well, government wants proof of school performance ‘evidence-based’ but really, NSW Education Minister Adrian Piccoli just wants to stamp his brand on his portfolio fiefdom.  No more representative boards of studies, and take the word ‘teaching‘ out of education will ya!  Our kids must perform and be measured as soon as they start school so we have chance of competing with 24/7 Asian tiger parents addicted to private tutoring like those in Singapore, South Korea and uber-urban China.

From representative board to imposed ‘Authority’

Later in 2017, nearly 80,000 high school students across New South Wales will sit for their Higher School Certificate. But new rules introduced unilaterally by Piccoli last July impose mandatory literacy and numeracy tests in school years 3, 5, 7 and 9.  It will mean that even if a student passes, they won’t be awarded their HSC if back in Year 9 they failed to get a mark of Band 8 or above in their NAPLAN tests. ‘NAPLAN‘ is yet another government acronym standing for ‘National Assessment Program – Literacy and Numeracy’.  It is fully imported from America. 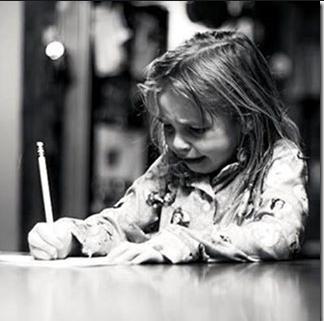 NAPLAN is imposed from Year 3 – Australia-wide

It is a Piccoli blackmail to all school students across New South Wales.  Piccoli insists that if students don’t pass NAPLAN when they are aged 14 in Year 9, they will be denied their HSC when they are 18. 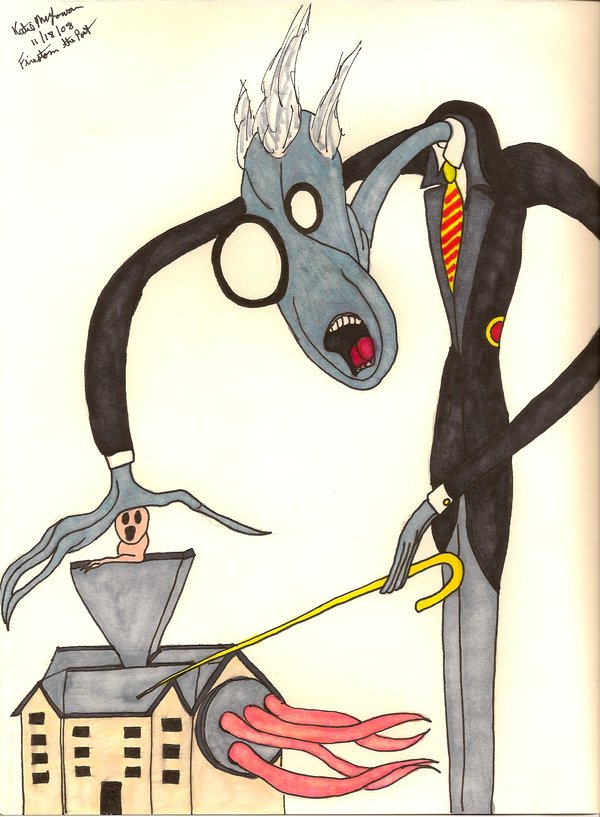 There are concerns by teachers and parents alike, that as many as half will be denied their HSC even though they may have passed with flying colours.  As a result, those NAPLAN dropouts will have to go back and do remedial NAPLAN instead of pursuing the vocation of their choice.

Of course English is a compulsory subject in HSC so if a student passes English then likely literacy may be sufficient perhaps, irrespective of NAPLAN score carding.

If a kid doesn’t eventually get their HSC, what then? TAFE has been deliberately decimated, the vocational training sector is being rorted and is rife with corruption, and in the steadily growing internship system kids are taken advantage of by unscrupulous employers left, right and centre.

Piccoli is a self-absorbed political ignoramous. Piccoli justifies his impost as being a crackdown on cheats.  But he’s an economist with theories in his head and a control-freak lawyer, but with no experience in teaching. NAPLAN ignores context, curiosity and creativity around learning concepts, which are anathema to Piccoli.  NAPLAN is like ASADA’s drug testing of athletes anywhere, anytime – “Nobody Expects the Spanish Inquisition”.

And guess who in her corrosive legacy introduced NAPLAN in Australia from America?  The Welsh Witch Julia Gillard in 2008, when Labor’s Education Minister in Canberra, for kids as young as aged seven years! 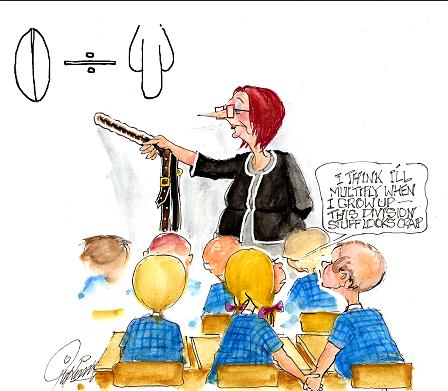 The Welsh Witch got the one-size-fits all idea on one of her foreign junkets.  She was invited to a cocktail party by the Carnegie Corporation in New York on June 27, 2008.  There she flirted with Chancellor of the New York Department of Education, Joel Klein, a lawyer and the mastermind behind NAPLAN.

The Klein experiment upholds that fear-based school ranking is the final solution and far easier to just blame the teachers. Canberra only has to periodically scan the NAPLAN output to cut funding to the underperforming schools and blame the teachers.  This avoids Canberran guilt from its neglect of underfunding, dilapidated infrastructure and ballooning class sizes.  The theory also goes that by comparing schools and ranking them on a public scorecard (MySchool website) parents will shift their kids out of low-achieving schools to higher pegged ones – based upon NAPLAN measures of literacy and numeracy only.  What curriculum? 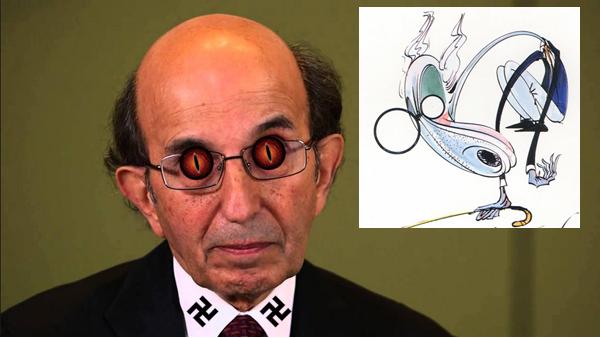 A few champers later and Julia was a convert.  It fits with the Welsh Witch’s socialist ideal of central control too.  All the kids need do is all wear Mao tunics.   “We’ll force schools to lift their game, here’s a stack of cash and a new hall for every school whether they want one of not.  I call it me “Education Counter Revolution.” 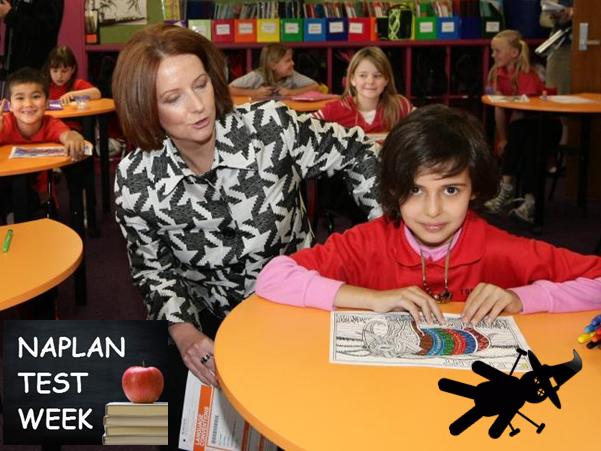 “By 2009 no Australian child will be living without a laptop”.

So it’s a tandem curriculum to the normal teaching syllabus.  Teachers have to teach NAPLAN as well as normal schooling, so double the workload.  The pressure is on to teach NAPLAN, because bad results mean the school gets an ‘UNLIKE‘ rating on Canberra’s MySchool website, and so less government funding.  The website is controlled by another government acronym, ACARA, the Australian Curriculum, Assessment and Reporting Authority.  Note the word ‘authority’ creeping back?  The government knows what’s good for us.  It promotes the website as a “resource for parents”  but guess who uses the data?  MySchool contains data on every student’s profile, their NAPLAN performance, funding levels and sources, enrollment numbers, attendance rates.  Canberra knows where you live!

So teachers teach to the test. On the NAPLAN Test day itself, poor-performing students are asked to stay at home so as not to lower the school’s score on MySchool.  Warped education or what?  It’s so totalitarian Big Brother!  Typical Labor.  But the Libs are just as bad in Macquarie Street.

“The announcement was made because it sounds good but there was no thought behind it. The more educators have had time to reflect on it, the more they express these concerns. Many kids are just not mature enough at 14, they’re not ready. It labels them as failures to begin with.  What 22-year-old is going to sit a test they didn’t pass when they were 14?”

And the extra unnecessary pressure and stress is particularly on the young students. So come December 2017 after the HSC exams, New South Wales is going to have 40,000 NAPLAN failures milling around depressed and suicidal.

This will be despite most of them having passed their HSC exams, who should be instead celebrating.

Queensland thinks NSW is stupid.  The Queensland Studies Authority stated that this testing encourages, “methods of teaching that promote shallow and superficial learning rather than deep conceptual understanding and the kinds of complex knowledge and skills needed in modern, information-based societies”

A recent study by Headspace and the National Union of Students which surveyed 2,600 Australian tertiary students between the ages of 17 and 25, has found levels of anxiety among students at both TAFE and university.  Contributory factors include increased workload, looming deadlines, relationship problems and financial hardships. About 35 per cent said they had thought about self-harm or suicide.

So chuck in NAPLAN blackmail to deny HSC and this could be the last straw for many.

It’s social engineering killing our youth.  With youth unemployment over 25% in most places, with the 200,000 immigrants a year arriving in Australia and all the foreign students, Australia’s youth have no chance of finding work anyway or owning their own home.  You need an Arts degree just to toss fries at Maccas.  And they wonder why youth suicide has become an epidemic?

There is no end to the disturbing implications of ill-conceived changes to education in NSW, indeed across the country.  They smoke good weed in Canberra. Perhaps the Asian tiger parents will find cheat sites providing NAPLAN answers, so their kids can practice in advance and get Band 10 results.  And you don’t have to look far.

Then again, many parents have opted to withdraw their children from NAPLAN altogether.  No grounds are required.  The entire Kimberley College in Logan, Queensland withdrew from NAPLAN as soon as the Welsh Witch unleashed it

“NAPLAN tests are a routine part of the school calendar. However students may be withdrawn from the testing program by their parent/carer if there are religious beliefs or philosophical objections to testing. This is a matter for consideration by individual parents/carers in consultation with their child’s school. A formal application in the manner specified by the relevant test administration authority (TAA) must be received by the principal prior to the testing.”