Canberra’s Mass Immigration Department lets the enemy inside our gates and ceremoniously hands over unconditional citizenships willy nilly.  Then Australia’s Signals Directorate (another spy agency) says it now can’t trust Australians. And that’s not just the imported fake ones, but hard working real Australians who taxpayer fund the wages of Canberran sheltered bureaucrats.

Last Tuesday June 4, 2019 Australian Signals Directorate (ASD) Director-General, one Mike Burgess sent in the Feds to raid the home of Australian journalist Annika Smethurst a year after she dared expose ASD for spying on Australians back on April 28 in 2018.  Seems they didn’t dig what she had to say.  Media reports are that the dawn raid by ASD stole all paperwork and that the Feds even rummaged through her kitchen, bedroom and undies drawer.

This Canberrans low-life raid upon the home of a respected senior Australian journalist harks back to the dark foreboding eras of the Nazi brownshorts and Stasi.  How anti-Australian? 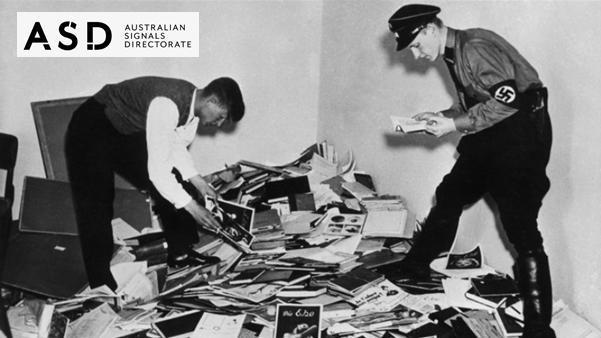 Big Brother Burgess sent in his Stasi regardless

Under the plan, emails, bank records and text messages of Australians could be secretly accessed by digital spies without a trace, provided the Defence and Home Affairs ministers approved.

The power grab is detailed in top secret letters between the heads of the Department of Home Affairs and Defence which outline proposed new powers for Australia’s electronic spy agency — the Australian Signals Directorate (ASD).

The Secretary of the Department of Home Affairs, Mike Pezzullo, first wrote to the Defence Secretary Greg Moriarty in February outlining his  plan to potentially allow government hackers to “proactively disrupt and covertly remove” onshore cyber threats by “hacking into critical ­infrastructure”.

Under current laws the ASD — whose mission statement is “Reveal Their Secrets — Protect Our Own” — must not produce intelligence on an Australian.   Instead, the Australian Federal Police and domestic spy agency ASIO have the power to investigate Australians with a warrant and can ask ASD for technical advice if they don’t have the capabilities they need.

The Attorney-General is responsible for issuing ASIO warrants, but the agency’s operation fall under the ­umbrella of Home Affairs.

A government source, speaking on condition of anonymity, said:

“I am horrified. The only reason it’s not going ahead with ease is because there are good people who didn’t sign up to do this against Australian citizens.  There is no actual national security gap this is aiming to fill other than a political power grab.”

Canberra reckons it just can’t have too many spy agencies.

But good on Smethurst!  Isn’t this what Australian investigative journalism is about? 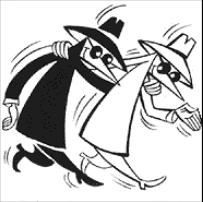 That the raid took AFP a year shows they’re right on the ball.  That the raid against an Australian journalist doing her job, raises serious concerns about the press freedom in Australia.

Is Canberra sending a military message to Australians that it is untouchable?

Before Canberra let in all the Islamics, under Australian law, ASIO could only spy on our own Australians but ASIO first had to have a search warrant issued by the Australian Attorney-General. The warrant allows ASIO to enter and search premises, intercept and inspect mail, use surveillance devices, monitor communications, remotely access computers and rifle through undies drawers.

Back on December 6 in the lead up to Christmas, the Liberals rushed through its Spying on Australians legislation in Canberra, otherwise with the bureacratic title ‘Bill Enabling Law Enforcement and Intelligence Agencies to Access Encrypted Information’.  The law supercedes four pre-existing national laws to effectively carte blanche increase Canberra’s spy agencies’ powers to obtain covert computer access from Australians  and order online software providers – like Google, Facebook, and Twitter – to decrypt data; all without a warrant and without oversight by the Attorney-General.

Secretary of the Department of Home Affairs Mike Pezzullo first wrote to the Defence Secretary Greg Moriarty in February 2018 outlining his plan to potentially allow government hackers to ‘proactively disrupt and covertly remove’ onshore cyber threats by ‘hacking into critical infrastructure’ – basically to authorise the spy agencies to spy on Australian citizens for the first time.  It was a “power grab” by ambitious Pezzullo which detailed in “top secret letters” proposing that the Australian Signals Directorate (ASD) be able to use its cyber offensive capabilities domestically. 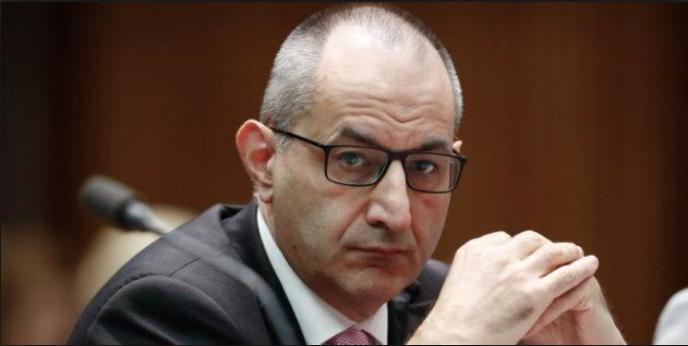 Michael Pezzullo, another balding overpaid ethnic who lets the enemy in and then wants to spy on Australians

On August 14 in 2018, the Liberal federal government published draft text of its Assistance and Access Bill to bypass any encrypted communications without any need for a warrant or for the Attorney-General to even be informed.  It reportedly also includes coercive powers to force government agencies and private businesses to “comply with security measures”.

Pezzullo’s letter got leaked to the media.  Clearly Pezzullo is not a real Australian, but an imported ethnic one who puts himself ahead of true Australians

Power has clearly gone to Canberra’s head.  One arm of government lets in the enemy and the other arm cracks down on everyone in one simplicts one size fts all Big Brother police state.

Canberra is creating work for itself to justify its existence.

So Australian journalist Annika Smethurst reported concerns about all this. Mike Burgess took offence and last Tuesday sent in the Australian Federal Police (AFP) to raid her home in Canberra in connection “to an investigation into the alleged unauthorised disclosure of national security information.” 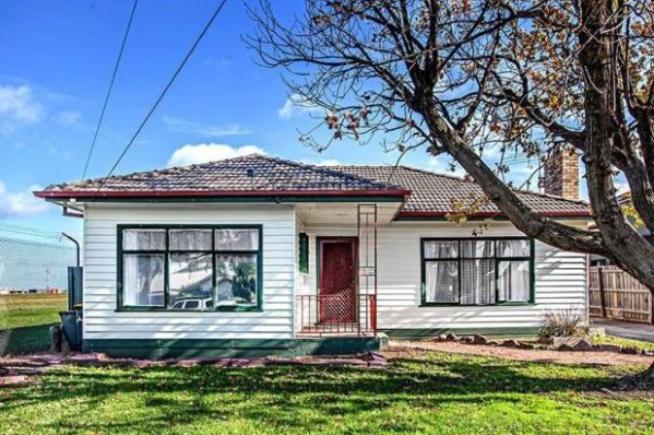 The Vibe from Canberran spy agencies is that journalists can’t possibly have “just cause”. 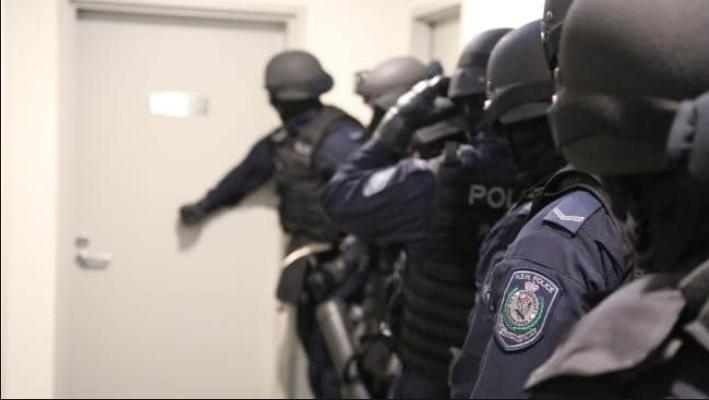 This time they had a warrant from a magistrate that allowed them to search her home, computer and mobile phone.   But they have powers now that don’t require a warrant.  They can just bust the door down of any Australian Burgess doesn’t like.

Then according to an AFP statement, the AFP will allege the release of the documents in a national security breach. The AFP stated that “no arrests are expected today as a result of this activity”.  Which means they didn’t find anything incriminating at the Smethurst family home – expired use-by dates, unwashed undies, et al. – all documented.

Burgess (below) just wanted to send a Stasi message to Aussie journos to back off his department, and bugger the public interest. 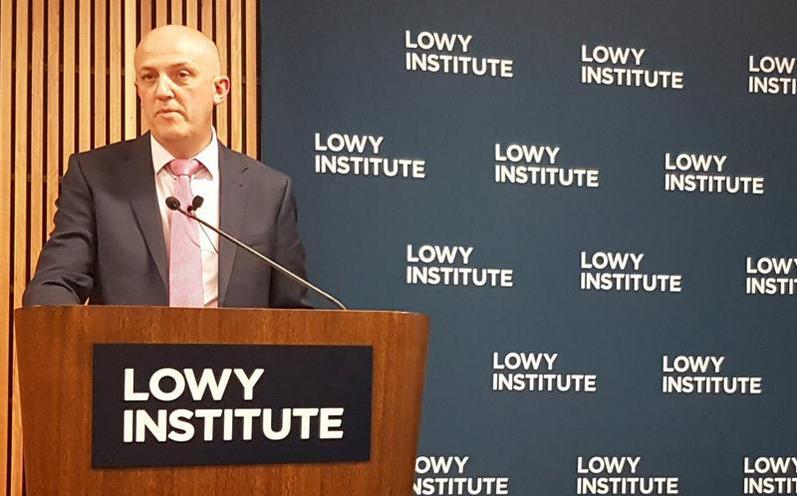 As Canberran spies get promoted they lose more of their hair.   Walking around Canberra, it is easy to single them out.

“We need to have a debate about Australians’ rights to privacy and security, and it needs to be held out in the open with the participation of civil society. Exposing the government’s secret plans for yet more surveillance of our everyday lives is clearly in the public interest. This heavy-handed reaction from the government, and so soon after being returned to government after an expected loss, indicates that this is about consolidating power, not keeping us safe. That should scare anyone who wants Australia to be a free society.”

Undies-Gate:  PM Scomo from London has retorted: “I support the powers that the agencies have under our new laws.” – even the powers to search kitchens for expired use-by dates and undies drawers.

Last month after just 18 months in the job, the head of the Australian Cyber Security Centre (ACSC), Alastair MacGibbon, announced his resignation.  The Aussie took the helm at the ACSC in January 2018, when the body became part of the Australian Signals Directorate (ASD). MacGibbon was also National Cyber Security Adviser at the Department of Home Affairs (DHA), where he oversaw the implementation of the government’s Cyber Security Strategy.

He has returned to the private sector. 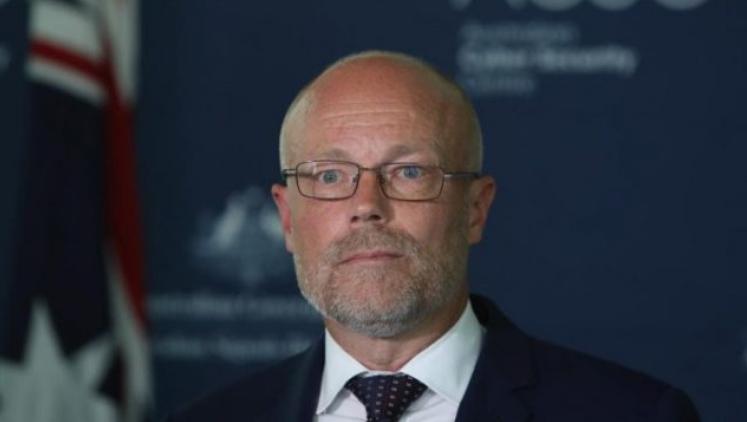 Alastair MacGibbon the man who knew too much.  Spooked by Canberra, beyond receding, abruptly exited.

The national experiment they call ‘Canberra’ and with it the imagined ‘ACT’ has untentionally been let morph by self-serving taxpayer bureaucrats to be a elite sovereigty unto themselves like a ‘Pentagon’ or ‘Vatican’ to overlord Australians as mere serfs.

The Canberra experiment dreamt up back in 1913, has comprehensively failed Ordinary Australians for a bloated ‘polly-aristocracy’ and their overpaid public subservants. 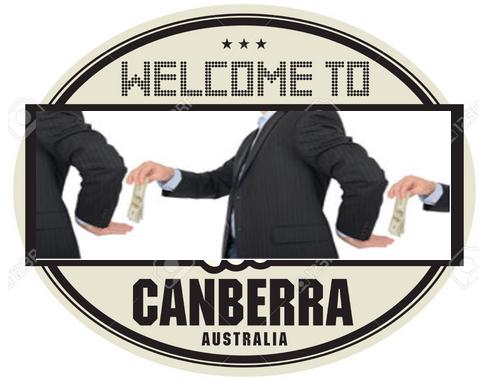