The love between a man and woman is made an eternal commitment by marriage.

Nature is about procreation and humans beings are part of Nature.  Procreation is natural and marriage binds and legitimizes having children for a lifetime.

Marriage does not mandate procreation, only love between man and woman.

Virtually every part of a wedding, from the engagement to the honeymoon, has rich history. Cultural roots, ancestry, and religious beliefs have shaped marriages for thousands of years.

The wedding is one of life’s primeval and surprisingly unchanged rites of passage. Nearly all of the customs we observe today are merely echoes of the past. Everything from the veil, rice, flowers, and old shoes, to the bridesmaids and processionals, at one time, bore a very specific and vitally significant meaning. Today, although the original substance is often lost, we incorporate old world customs into our weddings because they are traditional and ritualistic.

Australia remains a bastion of true marriage.  In Australia, marriage continues to be held as a sacred institution – the voluntary covenanting together of one man and one woman for life in a union to the exclusion of all others.  In Australia marriage is based on mutual love, mutual respect, self-giving and mutual trust between husband a wife.  It should be celebrated as the primal human relationship and in Australia it is.

At the time when wedding vows are made should always be that the marriage bond and faithfulness remain permanent while both partners remain alive. The permanent nature of the marriage bond gives security and promotes the development of a deepening, lifelong, trusting relationship.

Marriage establishes a family unit and family life which is so integral to the fabric of western civilization.  The institution of marriage continues to provide the most secure environment for the flourishing of sound family life, loving relationships and healthy child nurturing and development. It is therefore crucial to a stable society and should be strengthened and encouraged.

In Australia, we protect children from deviants; albeit our laws are not strong enough.

Deviant Marriage facilitates social deviancy and depravity such as incest, paedophila and golliwog adoption and surrogacy.    Sick-minded types who practice the most kinky and perverted forms of sexual licentiousness-pedophilia, satanic bondage, physical torture, bisexuality, transvestitism, and even bestiality, demand so-called ‘marriage equality’ so they can have the same legal rights over innocent children as a husband a wife.

We in Australia steadfastly remain a western civilized nation still worthy of respecting the sanctity of marriage between a man and a woman. Deviance in Australia remains anti-social and outlawed.  Deviant marriage remains illegal.

Australians are observing civilized Western societies being overcome by immigration and succumbed by Leftist radical disintegration.

Nineteen countries have approved deviant marriage, thus destroying the sanctity of marriage in those countries.

Deviant sodomists and lesbians can legally marry in these countries, which makes a mockery of the meaning of marriage.  Marriage in these countries is valid only in the respective immoral countries concerned. Once outside those respective countries, the marriage is not recognised, so it is a falsehood.   For instance, two homosexuals married in Ireland are not recognised as being married under Australian law.   And quite rightly.  Homosexual marriage is deviant.  It degrades society just like incest, prescriptive marriage, arranged marriage, forced marriage, child marriage, and polygamy – which goes on as ‘normal’ custom in backward primitive societies.

But proper natural marriage is still available in Australia, where marriage is defined as between a man and a woman.  This should be a boon for nuptial tourism downunder.   An Australian Marriage is natural and meaningful and maintains respect for the sanctity of marriage. Now that the legislatures of the above countries have diminished and tainted their meaning of marriage by allowing deviance, natural couples from these countries are invited to Australia to be properly married here.

After Obama’s speech last week, natural couples from the United States are invited to Australia to swear their true marriage vows under civilised Christian tradition that recognises marriage only between a man and woman. 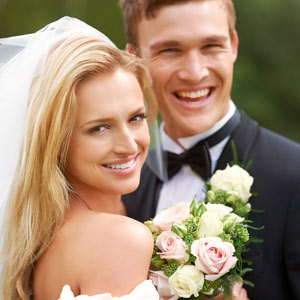