African President Barack Hussein Obama has no American tradition or heritage. He was raised on a pacific Island, Hawaii, and in Islamic Indonesia by muslim Kenyan parents from Africa.

Obama has no connection to the proud European (White) colonial heritage of generations of Americans from its 1620 Pilgrims, through its revolutionary war to the declaration of independence, of America’s Founding Fathers formation of American Society and its Constitution, of the loss the Confederacy in the south and of the Old West frontier struggles. 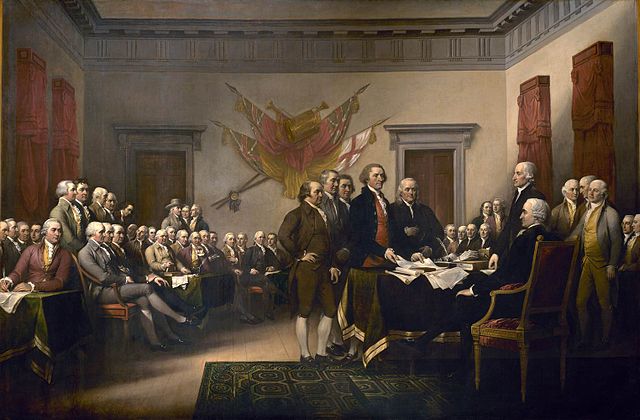 America’s Founding Fathers presenting their draft of the Declaration of Independence to the Congress on June 28, 1776

Obama has African lineage.  He has no affinity to White American heritage, traditions or ideals. He does not share the values and ideals of the American Society created by America’s Founding Fathers – the freedom to honestly pursue one’s goals, hard work and sacrifice, individual enterprise, personal responsibility for one’s own destiny, achieving financial independence, being one’s own boss, and of home ownership.

In Barack Obama’s 1995 autobiographical ‘mein kampf’, ‘Dreams from My Father: A Story of Race and Inheritance‘, Obama dismisses American history in one single sentence: “The worst thing that colonialism did was to cloud our view of our past.”

The currency of hard-fought American Wealth

In the Declaration of Independence, America’s Founding Fathers laid out very clearly for us the true meaning of the American Dream …

“We hold these truths to be self-evident, that all men are created equal (American citizens not aliens), that they are endowed by their Creator with certain unalienable Rights, that among these are Life, Liberty and the pursuit of Happiness”…

Instead, Obama is a Leftist who has been pursuing a manifesto of collectivism, globalism and multiculturalism in order to reshape America by eroding traditional White America wealth and power and undermining the nation’s sovereignty.

Obama mouths notions of the American Dream in his cunning speeches, but his nationalist language is only to lure proud Americans to vote for him.  It is all calculated spin.

Obama came to office promising to bring people together… “It is that promise that has always set this country apart – that through hard work and sacrifice, each of us can pursue our individual dreams but still come together as one American family, to ensure that the next generation can pursue their dreams as well.”  – Obama’s presidential nomination speech, Feb 2007.

But he is hollow.  Obama is a bigger hypocrite than even Bill Clinton.  Worse, is that his tenure as president has revealed a dark dangerous payback agenda to marginalise traditional White America. 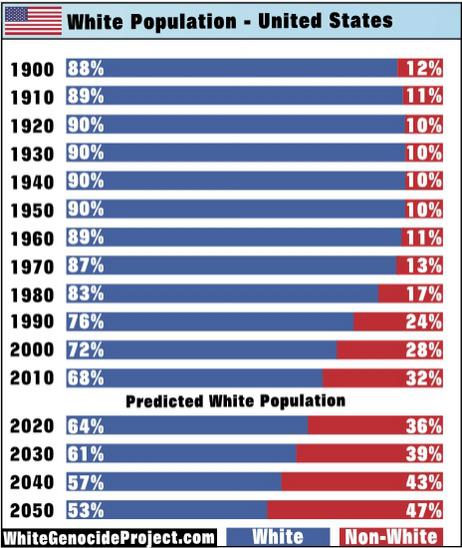 In Obama’s 1995 book he has a racist chip on his shoulder:  “This pleased Onyango, for to him knowledge was the source of all the white man’s power, and he wanted to make sure that his son was as educated as any white man.”

“That’s just how white folks will do you. It wasn’t merely the cruelty involved; I was learning that black people could be mean and then some. It was a particular brand of arrogance, an obtuseness in otherwise sane people that brought forth our bitter laughter. It was as if whites didn’t know they were being cruel in the first place. Or at least thought you deserved of their scorn.”

As the most powerful man in the United States, more and more Americans are realising that Obama brought his racist chip on his shoulder into the White House and has dispatched a White Genocide agenda. 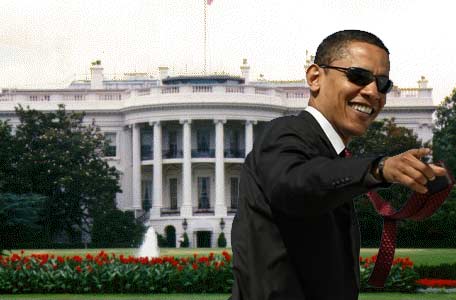 Democrat Hillary Clinton is gearing up to follow along Obama’s destructive path.

“this will arguably be the third great revolution of America, if we can prove that we literally can live without having a dominant European culture.”