The CFMEU has been exposed by Australia’s ‘Royal Commission into Trade Union Governance and Corruption‘ as allegedly corrupt, criminal and with connections to terrorists, violent anarchists, outlaw bikes gangs and money laundering slush funds.

Boss Dave Noonan must be under suspicion by Australian Federal Police, if not ASIO, given its Islamic links.  So how does the CFMEU still have legitimate workers in its membership? Must be by company proxy in exchange for slush funds and no-dispute deals.

Members of Australia First Party allege that CFMEU thug, Luke Collier, in company with Joe Myles and others, was part of a group drawn from the CFMEU who carried out assaults during a nationalist demonstration in South Brisbane on May 2, 2014.

The CFMEU involvement was at the request of globalist anarchists ANTIFA, frequently a protest rabble tool of the Australian Labor Party. 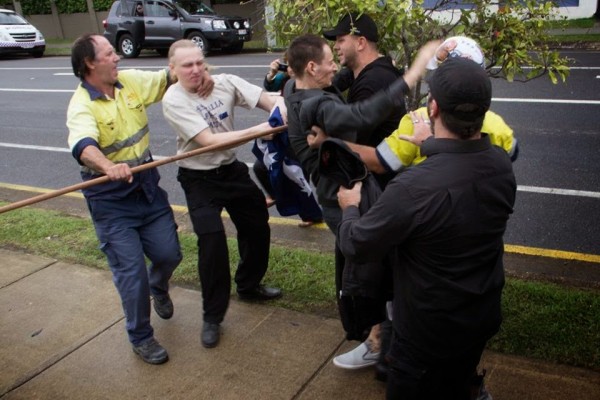 Would be union organizer :Luke Collier pleaded guilty in April to assaulting his former partner. Now banned from building sites for failing to reveal his criminal history, Luke is going from bad to worse. Another charge may await him.

Luke Collier had displayed on Facebook a photograph of himself holding a Southern Cross flag he stole attracting an assault and robbery charge. 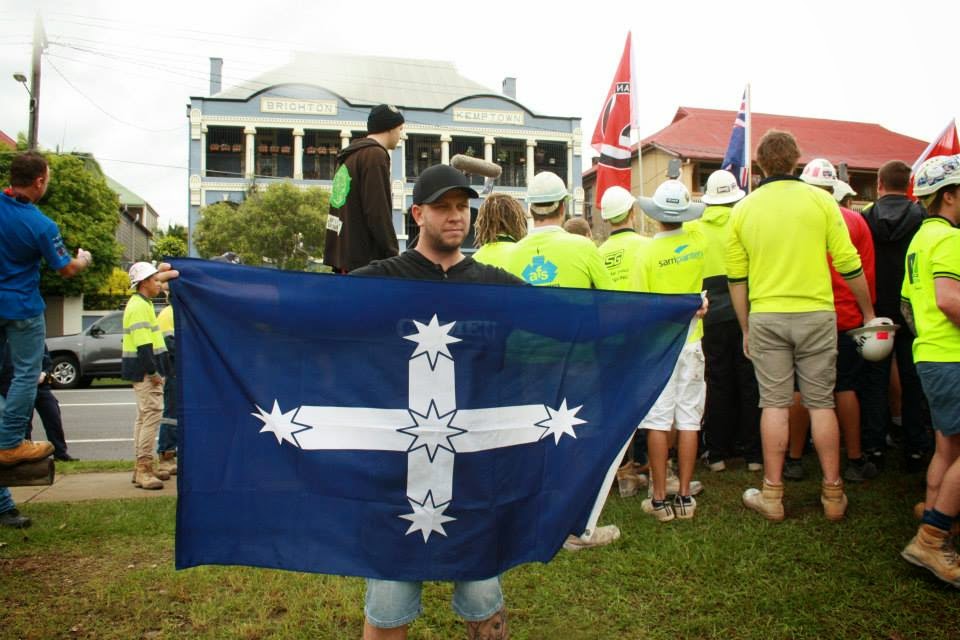 Luke Collier up to his criminal neck with ANTIFA red and black flag at rear held by the crew-cut. He’s set to squeal on CFMEU links to ANTIFA and Socialist Alliance/Alternative

The criminal gang operating within the CFMEU should not have the label of ‘unionist‘ placed on them. They are violent anarchist criminals. We say it is time for the CFMEU to act against them and expel them all from the union. 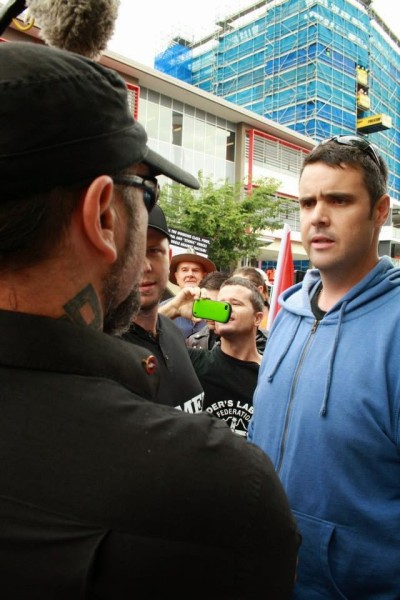 How they came to be at the Australia First demonstration, or precisely why they allowed themselves to be involved in the violence incident, are unknown matters.

It is believed that the anarchist ‘Slackbastard’ (as he is known) had some dealings with this gang prior to the violence.

Anonymous sources say that if Luke Collier is charged over the violence, it is possible he will turn informer.