What if our Australian Government bought Virgin Australia outright and so nationalised the airline?

The LibNat national government is throwing $130 billion around like there’s no tomorrow after its epic failure to quarantine Xi China’s unleashed bio weapon virus COVID-19. Rather than now simplistically resorting to a welfare state mentality misguided by medical guesswork, this imported health crisis must mot cripple Australia’s economy as taxpayer-funded Canberra blinkeredly insists.

It is only driving a deep economic depression that will quickly morph into social unrest.  Australia being an island nation, can smartly reconfigure this national crisis from economic lockdown and social solitary confinement to strategic opportunities.

The media wrongly report Virgin Australia’s call for a $1.4 billion bail-out.  No.  Its boss Paul Scurrah has consistently appealed to LibNat Treasurer Josh Frydenberg for a bridging loan which Treasury says is available to all Australian businesses forced to shutdown operations due to Canberra’s compulsory ‘Covid-19’ shutdown edict.  Interest rates are the lowest in history – what nigh 0%?  Scurrah gambles that he can repay this back over 3 years – provided Canberra comes out of its taxpayer-funded bunker by the six months it promised – October 2020.

But instead of PM Scomo granting a $1.4 billion loan to Virgin Australia that likely will not be repaid in 3 years due to his own economic shutdown policy, it would be wiser and more nationally strategic for the government to buy the airline outright. Canberra’s kneejerk economic shutdown edict has forced Virgin Australia to all but cease all flight operations, cease stock trading and set to be forced to off lay 8,000 of its mostly Aussie employees in the coming weeks.  Virgin Australia’s $500 million cash reserves, so denied any revenues may last only few months according investment bank analysts at Credit Suisse.

It is strategically in Australia’s national interests to let Virgin Australia fail.  The bottom feeding liquidators would offer few trinkets to creditors but happily cream the spoils just as KordaMentha creamed from the Ansett carcass.  It wouldn’t take long then before Canberra globalism would enforce foreign carrier undermining of QANTAS to eventually foreign control Australian airspace.  Australia then would have no manufacturing, no national carrier and more beholden to second world class puppet status of imperial China.

Yet this airline must not be allowed to fail – it employs mostly Australians, some 10,000, and their are highly skilled and qualified, many coming across from the failed Ansett Airlines in 2001.  What benefit relegating all these Aussies to Canberra’s soup kitchen queues?

The airline’s posted assets, mainly airliners, amount to around $6 billion, yet with Canberra’s current imposed economic shutdown of the entire Australian economy and all flights grounded, Virgin Australia’s market capitalisation is a mere $700 million odd.  This is a bargain.

Keep the aircraft flying!  There is no COVID reason why Australian domestic air travel cannot continue under strict quarantine rules.  Only QANTAS and this new airline as ‘Australian Airlines’ must be allowed to fly Australian skies.  The spread of the imported China bat flu can be prevented by government mandatory virus pre-flight testing of passengers at airports by qualified government medical experts, mandatory mask wearing and enforcement of First World standard contagion preventative protocols.

Chuck the Chinese and Arab foreign dictators out of our airline industry.  Scrap Branson’s schoolboy ‘Virgin’ branded legacy and rebrand the airline Australian Airlines and only employ Australians.  And ban foreign carriers servicing Australian domestic routes like in the good old days of TAA. 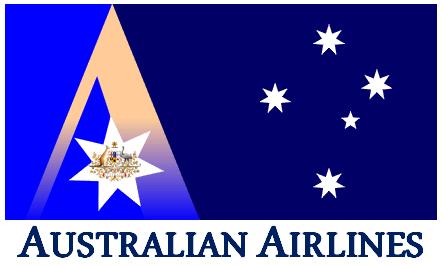 Resurrect this trusted Aussie brand and nationalise it in perpetuity.

Virgin’s creditors and shareholders took a risk in a foreign owned airline and they will lose out – should have invested in QANTAS dudes!

Dozens of airlines around the globe are state-owned and supported through taxpayer-funded incentives and operate in protected domestic markets.  So why not Australia?  QANTAS should never have been flogged off by treacherous Keating.   A 100% Australian Government owned will be government guaranteed.  It will have access to interest-free finance, be able to buy fuel really cheaply. Only QANTAS and Australian Airlines will have choice takeoff and landing slots, a duolopy in the public servant captive passenger market.

There is nothing wrong with protectionism when everyone else is doing it – especially imperial contaminated China!