Skip to content
Dr. Kristy Campion at Charles Sturt University in Wagga Wagga is fibbing again about a non-existent “Far-Right” in Australia. She claims that this Far-Right is now actively working to take political advantage of the coronavirus pandemic. And she’s being backed up in her assertions by “Andy Fleming” a so-called “researcher” of the Far Right, but who is really the notorious anarchist leader Rob Sparrow (aka Slackbastard). Now SBS has pitched in to help, by spinning far and wide their lurid tales of “Far Right” plots to use fear of the coronavirus to spread hate - and more hate and more hate. In the chaos of hate, it is said this Far Right could acquire political influence.

Nationalism And The Virus – The Politics Of Tomorrow

This series of articles concerns the impact of the COVID-19 pandemic upon Australia’s politics. Comments and ideas can be directed to the party at ausfirst@alphalink.com.au   Each week, we will deal with a few issues as events unfold.

Dr. Kristy Campion at Charles Sturt University in Wagga Wagga is fibbing again about a non-existent “Far-Right” in Australia. She claims that this Far-Right is now actively working to take political advantage of the coronavirus pandemic. And she’s being backed up in her assertions by “Andy Fleming” a so-called “researcher” of the Far Right, but who is really the notorious anarchist leader Rob Sparrow (aka Slackbastard).

Now SBS has pitched in to help, by spinning far and wide their lurid tales of “Far Right” plots to use fear of the coronavirus to spread hate – and more hate and more hate. In the chaos of hate, it is said this Far Right could acquire political influence.

What do we say about all this? Oh what tangled webs we weave, when we practise to deceive!

I have commented upon Kristy before, given she has a close relationship with the Australian Security Intelligence Organisation (ASIO). She has worked to give an academic gloss to ASIO’s claims that a dangerous Far-Right exists in Australia, one which might use violence. According to ASIO, the Far-Right functions with its motor being an ideological amalgam of “white supremacy” (whatever that is) and anti-Islamism.

That is assuredly Kristy’s line. It is also Rob Sparrow’s line. It’s a bit odd, ‘cos any idea of ‘whiteness’ (whether ‘supremacism’ or anything else) never inspired anti-Islamist groups that were active a few years back and which have now vanished to the ether.

It has been argued by nationalists that the groups both she and ASIO sometimes refer to essentially – don’t exist.  That is a serious charge. It is time for her to put up or shut up. Name them again in print in reply to us! Prove they exist!

It has also been posited by nationalists that Sparrow has played a role in sort-of-promoting meaningless internet chatter, or minuscule circles of persons with big names or fiery words, as actual organisations, or foci for action or influence or power. Again, smoke but no fire.

In Kristy’s fantasy, “Far-right extremists are talking about things like sabotage and coughing on minorities to infect them.”

Really, who? And let’s assume some idiot did say that – does it not sum up to just scrawling on a toilet wall (in this case Facebook or some other social media platform)?

In a few brief paragraphs, Kristy gives us a lot of smoke:

“In Australia, these white supremacist groups have a general opposition to immigration and other faiths.

“That plays out in ideas intersecting with tropes around the virus. For example, the ‘China virus’ nonsense.”

“We have seen what looks like an uptick in racist attacks immigrants during coronavirus and we need to explore that more,” she said.

What white supremacist groups? The China virus nonsense (sic) has been talked about by just about everybody. And so-called racist attacks on immigrants seem to be nought more than a few frustrated people venting their community anger, albeit in a less than scientific way. So how is this Far Right doing tricks? Clearly too, these folks have zero to do with any Far Right, and if they did, the police would have said so already. 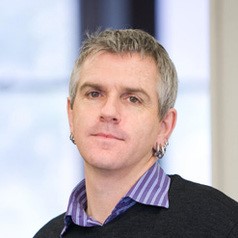 The anarchist leader Rob Sparrow, a man who has in the past advocated and supported violence against persons or groups he has characterised as “Far Right”, is also part of the SBS equation (and we assume a research confederate of Kristy?). SBS says:

“A far-right researcher, who goes by the pseudonym Andy Fleming, has been watching the online chatter from far-right and neo-Nazi groups closely over the last few months and said it has been “disturbing”.

He told SBS News white supremacist groups have welcomed the closing of international borders and the banning of foreign nationals from entering Australia.”

Let us assume there was a “white supremacist” group that wanted to close borders and ban immigrants from entering, would that establish the existence of a plot to do violence or manipulate Aussie politics? At the moment, the globalist government has itself done these things. Where is this line going?

As for the “neo-Nazi groups”, we understand from our own intelligence that a couple of minicells that did exist have also disintegrated leaving behind a couple of silent websites. And what if it was all just a few kids mouthing off about little at all, and who may have worked out that, to use the Monty Python expression – “it’s just silly”?

SBS Does the Spin

“Far-right groups have displayed racist banners in several cities in breach of lockdown laws, which were then posted to the Proud Boys movement.”

Proud Boys? Did they do it? It should be noted that in fact, the former Proud Boys (it’s also disintegrated) weren’t ‘racist’. Quite the contrary. They were quite happy with the multiracial society. They just didn’t like Islam. Why would SBS quote someone (we couldn’t make out who) saying that?

But finally, we come to Kristy’s pitch at full volume:

“Dr Kristy Campion …. said that those welcoming the virus are hoping it will bring about social collapse and chaos that could give rise to the conditions suitable to the expanded growth of a far-right movement. Accelerationism is a strategy to achieve their ideology….”

Accelerationism is an ‘idea’ that did appear at one point, the notion that by inciting chaos or bringing it on, some extremist group would benefit. If such a theory was in the abstract true, it would only have validity if an organisation of revolutionaries existed to make it so. Reasonably, Kristy knows that there are no Far-Right revolutionary organisations and if some nutter ‘thought’ of accelerating events or events themselves accelerating, he would be politically impotent without such an organisation. To talk of taking advantage of a revolutionary situation means serious politics and Kristy is ‘Dr.’ Campion after all. That means she must have such an organisation to make the claim.

So why say it? This is where the real conspiracy may lie. I have my view that goes something like this: there will be a public reaction when the corona crisis passes against Australia’s links to China and a movement against globalisation and free trade will grow. This will be a nationalist reaction. Having loaded up a non-existent Far-Right with parts of this political virtue nut then by accusing the strawman of a hundred crimes, the liberal-multicultural-free-trade group hits the ground running to confuse the public and to lead the counter-attack. Could this be why they lie?

I can promise Kristy that something is coming – but it won’t be the Far-Right!

Readers are invited to read SBS’s propaganda if only to see that we quote the liars correctly. 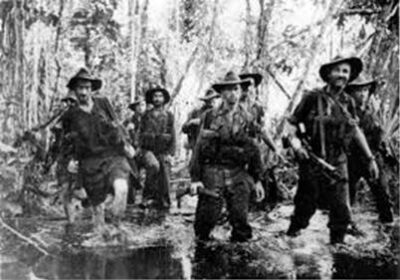 Armed Neutrality For Australia – Is It A Common Sense Goal? 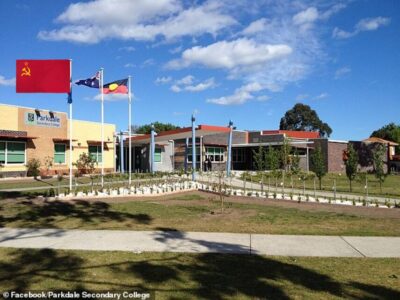 MORE SCHOOLBOYS MADE TO ACKNOWLEDGE THEIR WHITE CHRISTIAN MALE OPPRESSION