A tip-off to Australia’s National Security Hotline was thankfully responsible for sparking an anti-terrorism raid in Melbourne’s outer northern ethnic Greenvale that has led to Friday’s arrest of a 17-year-old Muslim charged with plotting pipe bomb attacks on Mothers Day.  Nice Muslims. 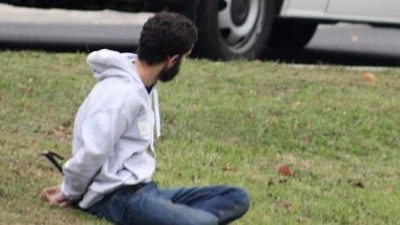 “A youth sits restrained after the police raid in Greenvale.” Another beard.

In primitive barbaric Islam, Mother’s Day holiday is ‘haraam’ (that is forbidden by Allah) purely because it is a tradition of non-Muslims.

Realise that Islam is a serious barbaric cult, dudes!

Police have confirmed that they have foiled an imminent terror attack preventing innocent Victorians being hurt or killed as a result. 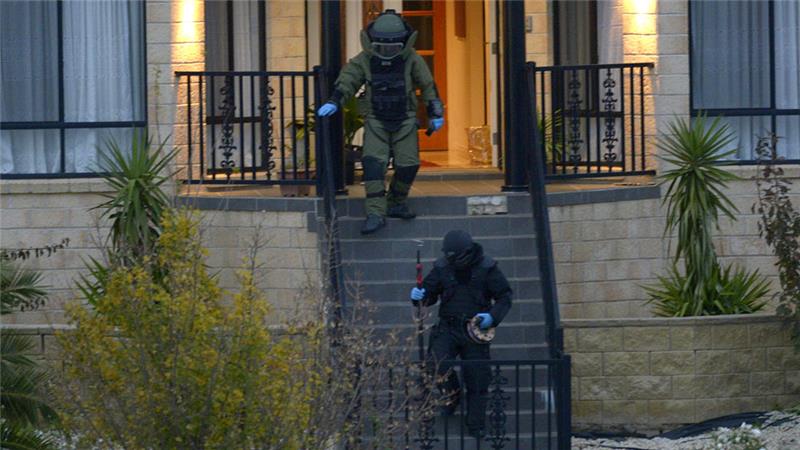 The teenager, who cannot be named because of his age, has been charged with two terrorism-related offences after his family’s home in the northern ethnic suburb of Greenvale was raided by Victorian and Australian Federal Police last Friday afternoon before Muslim prayers.  The 17-year-old boy is due to face the Childrens’ Court on Monday.

Because the Islamic cult has deliberately brainwashed a minor (being under age 18), Australian law as they well know protects the identity rights of minors.  Yet no less, the scum youth furnished a classic feral Muslim beard like this one below and so looked dodgy on any Australian street. 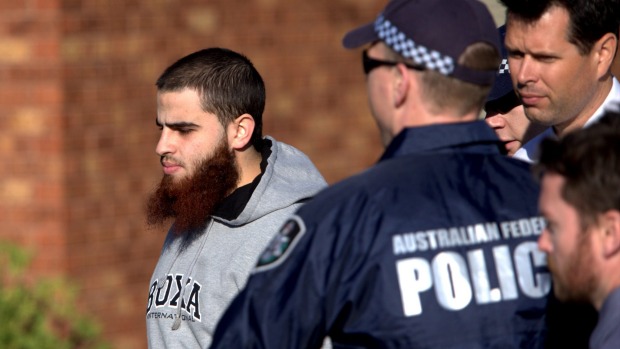 Sample Jihadi. The Muslim Beard is a sad quandary.  It is the only way immature male youths lacking dress sense distinguish themselves from girls.  Decent girls just run a mile.

Police have refused to disclose the intended target or date of the attack, saying only that “some Victorians are going to be alive” because of the security operation. 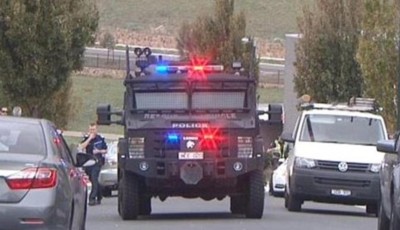 The family is Islamic from Syria and the patriarch a medical doctor.  May be he’s like the jihadi doctor Tareq Kamleh, who spent almost a year working as a paediatric registrar in Queensland’s Mackay who came out calling himself ‘Abu Yusuf’ and escaping Syria to join ISIS in Syria. 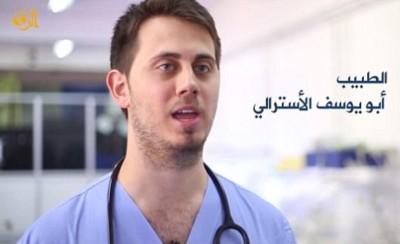 “I’m not coming back to Australia”  (Good)

Greenvale is the location where another Arab Muslim, Ramazan Acar (24) dumped his two year old daughter’s body in grassland near the Greenvale Reservoir back in 2010.  In a multicultural domestic with his wife, Acar collected his toddler daughter Yazmina D’Argent, stabbed her multiple times and dumped her in grassland leaving her to die, then he drove off and burnt our the car. 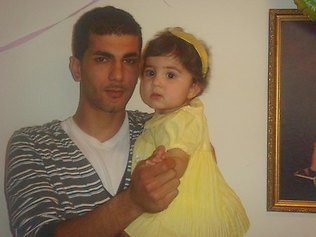 Yazmina Acar with her father Ramazan Acar pictured on Facebook before he killed her with a large knife. Acar got life sentence and will be eligible for release in 30 years.

Muslim offspring born in Australia don’t consider themselves to be Australian. They hate Australians and yearn their Middle Eastern heritage.  Give ’em a one way ticket there.

The Australian Prime Minister urged Australians to keep going about their daily business and living their lives normally.

Where Tony Abbott would you guarantee Australians go about their daily business and living their lives normally? 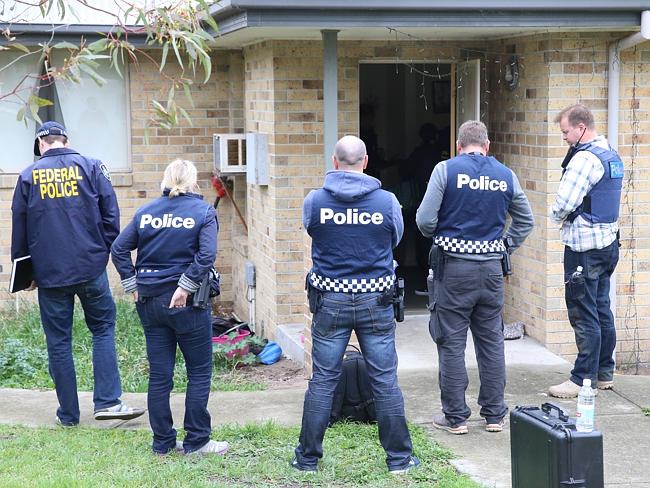 Greens-Labor’s welcomed asylum seeking jihadis with no ID (2007-2013) could be living next door to you.

We are all learning about Rudd-Gillard-Hanson Young’s toxic asylum seekers how many years on?

The Mother’s Day Jihadist (the brainwashed beard) has been revealed as a fundamental Islamist, espousing strict interpretation of Islam, Sharia and barbarism. The family has lost relatives in the Syrian Civil War.  The beard claims on his Facebook page Muslims should hate the “kafir” (unbelievers) and that those from the Shi’ite sect of the religion “were not human”.  “If you find a Muslim with a bomb, and report him to the police, you’re an apostate,” the beard wrote.

Victoria’s Chief Commissioner Tim Cartwright has said that a number of “improvised explosive devices” were found in the beard’s home.  The beard “was well advanced in preparing a bomb”, was frothing on Facebook.  “We do believe (the beard) intended to explode the device at an event over the coming days.”

Mothers Day was the target date, but the exact location is yet to be disclosed.  Speculation is that it could well have been the Mother’s Day Classic Walk/Run at Alexandra Gardens, and so a copy cat of the Boston Marathon Bombing on April 15, 2013. 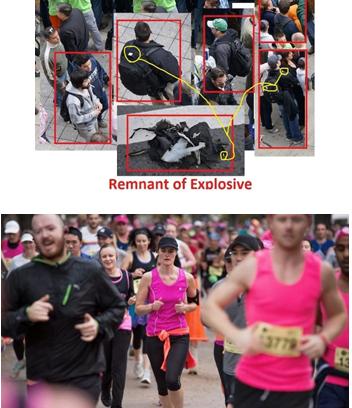 The beard has been charged with “acts done in preparation for, or planning, terrorist acts” which carries a maximum sentence of life in gaol.  He has been held in custody over the weekend and faces court today.  Apparently, the sister, Babaganoush (not her real name) is seething on Facebook at her brother’s treatment.  “Muslims have a right to pipe bombs in our own bedrooms!”