May 21, 2016:  The hosts of a teenage party barricaded themselves in a bedroom as their party was invaded, and their home smashed and robbed, in Melbourne’s west.  Up to 200 negro refugee youths swirled around the Point Cook home at 18 Drysdale Crescent at around 11.30pm on Saturday before gate crashing the party.  The black mob worked themselves into a “frenzy”, before smashing windows and doors, terrified witnesses said.  The home invaders were aged between 14 and 20, nearly all male, and all black as the ace of spades.

The party was advertised on Facebook to friends and started around 6pm with music playing. The hosts, two teens, a brother believed to be 17 and his younger sister, held the party after their father went on a trip to Queensland this week.

“About 20 came up to the door and tried to get in, but the girl slammed the door,” Maddy said.  After several more attempts the negros began punching and kicking at the doors and windows, then grabbing garden stakes used to prop up trees in the street, Lee said.

“They were punching and kicking and then they managed to kick in the front door and smashed the front window …there were about 30 or 40 of them. As soon as the front window broke they were like in a frenzy,” another neighbour, Ryan, said.

A council wheelie bin was also thrown at the front window and on Sunday morning, it along with its contents remain strewn on the front lawn.
“Once the window smashed it was on,” Maddy said.

Victoria Police Superintendent Stuart Bateson said several people at the party, including the teenage girl host, barricaded themselves in a bedroom while their home was trashed.

No one was arrested, sending a clear message that if ya Negro, ya can rampage Melbourne with impunity. 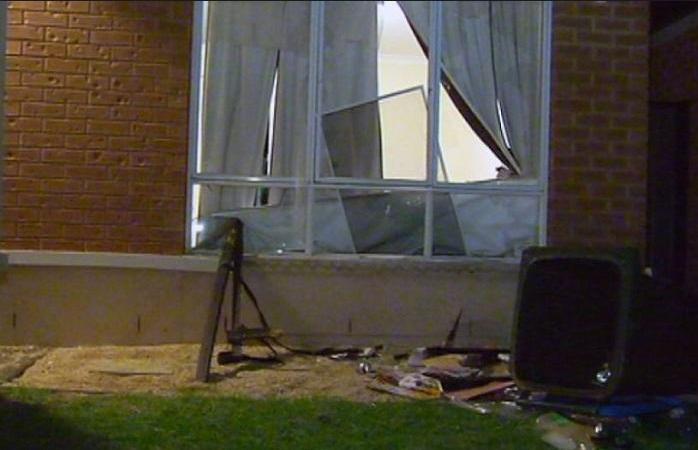 Debris and litter outside the Point Cook home.  The parents were away in Brisbane on holiday.

May 7, 2016:  A group of around 40 negro male youths attacked a Nicholson Street residence in Fitzroy in Melbourne’s inner north.  They arrived from the Carlton housing commission flats, armed themselves with sticks, branches and rocks.

Melbourne hood for negros like Detroit in the U.S. and like Birmingham in the U.K. – nice ghetto material

The dispute started after the occupant of a home near the corner of King William and Nicholson streets confronted several teenagers loitering around his car, a grey Nissan, parked outside the property.  A short time later, up to 40 negros gathered across the road in Carlton Gardens and hurled rocks and sticks at the three-storey house.

Several men emerged from the property and gave chase wielding a hatchet and a baseball bat to scare off the vermin. Several patrons at the nearby Pumphouse Hotel and backpackers at the Nunnery youth hostel witnessed the wild altercation about 5.30pm on Saturday.   A witness said the fight lasted almost 20 minutes as the youths dispersed and then regrouped at least four times like a dog pack.

It is unclear whether the dispute is linked to the violent Sudanese Apex gang, a 100-strong group linked to a number of crime sprees and rights across Melbourne in the last two months, which have been steadily recruiting members over the past year. Apex were blamed for an infamous riot in Melbourne’s CBD during the Moomba festivities in March.

April 14, 2013: James Fitzgerald (30) an English migrant in Melbourne, was one of two men brutally beaten by the gang of negro youths, even after handing over all their possessions.  He and Ryan Hickey (25) were attacked in the Fitzroy Gardens in separate incidents about 3am on April 14. They were repeatedly kicked, and their heads stomped on.

The attackers were described as being of African appearance, tall and thin – aka negros

Mr Fitzgerald, who moved to Melbourne from London two years ago, said the men stalked him and surrounded him as he walked through the gardens on his way home from a night out.  He said he gave up his wallet, phone and passport amid a flurry of kicks and punches, but they seemed determined to kill him.

“I thought, ‘OK, they’ve got my stuff now’. And that’s when the beating really began,” he said.  “It was savage. It was extreme violence. I must have been kicked and stomped in the head about a dozen, 15 times, maybe more.

“And I was lying on the ground covering my head, and they were literally kicking it like it was a football – not little digs, but proper kicks,” he said.
Mr Fitzgerald suffered a broken wrist as he shielded his head from the blows.

“People were stamping on my head repeatedly like it wasn’t a person’s head, but like a balloon,” he said.

He escaped when a woman with the thugs begged them to stop.  While they were distracted, she whispered in his ear for him to run.

“I was thinking this is it, and then luckily that girl saved me. Because if she hadn’t said that, they weren’t going to stop.”
Shortly before the attack on Mr Fitzgerald, Mr Hickey sustained broken vertebrae after an encounter with the same gang.

Police have released CCTV images of four people, who were in a Richmond convenience store about an hour after the attacks, to whom they wish to speak. 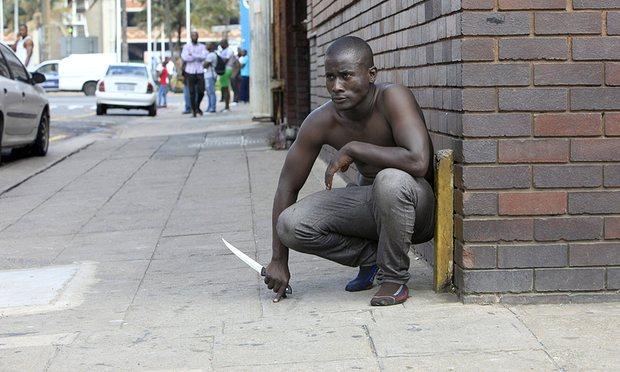 South Africa, April 2015:  At least five people were killed and hundreds forced to flee their homes in one of South Africa’s worst outbreaks of xenophobic violence in years.

Most of the recent unrest occurred in and around the coastal city of Durban, where police said two foreigners and three South Africans were killed. The dead included a 14-year-old boy who was allegedly shot during looting on Monday night and died at a hospital, police colonel Jay Naicker said. Some 34 people have been arrested for possession of unlicensed firearms and other crimes in the last two days, he said.

“Police are deployed and in high alert in most of the areas where there are foreign nationals,” Naicker said in a statement emailed to the Associated Press.

Despite the increased police presence, authorities are hard-pressed to stop unrest that recalls similar violence in South Africa in 2008 in which about 60 people died. In January this year, four people died during a week of looting of foreign-owned shops and other violence in Soweto and other areas of Johannesburg.

Some South Africans have accused immigrants of taking jobs and opportunities away from them. The latest violence followed reported comments by Zulu King Goodwill Zwelithini, an influential figure among the Zulu ethnic group, that foreigners should “pack their bags” and leave.

In the absence of police law and order and the courts letting black scum off the hook for being black, White Australians are starting to realise they have to defend themselves and their neighbourhoods.

Introducing the Bros Over Hoes gang patrolling north and west Melbourne for black bovver since 2011.  Police describe them as “hate filled”, but members of the gang says it is about Black violence, White turf and White justice. 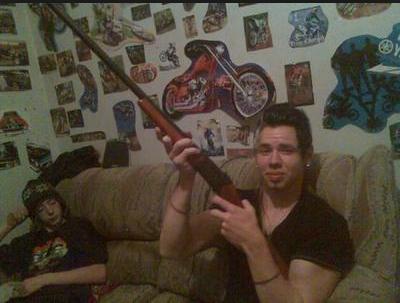 “Mum, I’m just going down the shop to get a paper.”

And they have had success. Ten frightened African families have fled the area and others, without the finances to move, remain in fear of their lives.  One head negro has commented, “Those who can, have moved away, but the rest of us are living here in fear of our lives. A boy they wanted dead was hit by a four-wheel-drive car, which had mounted the nature strip to get him. The gangs chase us with baseball bats and iron bars, physically beat us, throw rocks and eggs, smash our cars and windows of our houses and shout racist abuse, telling us to ‘go home’ and threatening to kill us if we stay.”

He said one family was told by the gang, “Get your f—— black a— out of here or we will shoot you one by one”.

It shouldn’t have come to this, but lax laws and policing denial have brought it on.

Sudanese have stopped rampaging in the gang’s turf. When it’s dark at night you can actually see the person coming towards you. slowed down

It’s like a door-to-door Hoover sales, cleaning up the neighbourhood and restoring the peace-loving Aussie community.

Other vigilante gangs are emerging across urban Australia.

Politicians and police can hardly say it wasn’t coming.  If the police won’t act for fear of being branded racist, then there are a number of red-blooded Aussies who don’t mind the slur, and indeed treat it as a badge of honour.  It’s justified reflective racism anyway.

Some are pictured in front of the Australian flag.

Police Superintendent Graham Kent said our understanding is that these men have a loose association.  “They are not organised criminals.”

And uniform police are assisting on the quiet, the negros say, “We used to go to the police all the time but nothing ever happens. Our cases are never solved and we do not get updated with what is happening.”

And as with the loose policing of negro gangs and ANTIFA, police are consistent about the media language they use: “We are being very proactive in looking at ways to tackle this problem and these people should know that if they break the law, the police will come down hard on them and they will face the full force of the law.”