(TRUNEWS)   “In an interesting twist to the strategic Panama Papers leak, the International Consortium of Investigative Journalists (ICIJ) — primarily funded by George Soros — has exposed their premier donors holdings in the Carlyle Group, an infamous venture capital firm with deep ties to the US military industrial complex. 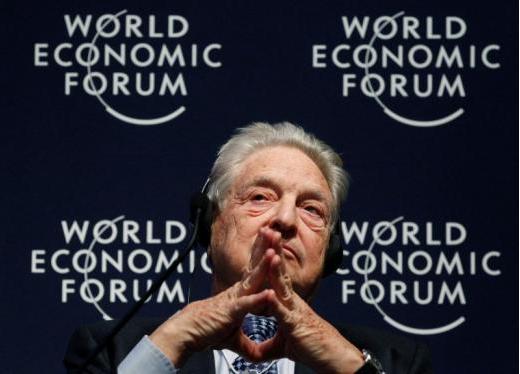 Included in the 320,000 offshore accounts published May 9th by the ICIJ were companies held by George Soros in his mostly secretive Quantum Group of Funds (QGF). The QGF has been referred to as a ‘shield’ for Soros’ billions by both FoxNews and Sputnik International.

The design of Soros’ QGF network of interlocking offshore companies and bank accounts was partially made public in the mid-1990’s, during a mandatory disclosure to the United States Securities and Exchange Commission (SEC) after the billionaire purchased several SEC-regulated firms.

Soros’ link to the Carlyle Group was discovered after FoxNews noticed two Soros-owned QGF funds named Soros Finance Inc. and Soros Holdings Ltd. included in the latest stolen client data from ICIJ. When their investors dug further they discovered an SEC filling through a third Soros established shell company named Soros Capital which, their filing said,  was established with the intent purpose of investing private equity with the Carlyle Group.

Also named in the SEC filing was Attorney Steven J. Gilbert who, according to the document, serves as a sole proprietor, investment manager and managing general partner of Soros Capital L.P., based in Bermuda. Included are the US addresses where the offshore entities parent companies are located: 785 Smith Ridge Road, New Canaan, Connecticut 06840 and 8955 Guilford Road, Suite 2001 Columbia, Maryland 21406.

The Carlyle Group has served as an intricate part of the US military industrial complex for decades, and through its various military weapons contracts — and high-level security services — has greatly profited from the elongated Global War on Terrorism.

In October,  2001 the New York Times reported that the Saudi family of Osama bin Laden — the supposed mastermind behind the 9/11 terror attacks — had holdings in the Carlyle Group, an interest they were forced to severe after many pointed out the flagrant conflict of interest and previously unseen potential economic motive behind Osama’s involvement.

The NY Times highlighted the depth of the Carlyle Group’s Washington connections by also exposing that former President George H. W. Bush was a senior advisor to the Carlyle Asia Advisory Board (from April 1998 to October 2003), and James A. Baker III, his Secretary of State and the former chief of staff and Secretary of the Treasury for President Ronald Reagan, was a partner in the Carlyle Group as well as their senior counselor. As an icing to the evidentiary insider connections of the Carlyle Group to America’s lawmakers in D.C., The Guardian reported that the firm had offices on Pennsylvania Avenue, midway between the White House and the Capitol building, and within a stone’s throw of the headquarters of the FBI and numerous government departments.

Many of the Carlyle Group’s questionable connections to the Bush family, Saudi Arabia, and the bin Laden’s were highlighted in Michael Moore’s 2004 political documentary “Fahrenheit 9/11”, a movie which grossed $222.5 million in box office showings and is often credited with the launch of the mainstream 9/11 truth movement.

ICIJ’s database also links Soros Capital to Dongya Ports Limited, which is owned by another series of offshore entities and shell companies.

This is of specific repute due to the historic financial investments of the Carlyle Group into Asia — headed in 2001 by George H.W. Bush — and Saudi Arabia’s rumored extensive use of shell companies in Asia to anonymously invest their U.S. treasuries in Asian custodial holding funds, predominately as a means to protect the US-Saudi petrodollar arrangement.

Soros’ link to the latest round of leaks from the ICIJ has sent many analysts for a double take since he is one of the groups, primary donors. In 2014, Soros donated $381 million of his Quantum Group of Funds (QCF) shares to his New York-based Open Society Institute (OPI), a charitable foundation, which in 2015, directly donated $1.5 million to the group publishing the Panama Papers Leak.

Soros has openly stated that he founded the OPI to promote globalized capitalism and democracy, and currently supports hundreds of activist groups, academic research and investigative journalists, including domestic communist organizations such as Black Lives Matter and anti-American revolutionary movements such as Democracy Now.

When asked about their recent disclosure against one of their primary sources of funding, Gerard Ryle — the ICIJ’s leader — said he had not noticed Soros’ companies in the database until FoxNews.com called it to his attention.

“I suspect we would have more information [on Soros] because the public database … does not contain the underlying data,” Ryle said in an email FoxNews.com.

At this time it is not clear why George Soros’ offshore network is being exposed by the ICIJ, an NGO he directly funded — and who has specifically avoided exposing high profile US clientele admittedly included in their stolen data from Panama-based law firm Mossack Fonseca.

Today, Bloomberg announced that George Soros, through his Soros Fund Management firm, slashed his long-term equity holdings to $4.5 billion as of March 31 — an approximately 25 percent cut. Soros also disclosed owning call options on 1.05 million shares in the SPDR Gold Trust, an exchange-traded fund that tracks the price of gold.

Could these leaks be punishment against Soros’ bullish moves, which directly contradict the Fed’s publicized sunny prospects for the global economy? Could FoxNews have inadvertently brought attention to links the ICIJ never meant to be publicized? Could the ICIJ not be as centrally controlled as many analysts have speculated? 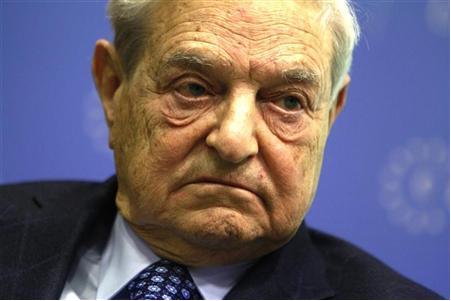