The Fairfax Media Empire is on the skids.  It’s Leftist bias has sunk to competing with the extreme socialist Green Left Weekly for readership.

In his political leaflet entitled ‘Beneath the black mask: inside Australia’s anti-fascist Antifa groups‘, Peter Munro, extols the virtues of joining ANTIFA and engaging in street violence.  He tries to liken the criminal gang as a club for wealthy bourgeois kids of upper class Melbourne and Sydney stock to taste some juvenile rebellious cause against establishment. 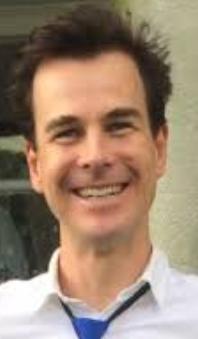 Munro, himself an anarchist, profiles the ANTIFA recruit thus:

Here’s another bunch of them.

ANTIFA unmasked angry metro-sexuals without a cause

Peter Munro goes on and on about ANTIFA unprovoked street violence being somehow self-defence and promotes his co-conspirator Andy Phlegming.  Munro’s employer Fairfax Media allows him to indulge and it went to print in yesterday’s Saturday’s Sydney Morning Herald edition.

Indeed, Munro is not just positive in his review of ANTIFA, but supports the extreme radicalisation.

He prints the ANTIFA propaganda:

“You can’t escape capitalism. You can’t live on an island. You can’t just magically declare yourself not part of the system,” he says, sipping his tea. “To radicalise people is not easy. You can’t just walk up to someone and say ‘smash the system’ – they will think you’re a loony. That’s why people have to be mobilised.”  “The only good fascist is a dead one!”  “Burn that flag and burn that woman.”

Peter Munro includes this ANTIFA image in his article: 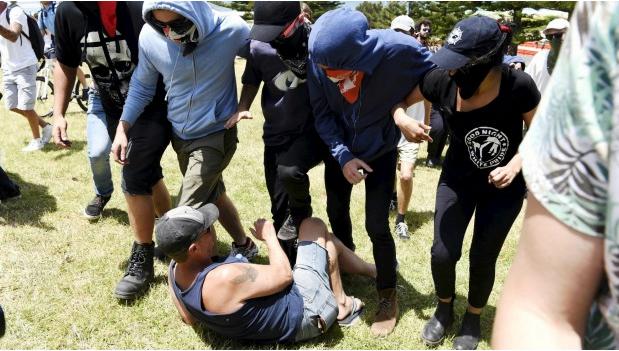 Is this not Fairfax condoning and inciting anarchist violence?  Is Fairfax so desperate for it’s new target youth audience that it prostitutes itself as a mouthpiece now for ANTIFA?

No wonder Fairfax Media is in decline.  Fairfax sacked 30 of its Leftist journos last week in Sydney and Melbourne. Up to 150 propagandists are set to go. 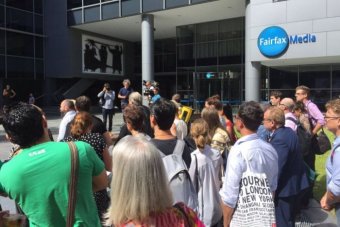 It’s termed “forced redundancies” to save costs, but it was really about lack of Leftie paying readership out there – they’re all on some form of welfare.  No-one will pay to read the tripe, and no-one will advertise in tripe, so the revenue has dried up.

Munro should have joined the sad faces ordered to “leave the building” at the Sydney Morning Herald, the Age and the Australian Financial Review.  He certainly ain’t part of any “quality journalism calibre”.  News reporting has been supplanted by “opinion”. 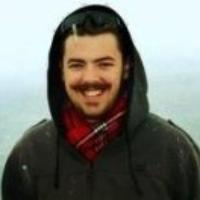 “Change is a permanent part of our industry. It is a reflection of what we know about the ways our readers are consuming stories. So by the time we have sacked all journos our costs will be manageable.”

In 2012, Fairfax chopped most of its workforce, sacking 1900.   It is part of a new restructure to reduce what was once a 1kg door stop paper down to a double-sided “compact” leaflet soon to be printed in China and else following Crikey and New Matilda by just being online.

Overpaid Chief Executive and Managing Director Greg Hywood has already had two garage sales to flog off various assets. And with moralising socialist Todd Sampson on the management board, everyone will be required to wear t-shirts with a red star on the front.  And it wants to be more ‘female friendly’?

Publicly listed on the Australian Stock Exchange, Fairfax Media since 2011 has no connection to the founding Fairfax family. Even mining magnate Gina Rinehart has dumped the stock after trying to do a Rupert Murdock and bully the editors to be more pro-mining.  The share price has tumbled from $5 pre-GFC to a penny dreadful 90 cents after successive massive write downs in its asset base.  Profit is only because of sacking staff.

Three good reads about the demise of Fairfax.

The newspaper advertising revenue model has been abandoned for a shoe-string political think tank model for a few fanatical urban Lefties.  At least it still has the comics, the crossword and the death notices – hopefully of suiciding anarchists.