Well we read News Ltd’s critique of Mark Scott by its columnist Miranda Devine in last Sunday’s Daily Telegraph, and while we acknowledge her arguments we would have gone further but then we are not journalists.  We also trimmed the intro.

“This is a tale of two Australias. In one Australia you have the increasingly derided wealth creators. In the other, you have the burgeoning new entitlement class – “leaners” who rely on big government to protect them from the disciplines of the market…(like) the ABC, the taxpayer-funded media leviathan which costs $1.1 billion a year and is squealing over a 5 per cent haircut.

The government’s problem is that it will not challenge the entitlement class.

And none is more entitled than the ABC, with its fat employment contracts, generous superannuation, curious business plan, and even more curious ­approach to wealth creation.

For instance, you will never hear about the Roy Hill triumph on ‘Our ABC’ — apart from criticism from that bastion of integrity, the Construction, Forestry, Mining and ­Energy Union.

Example one: the ABC enterprise agreement, 2013-16, which covers an 8 per cent annual growth of wages and perks, including superannuation contributions of 17-20 per cent, more than double the rate of the private sector.

Then there are various allowances, for meals or television clothing, or if you live in an “isolated locality” — like Darwin. If you work in Kununurra you get an extra seven days annual leave. Maternity leave is 14 weeks, adoption leave is six weeks and supporting partners’ leave is two weeks. You get paid leave to move house or for “special religious ceremonial or cultural obligations”.

There is study leave of up to five hours a week. Aboriginal and Torres Strait Islander employees get a day’s paid leave each year to participate in NAIDOC Week.

All this and salaries which now outstrip their equivalents in the private sector.

Example two: in 2006, when Mark Scott was hired as ABC managing director, the 2005-06 annual report shows the salary to be about $430,000, including perks, ­although a rival contender for the job remembers the base salary ­offered at the time was more like $300,000.

Early in Scott’s reign, rumours were printed that he was in line for the BBC’s top job. Afraid of losing him, the board, then chaired by banker Maurice Newman, decided to give him a lavish pay rise of more than $200,000. They did this by ­reclassifying his position, making it one of the highest paid public service jobs in the country. The 2013-14 annual report shows Scott’s salary now to be $805,392. 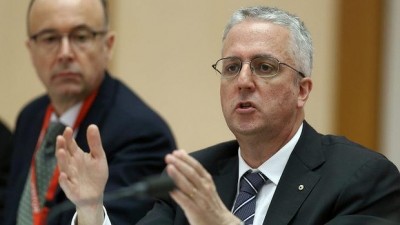 Whether there was any truth in the BBC rumour is unknown, but what is known is that Scott’s benefactor at his previous employer Fairfax Media, CEO Fred Hilmer, was on his way out of the ailing company. Scott had little journalism experience when he was elevated to be Fairfax editorial director, but Hilmer, a management theory academic, was impressed by his Masters in Public Administration from Harvard.

In other words, the ABC board’s largesse may not have been merited. But it is telling that a board appointed by John Howard chose and then richly rewarded a managing director who went on to fortify and expand the very worst ABC tendencies.

Halfway through a second five-year term, Scott has created a ­Sydney-centric empire which has entrenched the ABC’s leftist bias while shirking the regional responsibilities of its charter and ­expanding digital strategy deliberately to annihilate commercial competitors.

The only real instrument of control over the ABC available to any government is funding, and the feral reaction to the modest 5 per cent cut over five years proposed by Malcolm Turnbull shows the political dangers. Scott’s response has been to damage the government at its electoral base, by slashing at ­regional and rural services, disproportionately disadvantaging Coalition voters while beefing up digital spending.

This is tantamount to a declaration of war. The only answer for the government is to return fire, with a really significant funding cut to the ABC’s $1.1 billion budget. The furore could hardly be more than it is for the piddling cut ­already planned.

And part of the savings could be used to create a new regional-only independent public broadcaster, with a charter to provide the service Australians love and expect from ‘Our ABC’.

ABC journalists of similar skills will be pitted together to convince management that they should be spared from the cost cutting. 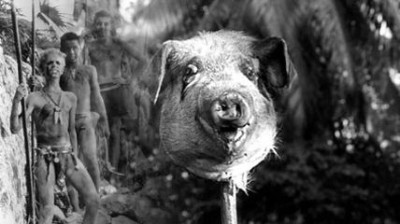