The current Royal Commission into Institutional Responses to Child Abuse is learning that Australian children have been sexually abused and groomed by a paedophile cult remotely located at Mangrove Mountain in the New South Wales Central Coast hinterland.

The inquiry is investigating allegations of child sexual abuse as well as the institutionalised systems, policies and procedures in place at an Indian yoga cult, Satyananda Yoga Ashram, a generation ago.

Set up with a front as a yoga retreat, the Satyananda Yoga Ashram cult leaders have a record of criminal convictions for paedophilia between 1974 and 1989.   Indian guru pedophile Swami Akhandananda Saraswati, founded his debauched cult in Bombay in the 1950s and them introduced it to Australia as a part of his global yoga movement con.

In India, the founder, Akhandananda Saraswati, called himself a “swami” (Hindu for religious guru) and proceeded to manipulate the lives of vulnerable girls and women in his care at will. 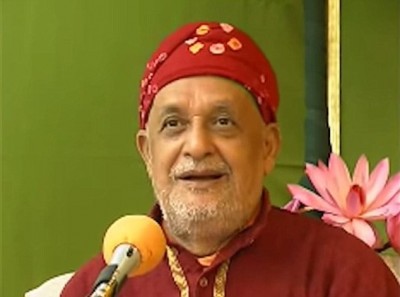 Akhandananda was charged, convicted and jailed in 1987 with more than 35 sex offences against four teenage girls.   Before he went to trial in 1980, there were changes to NSW laws and the charges were reduced to the much lesser offences of acts of indecency – when expensive lawyers argued the indecency charges were only laid to avoid the statute of limitations.

Akhandananda was jailed in 1989, and spent 14 months in prison until his convictions were overturned on appeal by the High Court in 1991. He was released from jail and died in 1997.

During his Indian hindu men dressed up in orange rags to look like gurus, calling themselves “swamis” arrived in Australia from India in the 1970s.  They set up a religious cult using yoga as a spiritual health lure to young people seeking alternative lifestyles.  they also took over guardianship of female teens. 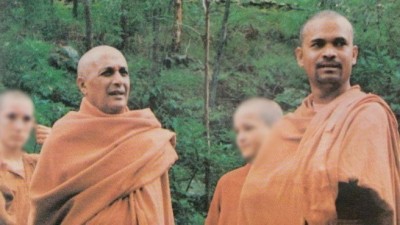 Ms Manning was just 14 years old when she first attended the retreat located in bushland at Mangrove Mountain in 1974 with a group of other children, some as young as five, who were separated from their parents there.

“We were children who were groomed to be used by those who had power,” she said.  “There were methods of making us feel we were special. Not only was there sexual abuse, we worked for nothing – our whole lives were controlled.”

So the followers became slaves to the swamis.

According to Ms Manning, spiritual teachings were used as a form of control.   The cult drew upon Hindu Tantra Yoga practices having religious and mind-control techniques.  Tantra yoga designs to make its followers withdraw from normal society and from social relationships  including from one’s own family.

“Surrender and obedience to the guru was the highest quality,” she said.  “Reincarnation – we’re connected by lives before and we’ll be connected. There’s no escape.  “Pleasing the guru – you can never be perfect, so you’re always failing.

“Family – you give up your family and this is your family. If you speak up you are disloyal, you are a traitor.”

Another victim of the Swami, Ms Alecia Buchanan, then a teenager has said “I felt that I’d been victimised all over again; I felt that I didn’t matter. To overturn any convictions against him, it just felt to me like I was being erased from the story.”

As many as nine victims are to testify over the next two week hearing which began in Sydney today.

The ashram on the central coast has changed its name to “Mangrove Yoga Ashram” but still follows the Satyananda cult ways. 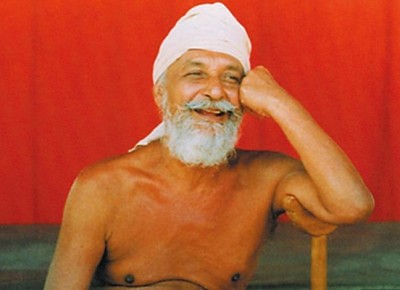 So if you are doing yoga or thinking of taking up yoga to stay healthy in body and spirit, avoid the dudes calling themselves “Swamis” (Hindu for “guru”) and wearing orange rags and using the lotus flower symbol. 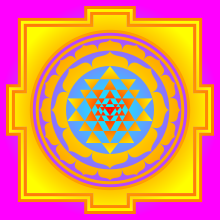 If the yoga centre is a “retreat” be very afraid.