Last weekend, illegals who have chartered $5000 boat passage to immigrate to Australia, held on Manus Island were rightly told by Australian Immigration that they were illegal and that their only option for resettlement was to live in Papua New Guinea.

So the criminals “became agitated and commenced chanting” then true to their criminality, they rioted against their target host nation. 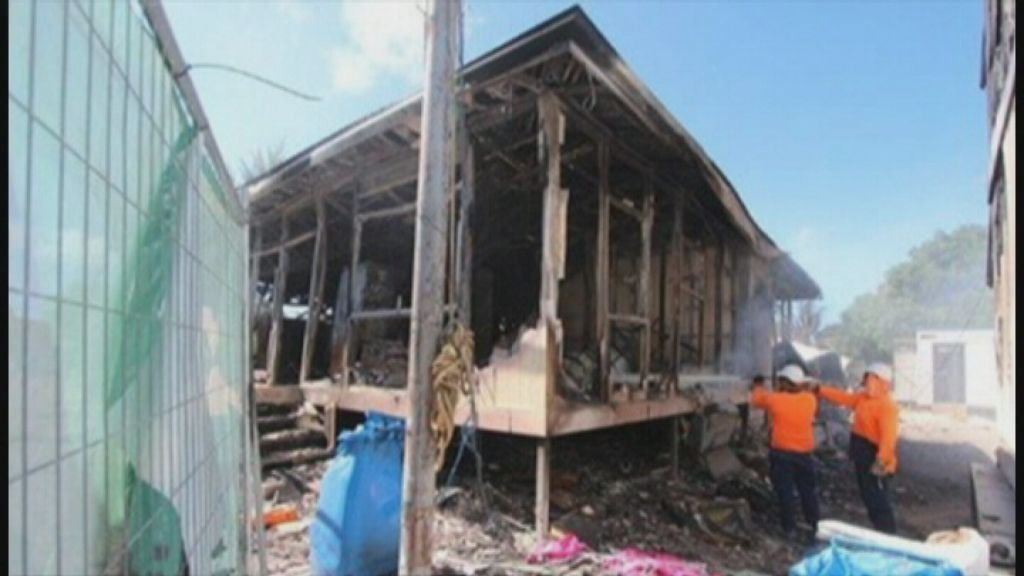 There was a violent breakout on Sunday night where 35 illegals escaped from the Manus Island detention centre through a fence, but then quickly recaptured.

Several internal fences were knocked down, safety-glass panels were smashed, tents were set fire to, bunk beds were “broken apart” and the pieces used as weapons and thrown.

Eight illegals have been arrested and 19 have been treated at the centre’s medical clinic, but Mr Morrison says none of the patients are “exhibiting life-threatening conditions”. Five remain in medical care.

Such violence and breakouts by illegals have previously occurred at Australian detention centres at Christmas Island, Darwin, Yongah Hill and Villawood.  This latest riot could have happened at Inverbrakie in the Adelaide Hills or Pontville, Tasmania.

In Sydney, they end up doing drive by shootings and gang raping.  Last weekend a 14-year-old girl was gang raped by six black africans in what police said was a random and “horrendous” attack as she walked home alone through Bill Colbourne Reserve in the Western Sydney ghetto suburb of Doonside.

When will Abbott start deducting criminal damage costs back to the nations of origin of these economic scum – Iran, Iraq, Lebanon, Sri Lanka, Afghanistan, Pakistan, Somalia?    What the Abbott Liberal government chooses to ignore, just like Labor, is that most illegals in Australia arrive not by boat but by air.  Most of these come from China, India, Pakistan, Egypt, Iran, Fiji, Nepal, Iraq, Malaysia and Indonesia, according to Australia’s Department of Immigration and Citizenship on Irregular Maritime Arrivals in 2012.

When will Abbott stop the rot of gifting Australian taxpayers wealth as foreign charity to thankless foreign nations and instead channel his million in cash to Australia’s needy like our drought-stricken farmers and our own Free Traded unemployed?