The Indonesian Institute has submitted to the Liberal Party government in Australia through its so-called ‘Productivity Commission’ to import Asian nannies to work for as little as $4 an hour.

The Indonesian slave ring claims that such a measure will solve Australia’s childcare crisis caused by the waves of immigrants breeding in Australia’s cities forcing up the price of childcare.

The Indonesian Institute wants nannies to be cleared to work in Australian homes for just $200 a week – twice as much as they earn at home. The nannies would live in, and would save families up to $70,000 per year in childcare costs.  The proposal is part of a Productivity Commission submission to the Australian Government that is looking at the future of childcare.  The Productivity Commission is headed up by Patrician Scott, a public career servant. 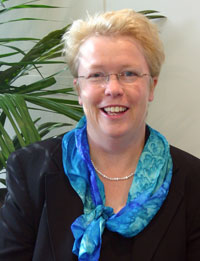 Decent Australian nannies charge between a pitiful $18 to $25 an hour and so struggle to survive Australia’s high cost of living.

But this Indonesian Institute submission says importing Asian nannies would mean “adequate childcare would be affordable to a much greater proportion of Australian families than is currently the case”.

“Childcare would need no or substantially fewer subsidies paid by government and would therefore be highly sustainable,” it states.

Under the proposal, the Australian host family would pay for the nannies’ insurance, accommodation and food and work clothing allowance. The nanny would work six days a week and would receive a return airfare home for two weeks a year. 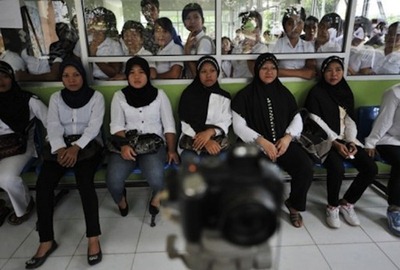 This proposed foreign scab labour scam has been criticised by United Voice, the union representing Australian childcare workers.  National secretary Louise Tarrant said all workers employed in Australia “should receive the same pay and working conditions that apply to the rest of the workforce in our country”.

“If this (Asian) proposal was to go ahead the potential for exploitation of these workers is huge.,” she said.  She said there was “no shortage of workers already in Australia who if paid appropriately would be more than willing to be early childhood educators.
“What families need and want is childcare that is high quality, stable, affordable and properly funded by the government,” Ms Tarrant said.

Cheap Third Worlders will only undermine the future of Australian nannies, but harm Australian children with backward thinking and dangerous cultures.

There are up to 100 million Third World domestic workers such as nannies, housekeepers, and caregivers, exploited worldwide facing a range of abuses, from long working hours with no days off to sexual harassment or violence from their employers. Many work for months without getting paid, or are not paid at all.

In 2011, the Indonesian Government acted to stop allowing its citizens to work as domestic servants in Saudi Arabia after the summary execution of an Indonesian maid.