They are no different ideologically.  Both the Australian Labor Party and the Liberal-National Party Coalition (LibLabs) have taken the same ideological position to vote against allowing Palestine ‘observer status‘ at the United Nations General Assembly.

Just one month after Australia won its long fought expensive global campaign to win a nation seat on the UN Security Council, with Bob Carr’s rhetoric of Australian being “a good global citizen” and “independent middle power”, Australia has failed its first credibility test.

But with deceitful, backstabbing, spinning, smearing puppet that has become Julia Gillard as a Prime Minister, what did everyone seriously expect?   She was never up to the task even as Education Minister.  Like Keneally, Gillard has always been a token populist female puppet installed by the Labor factions.  There was never going to be any vision thing.

Gillard, and KRudd before her, bought the seat with not just the direct disclosed $25 million campaign, but factor in  the billions in Australian foreign aid favours to African nations, which got Australia over the line, and the true extravagant cost of the UN Security Council seat would be more realistic.    Australia’s seat is temporary anyway, for just two years, and as a temporary member, Australia will have no veto power to block adoptions of UN Security Council resolutions.

The true power of the United Nations Security Council resides entirely with the five permanent members – China, France, Russia, the UK and the United States.  With the exception of China, the other four were responsible for creating the state of Israel and dismantling the state of Palestine.

Australia’s Foreign Minister Bob Carr celebrated Australia’s win of a two year temporary seat as “a big, juicy, decisive win” with much backslapping in front of the world’s media.  But the win was not secured as KRudd would have us believe due to the professionalism of the diplomatic service.  It was secured by Australian multi-million dollar bribes of key African and Caribbean nations with which confidential deals have been secured.  The win was also secured by Israel’s very public backing Australia’s bid.

A more wary Coalition commented on the win coming at a cost of “some dislocation of ordinary diplomatic processes”.

Meanwhile, one of the five permanent member states, China, has warned that it expects Australia not to always vote with the United States on the Council and has called on Australia to take an “unbiased attitude” and to show “independence” in foreign policy.

But Gillard, just back from her more comfortable role as defacto foreign minister is now quite chummy with US President Obama, and has personally sided with the US and Israel to vote against upgrading the status of the Palestinian Territories at the UN this week. 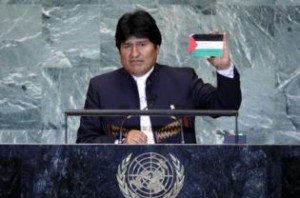 And the Liberal Coalition supports the Gillard rejection of Palestine.  The LibLabs are still all the way with the USA and will sit back and let the oppressive and racist Jewish Nazis continue to persecute Palestinians, bulldoze their homes and to deny them nationhood and self-determination – which they happily had before Israel supplanted Palestine.

Gillard and the Coalition are happy to perpetuate the displacement and oppression of the Palestinian people by the Jews.   In 1947, the UN member nations that supported the UN installation of Israel and displacement of Palestine included the United States, Soviet Union (now Russia), Britain, France and Australia.  These nations are currently on the UN Security Council and still sixty years later are happy to deny the Palestinians their human rights and their national identity. 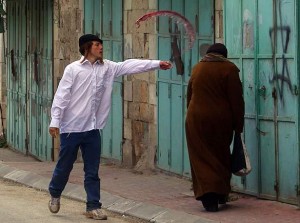 “People crushed by law, have no hopes but from power. If laws are their enemies, they will be enemies to laws; and those who have much to hope and nothing to lose, will always be dangerous.”   (Edmund Burke)

Gillard’s anti Palestinian sentiment runs counter to most of the European Union nations’ support to include Palestine.  Gillard is not exactly living up to the rhetoric of Australia being an “independent” middle power, but moreover a US puppet state – true to Gillard puppetry form.

But while the Gillard garnered support from just two of her hard right factional Labor mates Bill Shorten and Stephen Conroy, practically the rest of Labor Cabinet and the Labor Caucus were so opposed that she was about to be rolled just like KRudd.   Pity.

Past Labor Foreign Minister Gareth Evans is right observing that the Gillard decision “would be the worst foreign affairs decision Australia had taken in 10 years if it voted no”.

So Gillard backed down and Labor has decided to timidly abstain on the vote.

The only decent public support in the Australian Parliament for Palestine seems to have come from Malcolm Turnbull who has observed: 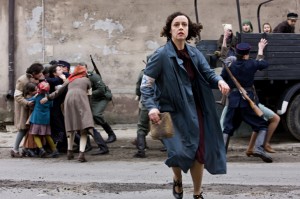