Australia’s Green Labor Government has admitted that all of its detention centres set up to process illegal boat arrivals are full.   It’s offshore detention strategy on the Pacific islands of Nauru and Manus Island, which it reluctantly re-opened, has failed dismally.

Since Labor came to power in 2007, over 30,000 asylum seekers have arrived on Australia’s shores aboard more than 500 chartered fishing boats.

But three times that number arrive by plane year on year into mainly Sydney, Melbourne and Brisbane.  The difference is that most plane arrivals have a valid visa to get through Customs, then they apply for asylum.  This lot are in fact economic migrants illegitimately using the Refugee Convention.

Most boat illegals (Irregular Maritime Arrivals) come from Afghanistan, Iran, and Iraq via intermediate countries, typically Indonesia.  If they were genuine refugees they would remain in the first country of arrival.  Sri Lankan arrivals by boat enter Australian waters directly, since Australia’s Cocos Island is quite close to Sri Lanka – a week’s motoring on typically flat seas.  In 2010-11, most plane illegals centering Australia came from China, India, Pakistan, Egypt and Iran.

But most are economic migrants who have heard about the good life in Australia and so selectively pay full airfares or boat charter fares to arrive in Australia to live and work.  Such economic migrants do not meet the definition of ‘refugee’ or ‘asylum seeker’ under the Refugee Convention.  The Chinese and Indians represent the most numerous offenders. They come here for Australia’s economic good life.

The 1951 Refugee Convention was specifically set up after World War II, over half a century ago to accommodate Europeans fleeing persecution and violence.  In Australia’s case, most of the arrivals claiming to be refugees are not doing so in good faith.  They are abusing the good will of Australia being a signatory to the convention.  Many arrivals deliberately destroy their identity papers.  Many arrivals pay people smugglers large sums to travel.  They bypass other countries and selectively target Australia as a destination, not for asylum, but for the economic good life.

Call to Modify Australia’s Adoption of the Refugee Convention

What is clearly a problem with Australia trying to meet its obligations under the Refugee Convention:

So decisive action needs to be taken at a national level to address what has become a serious, costly, socially devisive and nation-wide problem.

Redefining categories of arrivals is necessary to prevent economic migrants falsely claiming asylum status and who then deny genuine asylum seekers access to Australia for sanctuary.

An ‘illegal‘ is a foreigner who arrives in a country without a required valid visa.  This is a presumptive categorisation, pending Immigration reclassification according to case-by-case merit.

An ‘asylum seeker‘ is an illegal who has been identified and assesssed as fleeing persecution or violence in their country of origin, who is not an economic migrant.

Asylum is presumed to be temporary so long as the threat of persecution or violence exists.  If that threat is removed, then asylum expires and automatic repatriation is mandatory.  Such repatriation has been quite successful in Australia with returning Bosnians and South Somalis after the end of their respective civil wars.

In stark contrast, economic migration is presumed to be permanent, and so requires a high standard of acceptance and assimilation.

Arrival in a destination country via intermediate countries is a migration choice, not asylum and as such the illegal is deemed to be an economic migrant, not an asylum seeker.

With first the Rudd Labor Government then the toppling Gillard Labor Government both naively abandoning deterrents to illegal arrivals, and the Greens advertising Australia as a willing recipient to anyone who wishes to come, the hoards have certainly responded.

Now with detention centres all full, thousands of economic migrants arriving illegally are to be released automatically into the Australian community.  The Green Labor Government is now granting them bridging visas, handing out welfare payments of around $440 a fortnight.

These illegals don’t have to work.

These illegals don’t have to make any contribution to the community.

These illegals are bludging off Australian taxpayers.

They are Economic Leeches. 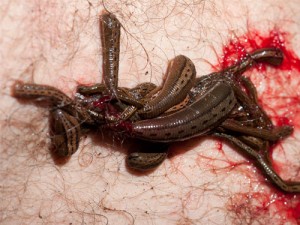 Australia’s border protection has been scrapped by the current OneWorldist mob in Canberra.  Green Labor values foreigners over Australians.  It has set up an open slather invitation to attract the world’s poor to Australia, and it will only burden Australian taxpayers more and ultimately dumb down Australia’s generations of hard fought living standards as these hoards overrun our communities.

And 99% of these illegals seeking cheap work settle amongst their ethnic groups in the suburbs of Sydney and Melbourne, packing into available accommodation, jacking up rents, overloading our hospitals and schools.

Just like the funnelweb spiders have come out with the torrential spring rains, Sydneysiders are warned that illegals are prowling the streets, hungry and on the hunt for your job and your way of life. 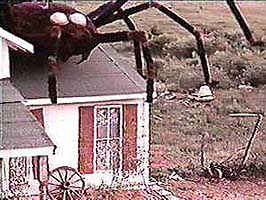 (Note:  Nowhere above is the term ‘people smuggler’ discussed.  This is a side issue and LibLab distraction tactic).
Tags: illegals Refugee Convention abuse Modify Australia's Adoption of the Refugee Convention Economic Leech Invasion