The future of Australia under the Trans Pacific Partnership and the China Australia Free Trade Agreement is graphically illustrated by the crisis in Whyalla.

An entire Australian city may be wiped out simply due to ideological free trade dumping policies of Canberra. The closing of the steel works would literally kill the city.  Labor’s arrogant and juvenile, Craig Emerson heralded it.

The Australia First Party would suggest that the ultimate solutions are:

Such solutions are cheaper than placing thousands on Centrelink dole, dislocating families and managing a dead city otherwise resorting to despair and increasing addiction.

Of course, the current establishment elite in Australia would see that as ‘protectionism‘ – a great sin to a globalist.

In the short-term, the entire population of Whyalla must struggle to grip the Australian public imagination. They must do so outside of any ‘established’ institution – like parliament or the unions. By all means any friendly person must be taken into account – but none can be absolutely trusted. 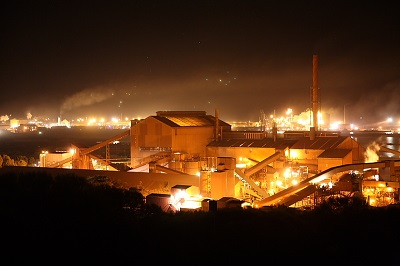 Meanwhile in merchant banking Sydney, the Liberal Party’s Smiling Mike Baird is just back from a zionist-mafiosi funded indulgence to Jerusalem money.

Baird signed off on importing some 6,500 tonnes of railway steel direct from Spain to Newcastle in 20 metre lengths by container ship, so propping up Spaniards on the other side of the planet and to condemn Whyalla to manufacturing oblivion.

If our own governments won’t buy Aussie steel with Aussie taxpayers dollars, what hope does our local industry have.  It’s not as if Baird had to use his own money.  Aussies are proudly behind supporting Aussies, but then Baird is just back from skull-capping at the Jews Wailing Wall, funded by us taxpayers.

No wonder iron ore miners Arrium and Mt Gibson are making losses and in massive debt, when they can’t even sell Australia to build Australian infrastructure.  It is mainly due to Free Trade forcing Australian manufacturing decent wages to compete on a level playing field with Third World $2 an hour slave wages, and Canberra turning a blind eye to years of massive Chinese oversupply and dumping of cheap steel on the Australian market.

Whyalla-based Arrium steelworks in South Australia, formerly known as OneSteel, posted a $235.8 million after-tax loss for the half-year to December 31.

The company is in the process of shedding hundreds of jobs in an effort to cut costs to chase falling iron ore prices.

Even $100 million in cost reductions in October and the axing of several hundred jobs, Arrium said a further $60 million worth of savings are needed just to hit breakeven at current steel prices.

The lost steel fabrication work has been going to two-bit Third World manufacturers for decades under Labor and Liberal governments.

Australia is the largest iron ore producer in the world and yet cannot make its own (structural) steel.

It’s too late — the damage has been done. 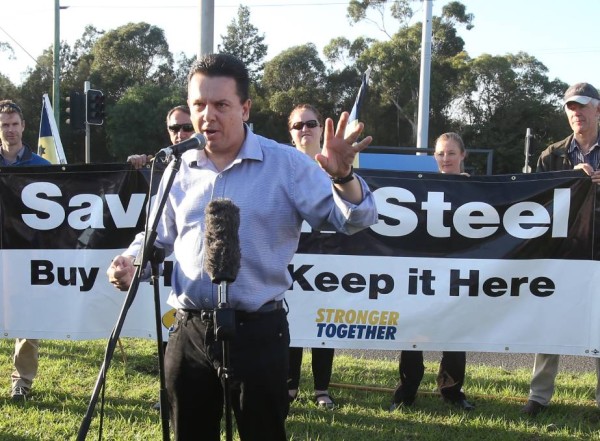 Keep voting Labor and Liberal and you suicide Australia.

Craig Emerson, the Eminent Canberra Clown, up there with Geelong’s loser Darryn Lyons…