Today is the 150th anniversary of the birth of Australia’s national prophet, Henry Lawson. 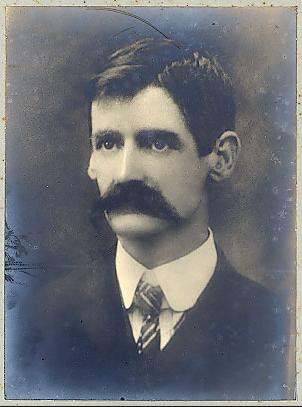 Local people in the old gold town of Grenfell will honour him today and other groups of Australians in many locales will hold quiet commemorations.

Australian nationalists revere Lawson as the man who articulated Australianity in Australia’s cultural springtime. He wrote for a new people that was (to use the phrase of yet another great Australian, William Lane) “creeping to the edge of being”. He wrote for a people who differentiated itself from its building blocks of the colonial period. He did not write for the English, or the Irish, for the Germans or the French, for the Danes or for any other of the European colonists who had made Australia home. He talked instead of a Nation, a “Southern Nation”, that could come to outshine the old fatherlands and motherlands and even empires whence its colonists had come.

Henry Lawson’s work was vast and its implications considerable. It was a case of a new people establishing itself, taking freedom of its Motherland, taking its place in the comity of Nations as the guardian of European Civilisation in its area. It would defend that principle even if some people were likely to still feel safe and secure – when they were not. It was further, that this people was to be self-governing and able to enjoy the fruits of its labour and not endure the stench of class rule by those who possessed the wealth, those who would “make a hell of a paradise that belongs to me and you.” The “Faces In The Street” (to use the title of one of his famed poems, would make a “revolution”.

When he died in 1922, Lawson was celebrated at a massive funeral in Sydney and his bones still lie at Waverley Cemetery by the sea. He was never forgotten, even if his true cause languished.

We can say that Henry Lawson has lived in the literature of the new nationalist movement when it was first formed in the 1970’s and he lives in it now. He is a patron saint of Australianity.

But Henry was a rebel and to ensure the new Australia of which he dreamed, this independence and freedom would have to be taken. These things would be taken on “Australia’s darkest yet grandest day” against powers coming to dispossess the Nation. Yes, but there was also the internal question of the traitors within.

He left us this call to arms.

“So we must fly a rebel flag,
As others did before us,
And we must sing a rebel song
And join in rebel chorus.
We’ll make the tyrants feel the sting
O’ those that they would throttle;
They needn’t say the fault is ours,
If blood should stain the wattle.”

Excitement is beginning to build around town in anticipation for the special diamond anniversary of the annual Henry Lawson Festival of Arts.
The 2017 festival not only represents 60 consecutive years of celebrating Grenfell’s favourite son, Henry Lawson, but it also celebrates Henry’s 150th birthday. 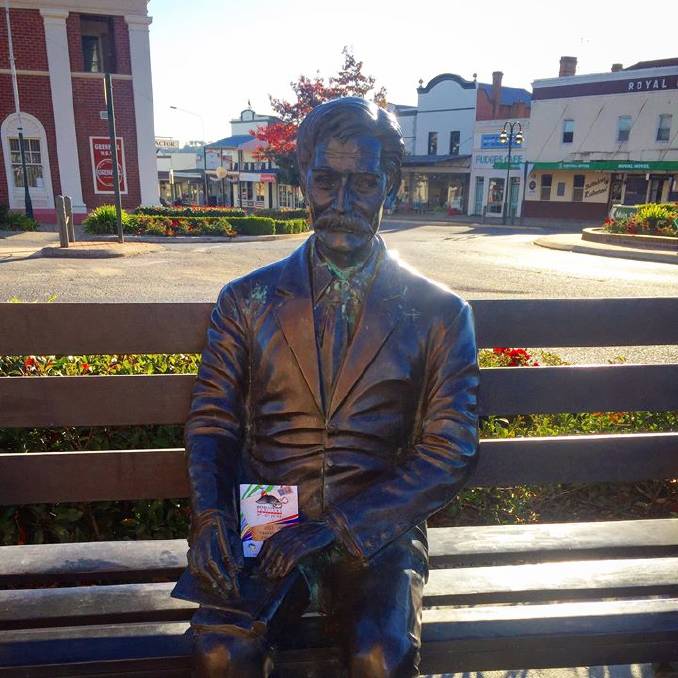 The festival will officially kick off on Thursday June 8 with the Dramatic Society’s School Play Day to be held at The Henry Lawson High School Hall from 9.30am, members of the public are invited to attend, and later in the evening the official opening of the Art and Porcelain exhibitions will be held at the Community Hub in Main Street from 7pm.

Events and attractions will continue over the weekend culminating on Saturday with the ever popular street procession commencing at 1.30pm. There is a jam packed program full of fun, family friendly attractions that are on offer at this years festival including the Woodchop beginning at 2.30pm at the bottom of Main Street, the official photography exhibition from 9am-4pm at the Grenfell Court House, Cobb & Co coach rides, Milo the Clown, Gumboot Toss commencing at 12pm at Lachlan Fertilizers, Torsion Dancers, Historical Society Museum open, Chrysler Car Museum open, Blade Shearing and much, much more.

The theme for this years festival is ‘Happy Birthday’ with many businesses, club’s and organisations preparing and building procession floats for this year’s special occasion.

For more information visit the website or check out the Facebook page ‘The Grenfell Henry Lawson Festival of Arts.’