Gillard’s AWU ‘slush fund’ has made Juliar an AFP person of interest, with a file a foot thick.

In September 2013,  Victorian Police Fraud Squad detectives seized Julia Gillard’s confidential personnel files, invoices, travel records and all documents relating to legal advice she gave 20 years ago to help set up a union fund for her then boyfriend, Bruce Wilson.

Wilson was the former Australian Workers Union secretary who was dating Ms Gillard while she was his lawyer at Slater & Gordon in the 1990s.

Gillard provided legal advice to the AWU and Mr Wilson while working as a salaried partner at Slater & Gordon.  She left the firm after her colleagues learnt of her role in providing legal advice to help set up the AWU Workplace Reform Association, which was later allegedly used by Mr Wilson to siphon hundreds of thousands of dollars and purchase a terrace house in the inner Melbourne suburb of Fitzroy. 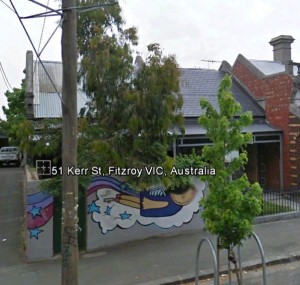 Money was withdrawn from the fund to purchase the house in Mr Blewitt’s name at a 1993 auction, which Ms Gillard attended with Mr Wilson, who subsequently lived in the property.  Slater & Gordon handled the conveyancing and helped provide finance.

Gillard is in AFP’s file but through her taxpayer funded solicitor swears she has done nothing wrong.

Yet despite talking too much she remains a person of interest, despite photos, lists of the attendees at political meetings, even minutes of those meetings taken by AFP detectives.

Ms Gillard, in a 1995 secret exit interview at the firm, described the association as a “slush fund” for the re-election of union officials but said she had no knowledge of the fund’s operations.