It’s one reason why the Third World country is called ‘Turkey’. Ethnic drivers are renowned for depressing the accelerator instead of the brake, so why should piloting be any different for them? 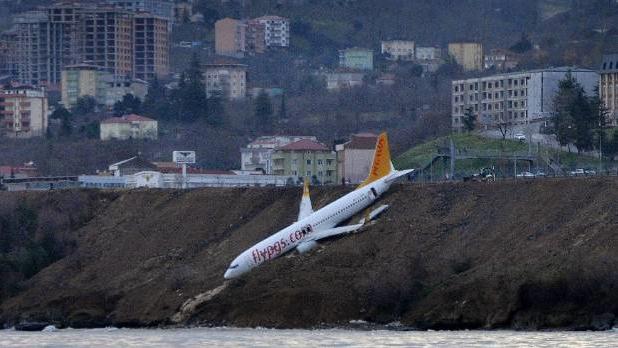 This 20-year-old Boeing 737-800 is operated and neglected by Turkey’s notorious low-cost airline Pegasus Airlines – some flying horse for the 168 passengers.  It’s a multi hand-me-down bucket of bolts that’s done more than 64,000 flying hours.

“It’s a miracle we escaped. We could have burned, exploded, flown into the sea,” Gordu said. “Thank God for this. I feel like I’m going crazy when I think about it.”

And why the hell are people still risking it with third world Malaysian Airlines?  A death wish?

Last Friday (January 19 2018) Malaysia Airlines flight MH122 from Sydney to Kuala Lumpur when during dinner time at 30,000 feet over the Great Sandy Desert near Broome, the plane began “very violent shaking” and the left engine screamed like it was running on three cylinders before a loud bang and it imploded.

Passenger Peter Brooks said the captain told everyone to “brace for impact!”  The cabin crew prepared to crash and when asked by passengers what was happening they replied, “we don’t know”.  Some passengers were praying and people had tears in their eyes.   Others described the experience as “hell” and that was just the food as it went everywhere.

“The flight crew also seemed clueless about what was going on and there was no announcement from the captain, so it made the situation even more tense and confusing and everyone looked very scared.”

The pilot decided to skip Broome and turn 1400km (4 hour flight) back to Alice Springs to make an emergency landing (spare engine waiting in hangar) The 224 passengers were put up in outback accommodation awaiting the replacement engine. 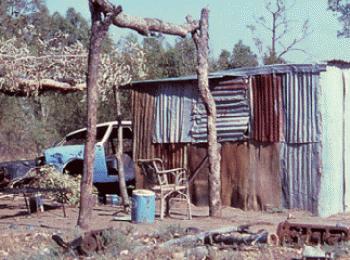 Malaysia Airlines has said it “deeply regrets the distress experienced by passengers (again)”.  Passenger, Chin Kanani, told media in The Alice that his wife..

“was on the loo when she started hearing loud banging noises from the right-hand side of the plane and that’s when all it started.”It was like hell this flight and they were told to be ready for an emergency landing.”

The shithole airline has a dodgy history with flight MH17 from Amsterdam to Kuala Lumpur (to save fuel) shot down in July 2014 shortcutting over war-torn Ukraine, killing all 298 people on board.  And in March the same year, MH370 was en route from Kuala Lumpur to Beijing when the pilot suicided somewhere with 239 people on board.  Pilot Zaharie Ahmad Shah (below) had practised a simulated flight deep into the remote southern Indian Ocean less than a month before the plane vanished under similar circumstances. 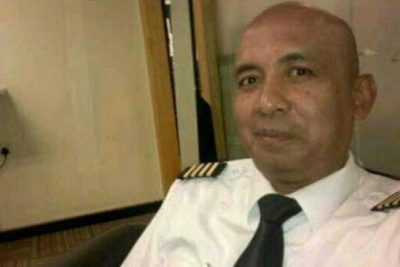 There’s good reason to be scared on low-cost AirAsia.  In December 2014, AirAsia flight 8501 from Indonesia to Singapore crashed into the Java Sea after flying the Airbus A320 with a known broken rudder for a year – 162 people died. 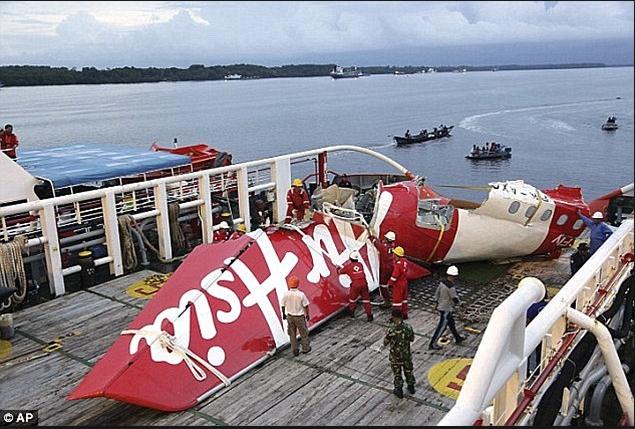 Even a brand new Boeing 737-800, but operated by shithole Indonesian budget carrier Lion Air on April 13, 2013 while attempting to land in the rain at Denpasar, overshot the runway and slammed into the sea.  While all 108 people on board the plane survived, it was the seventh accident for the airline since 2002. 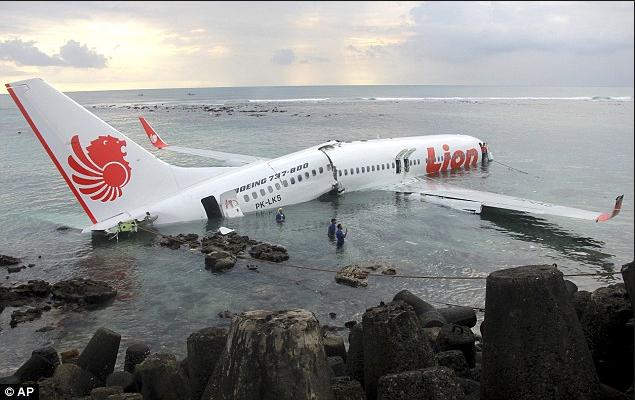 Shithole country Costa Rica had another low-cost charter aircraft operator grounded last week after a charter flight on New Year’s Eve using a single-engine Cessna 208B Caravan crashed into the side of a mountain at Punta Islita killing all 12 on board.  As if calling planes ‘buses’ isn’t degrading enough – think ‘airbus’.  But this one was called a ‘caravan’.   Single engine planes like this one are cheaper than twins which burn double the fuel.

December 5, 2017 (a month ago), Lion Air shitholer pilot identified only as ‘Mahesa’ (below) was caught in his hotel room in Kupang (Indonesia) using crystal methamphetamine and with a bong and its glass pipe, two gas lighters and four plastic straws. His urine test was positive to crystal meth. 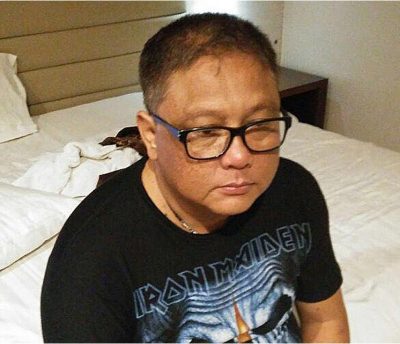 On Saturday, 30 December 2017, a Malaysian pilot was arrested for cystal meth use in Batam, Indonesia.  The authorities found 1.9 grams of crystal meth, a meth bong, and aluminium foil in the man’s luggage.  He was scheduled to fly from Batam to Subang the next day.

The low-cost airline industry is as immature as the shitholder countries that operate them are backward.  Indonesia and Malaysia lead the low-cost frenzy in airline passenger growth numbers, as they aggressively slashed fares to the price of bus tickets.

AirAsia has only had 15 years to figure out how to run an airline.  It couldn’t run a bus fleet.  It’s fleet grew from two planes in 2001, to 150 planes in 2015 with 475 more planes on order from Airbus, but clearly low-cost carrier safety standards can’t keep up with this rapid growth. 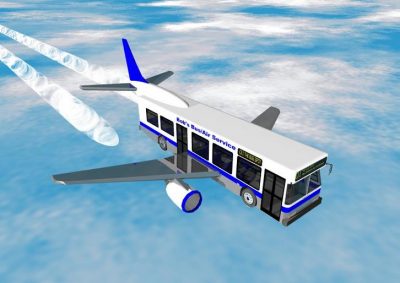 A former investigator at Indonesia’s National Transportation Safety Committee, Hanna Simatupang, says “Safety first principles are not yet upheld in this country because aviation still sees profit as the priority.”

So they fly through war zones and thunderstorms if it means saving fuel.  Every minute cost fuel and money see.

‘Even if some parts of plane no working, ok to take off – called Minimum Equipment List

Airbus is fueling this low-cost frenzy so more third worlders can fly.   It’s launching its new A380-plus that will only need servicing every six years. And it’s bringing out even larger and larger capacity aircraft that look more like whales than planes. 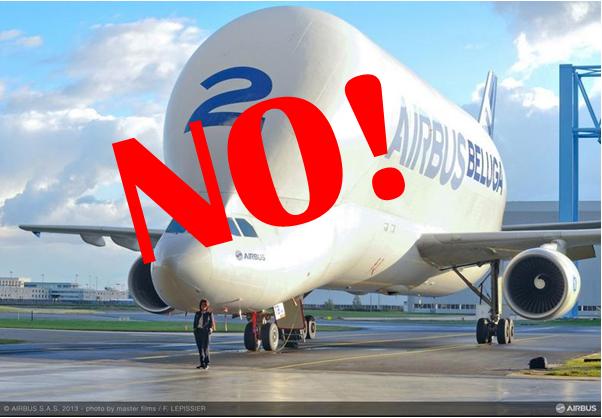 Shitholer pilots getting behind the controls of one of these babies will be able to massacre 1000 passengers in one hit!

And 2017 was declared the safest year for air travel.  But that ignores shitholer military crashes, like shithole Burma’s Y-8 military transporter plane, which crashed in June killing all 122 people on board.  And incidents involving smaller planes also don’t figure in the dodgy stats.  It’s a bit like all the exclusions of official unemployment figures.  If you work one hour a week you are not counted in the government’s unemployed stats, so that the government’s economic performance looks good.