In Sydney, Leftist Labor opposition leader Luke Foley, well mindful of Labor’s snowballing Muslim Vote, has come out rejecting any calls to detain teen jihadi suspects any longer than teen graffiti misdemeanors.  Foley wants jihadi teens to have immunity on the basis they are teens.

Sheltered Catholic Sydney eastern suburbs Foley has never been to the Middle East, so relies on select media advisers.

And this is how Islamic teens see and treat their halal mothers. 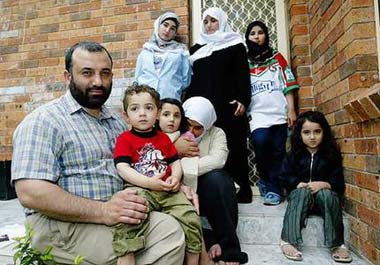 Female breeders up the back behind the males

‘Islamic Radicalisation’ is a bigger con than ‘Global Warming’, and the Lefties are spruiking both.

Foley:  “We don’t want to give the violent extremists the ability to say to Muslim kids that you can be locked up for a month just because you’re Muslim,” he said. 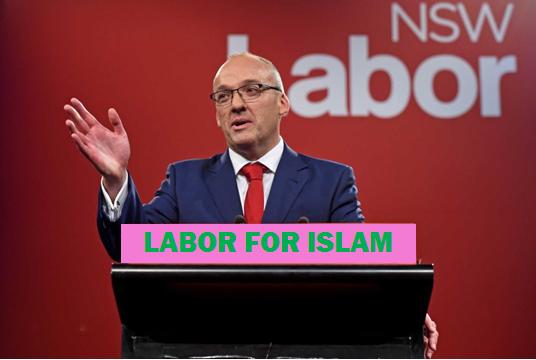 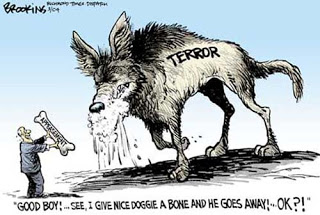 Well, seriously in the view of Australia First, Australia needs to protect our citizens first.  Australia must outlaw anti-Australian cults like Islam and with it deport all Muslims back to where they cometh.  Traditional Australians have long presumed Canberra will “Respect Australia’s Identity”.

Australia First needs to move into Canberra to be sure.

Meanwhile in Sydney, Labor’s lost Luke Foley has tacitly winced the funding of ‘more police on the beat’.  Frankly Luke, less imported Muslims in the enclave would be a cheaper option and more favoured by our police.

Rudd let the Islamics into Australia and then he let them have their hand guns. Now Australia’s security agencies have issued warnings about the availability of both legal and illegal firearms and the potential for radicals to use guns in terror attacks.

Police in Sydney and Melbourne cannot even beat the street, Luke Foley, in uniform without wearing armour protection.  It is just like the West Bank.

Since September 2014, 11 police officers and employees have been attacked by Islamic fundamentalists in Sydney, Melbourne, New York and urban France.

Security agencies fear that guns, which can cause mass and fatal casualties and require minimal training, could become the weapon of choice for Islamic radicals in western countries, including Australia.

Sydney and Melbourne, where Islamics have secured a muslim foothold on the local population, have been identified by security agencies as the most at risk of a terrorist attack due to the higher numbers of Islamic extremists previously identified by intelligence agencies.

The alleged Anzac Day terror plot in Melbourne earlier this year was aimed at police targets.

Senior police are also worried about the lack of warning for lone-wolf attacks being co-ordinated by a network of Islamic social media before during and after. Islamic State propaganda magazine Dabiq, assisted by the work of keyboard terrorists including Melbourne convert Neil Prakash, have called on supporters in the West to carry-out lone-wolf attacks. UK police were told in June to cover up their uniforms travelling to and from work to protect them against terror attacks. In 2013, British Army soldier Lee Rigby, 25, was attacked and killed by Muslim extremists near the Royal Artillery Barracks in Woolwich.

Islamics now are moving north to Brisbane and its new multicultural (Arab) schools.