When Billy Shorten was the state and national ­secretary of the Australian Workers’ Union, he cottoned on to the idea that increasing union membership would make him look successful and so give him cred to advance his political career within the Australian Labor Party.

And so cleaning workers with Cleanevent were signed up only to be dudded out of millions of ­dollars in penalty payments in a deal signed with Labor leader Bill Shorten’s Australian Workers’ Union.

Cleaning company Cleanevent’s boss Julianne Page told The Royal Commission into trade union corruption this week that she signed off on a secret sweetheart deal with the union in 2010 that cut cleaners penalty rates and saved the company $1.5 million.  In return for extending the 2006 Enterprise Bargaining Agreement, Ms Page also agreed to pay the union $25,000 a year for three years in membership fees.

The “donation” was boosted to $25,000 and written up in a secret side deal to the extension of the EBA because both the company and the union thought “it might look bad”.

The Cleaners working in low-paid jobs were not told of an agreement between a union and their employer that inflated the union’s membership numbers but cut their wages, the trade unions royal commission has heard.  Under the EBA, Cleanevent’s level one casual cleaners were paid $18.14 an hour rather than the $50.17 an hour they were entitled to under the 2010 award — a 176 per cent pay cut. 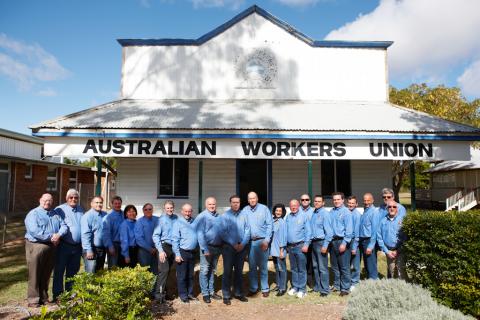 Only in it for themselves

Ms Page said she did not have any “scruples” about the deal at the time but only “in hindsight” did she realise it was being done in return for lists of employees being given to the union to boost its membership.

Earlier this year, The Royal Commission obtained damning from former Cleanevent senior executive Steve Hunter revealing that under a 1998 EBA, Cleanevent staff were automatically signed up as AWU members on employment to artificially bolstered union membership.

The EBA saw a reduction of employee conditions signed by Mr Shorten’s AWU Victoria and Cleanevent.  The 5000-odd workers have lost out on millions in pay and entitlements.  Between 1998 and 2004 the deal saved Cleanevent more than $60m, when adjusting the annual wages bills for the savings arising from the EBA.

In 2005, Shorten announced that he would seek selection as the Labor candidate for the Melbourne working class seat of Maribyrnong.