Another week, another industrial plant closure in first world Australia, as no decent business can hope to compete with two-bit third world wages.

Last week it was Rosella Foods’ parent company announcing receivership through lack of profit.  Today, one of Australia’s largest construction materials manufacturers, Boral, has announced axing 90 jobs at its cement plant at Waurn Ponds near Geelong in Victoria.

Boral ‘s PR justification for the sackings is the high Australian dollar and low demand.  But that means the sackings are tied to Boral’s export markets, since foreign currency exchange rates have nought to do with domestic markets.  Boral exports will be competing with third world foreign competitors who can ship and dump their cement below Australian legal production cost.  It’s called ‘Free Trade’.  Free Trade was sold as a level playing field.  But with third world two-bit wages, the trade is systemically unfair and unviable.

Free Trade doesn’t factor in Australia’s high costs of safety, training, and best practice workplace conditions. It allows third world sweatshops to compete on a mythological ‘level playing field‘ with Australians.  It is all about wealth shifting from Australia to the third world and the only beneficiary is multinational profit and the corporate aristocrats.

Boral has simply raised the white flag after trying to pointlessly compete in exports under Free Trade conditions.   Conversely, when cheap imports are being dumped from third world countries into Australian markets below Australian legal production cost, no decent Australian producer has a hope of competing.

So Boral management has bitten the uncompetitive bullet and suspended local manufacturing of cement ingredient ‘clinker’, in favour of importing from the cheap third world.

If you can’t beat ’em, join ’em.  Such is the forced dumbing down of insidious ‘Free Trade’.

It translates to Fully Imported Unemployment.

What can the Unions do?  Nothing but offer moral support and do a round for gold coin donations for the redundant 90, just three weeks out from Christmas.  Nice timing Boral management.  Where’s the Boral office Christmas party this year?  Vietnam? 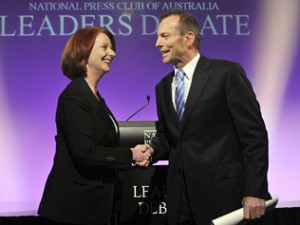 Australian workers save your pennies, because your jobs are steadily being ‘off-shored‘.