Typical bloody government.  You serve your country, somehow manage to survive if you’re lucky, but for the rest of your civilian life the government of the country you defended, won’t even give you the friggen time of day. 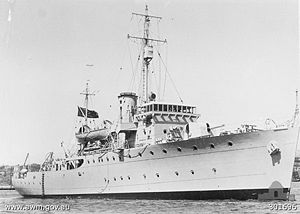 After World War II ended, while on active service undertaking mine sweeping, on September 13, 1947 HMAS Warnambool struck a mine near Cockburn Reef inside the Great Barrier Reef off northern Queensland and quickly sank, killing four RAN sailors.

A serving seaman aboard harbour defence motor launch HDML 1326, Seaman Reg Patterson, working alongside HMAS Warrnambool, has long retired.  But as with vets, you never forget your mates and you stand by them to the end, unconditionally.

For years Mr Patterson has been troubled by the deaths of these serving seamen he knew  and the fact that they have been ignored by the Australian War Memorial.  He rightly considers a grave injustice has been imposed upon them.

Reg has personally battled against the Australian Government for these four men to posthumously receive their proper military service recognition – no skin off the government’s coffers! 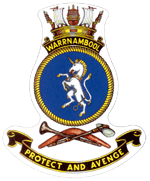 Reg has personally built up all the necessary official records, but says the Australian Government continues to denied these Navy sailors their due service honour.

The Australian War Memorial, which is just a bureaucratic department within the Australian Government’s Department of Veterans’ Affairs, has denied these four sailors inclusion in its ‘Roll of Honour‘. The incumbent director is the Liberal Party’s Dr Brendan Nelson – remember him?

Reg says: ”Right up to the Governor-General, I haven’t had one straight answer to any of my questions.” 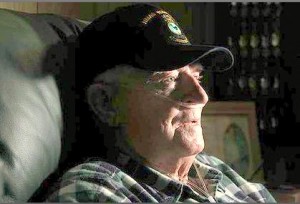 Four Navy seamen died serving their country and this is all the bleed’in thanks the Australian Government gives them.  The sailors’ names have instead been included in the Book of Remembrance, which lists servicemen killed in peacetime. Their names are included on a plaque in the War Memorial’s sculpture garden.

Mr Patterson said inclusion in the Book of Remembrance downgraded the men to second-class casualties and he does not like the way the book is hidden away by the War Memorial.

”It’s a locked book, in a closed case, in a secluded alcove, with an attendant required to open it,” he said. ”They rightfully belong on the Roll of Honour.  ‘I know what they went through,” he said. ”We were cleaning up the dregs of the war. Why should they miss out?”

LibLab Minister for Veterans’ Affairs, Alan Griffin, wrote to Mr Patterson, saying it was not appropriate for politicians to intervene in the War Memorial.

What a mealy-mouthed cop out!  Griffin’s ‘not appropriate’ dismissiveness is pompous, unacceptable and dishonourable treatment of Australia’s serving personnel. These men like tens of thousands before them have sacrificed their lives in active duty for Australia.

Griffin is a toad. Griffin has gone like all flash-in-the-pan politicians.  So what sayeth the current incumbent, Warren Snowdon?  Same obscene dismissive crap?  It is disgusting the stories coming out about scabby government treatment dished out to Australia’s finest.

Our veterans in any time period deserve not only proper honourary recognition of their military service dedication, but thereafter generous Government recompense throughout the rest of their lives.  Veterans had no say in arbitrary war cut off dates.  They served their country and obeyed orders.  We owe them their unconditional service to fight Australia’s enemies and for putting their lives on the line to defend our way of life.

Instead we see the charitable goodwill of Legacy and the Returned and Services League of Australia performing the job that dishonourable governments owe our nation’s serving men and women and their dependents.  It is a scandal.