Jeff Sparrow – brother to the primary ‘Andy Slackbastard’, Rob Sparrow – has come out tweeting in the columns of the liberal-globalist Guardian paper on the matter of the Eureka Flag building-site-ban.

A display ban imposed by the bosses against the grub CFMEU leadership – the same leadership who also sought to stop Australia First Party from employing the Eureka Flag as part of its electoral logo! If there is a free speech matter, the CFMEU leadership failed the test. The CFMEU clearly does not want nationalists to fly the Flag.

Further, the CFMEU leadership is well aware that one its supporters threatened the lives of two members of our party, but has refused to take any action against the named person even for misusing CFMEU colours.

And why should they act? The CFMEU is used by the globalist Labor Party as a stooge front. Workers are to be conned that the CFMEU leadership clique stands up for workers and ‘fights the bosses’ when in fact it surrenders to the essence of bossdom philosophy – globalisation. It endorses the free trade model and while ‘critical’ of contract labour, it backs immigration and multiculturalism, core ideals of globalisation. It donates money to the Labor Party siphoned from union dues. 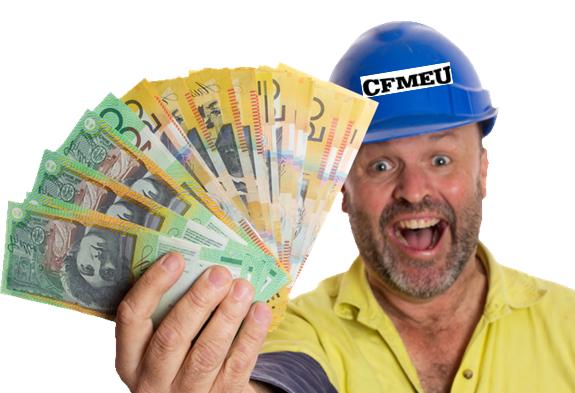 Now, Jeff Sparrow is a follower of Trotskyism, an extreme-left movement that is globalist on all essential points. 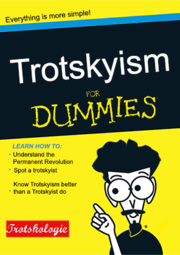 The Guardian follows a ‘liberal’ version of globalism linked behind the scenes to the highest advocates of the globalist capitalist road. That connection does not surprise us.

“The crackdown on the Southern Cross is not merely a question of symbolism – it’s the latest installment in a campaign to rid the nation of trade unionism.”

But true unionism died long ago with the takeover of the movement by Labor fakers in place of the old guard from the 1970s – and then flooded by compliant ‘lefty radicals’ who, when the chips are down, follow the same policies of the Labor Party.

“Trade unions are the bedrock of just about every campaign for democratic reforms. We must fight for them.”

The current contention about the Eureka Flag shows to nationalists that it is an icon fought over by faker-globalists and ourselves. The grubs at the top of the CFMEU seek to prove their ‘radical’ credentials by using it. But they are not radicals (sic). They are just stooges of the Labor Party.

Yes, true, certain bosses do not like to see the Flag.

It offends when a deceptive leadership plays the game that it is fighting for wage justice or better conditions. Some fights get out of hand, particularly when corrupt union bosses try to put their hands in the pockets of the builders and cop a sweetener. At the end of the day, the CFMEU leadership are well paid fakers whose links to the very system they pretend to oppose, suggests they never stray too far. 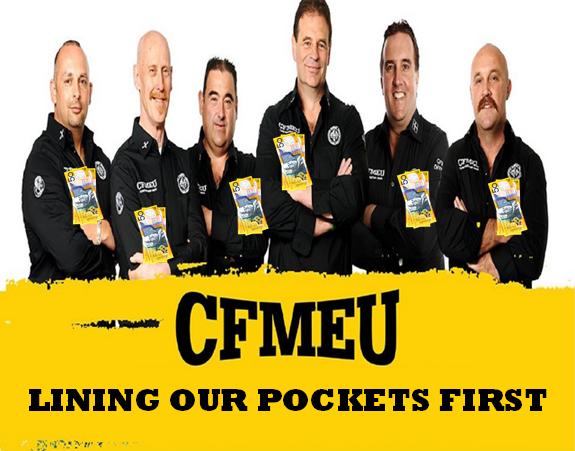 Once again we say the culture wars fight for the meaning of the Eureka Flag and the Eureka Stockade rebellion go on. It is the Australian nationalists who will be victorious. 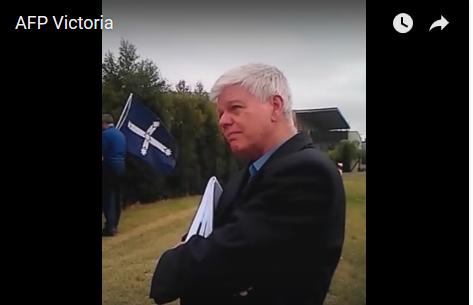