The attempt by legislation to ban the display of the Eureka Flag on building sites by a Labor Party stooge front – the CFMEU – naturally drew out Peter FitzSimons, a supposed expert on the Eureka Stockade rebellion of 1854 and its living icon, the Southern Cross Flag.

FitzSimons, in their ‘defence’, did not mention that the CFMEU leadership, for all their mouthings-off about freedom of speech today and in the past, sought to have the Australian Electoral Commission decline to register our party logo – which just happens to contain the Flag. 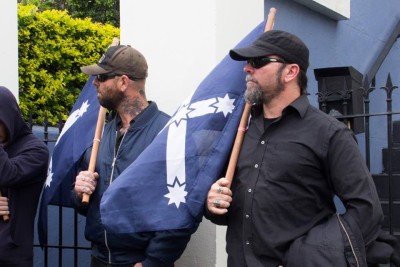 The CFMEU bosses wanted to continue to employ the symbol without ‘competition’ as part of their essential deception of the union rank and file; these bosses decline to tell the workers they are wedded to Labor Party globalism, all while the symbol is one of inherent nationalism.

“..the Eureka symbol really does represent something much wider than unionism. I have long noted that it no more represents just the unions than it does the white supremacist nutters who brandish it – outrageously, and completely falsely – as a symbol of racial purity.” 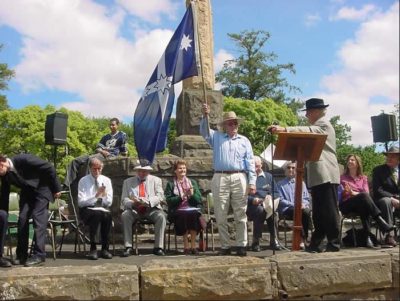 For FitzSimons, the Flag is something about many things, but also about multiculturalism! Henry Lawson would have given that the derision it deserves! The miners of Lambing Flat explained the meaning of the Southern Cross better than FitzSimons. 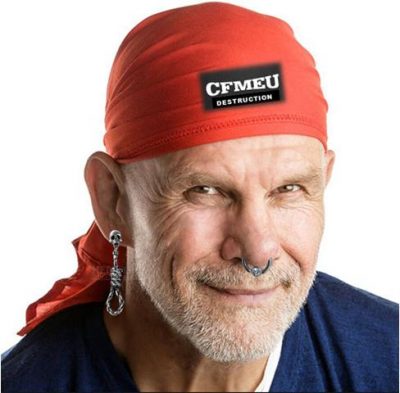 The current discussion about freedom of speech and the Flag is positive because it again focuses the debate on what this symbol means. An effort is currently before the Federal Administrative Decisions Tribunal to reverse the decision which allowed Australia First Party to use it on a logo.

A Bill is before Federal Parliament that would allow history-wars challenges to our use of it.

Those whom the CFMEU bosses follow are opposed to the nationalist use of the Flag.  If we ‘concede’ that there is no legal property in the Flag and that globalist traitors and writer-hacks can proclaim their love of it, means it can be flown or used anywhere and anytime by anyone – so the Federal attempt to ban it off building sites is simply wrong.

The Southern Cross Flag has been the fighting symbol of the modern Australian Nationalist movement since 1977. We shall carry it forward to our political victory!

Eureka is not just any symbol. It is the most iconic Australian symbol of the lot, the one that has endured through the ages, the symbol that, to quote my own tome on the subject, stands for Australian nationalism. 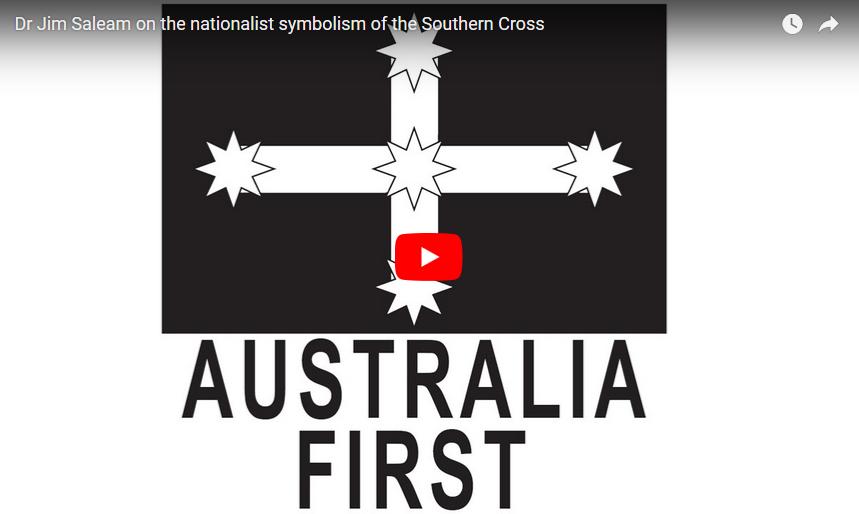