“Nick Kaldas is a Deputy Commissioner of the New South Wales Police.

He spoke yesterday at a University of Western Sydney ‘Advancing Community Cohesion’ conference that “community cohesion” was challenged by an array of critics of multiculturalism and people on the “far-right”.

“White supremacists (ordinary White Australians) are ‘a growing threat to social cohesion”, he said.  “I’m loathed to give them any oxygen but I would say that there is definitely activity on the right-wing, the extreme right-wing, of politics and people who are using events around the world to create incidents in Australia and NSW and in Sydney”, he said.

Nick Kaldas named Reclaim Australia, a civic patriot structure, and effectively too pointed at other organisations. He said police were “watching”.

I regard this as a serious development, a veritable threat to many organisations and to civil liberty. 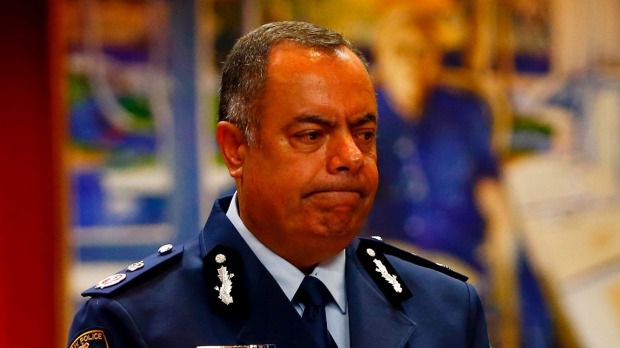 How can ordinary Aussies have faith in our own police when imported Arabs run our police force and hate us?

(Birds of a feather…)

I have referred to Mr. Kaldas before, in 2009 in fact when I wrote about a report provided to me which referred to “effective counter-measures” being applied by political-police in New South Wales against nationalist, anti immigration and similar organisations.

At that time, I made it fairly obvious to those nationalist activists and to those not quite as politically savvy in the very broad patriotic camp, that this sort of thing reflected the essential loyalty of the police hierarchy to state policy – multiculturalism, multiracialism, economic globalisation and so on. I meant it that people are not fighting ‘two major parties’ in a battle to get truth out there, but are fighting a state with a vision to move Australia into Asia, demographically, politically, economically. Finish. I was saying that political policing is just ‘out to get you’ or at the very least to manage you to the margins. Management is the first step, but other steps exist – as I well know personally.

Now we see what is a declaration of war from an Assistant Police Commissioner upon an Australian political movement.

Mr. Kaldas is an expert on terrorism. This conference compared so called “right wing extremists” (read: Australian nationalists and other patriots) with Islamic radicals. This is the very first step in the full effort to delegitimize the Australian target. That allows the full effort to politicise police ranks against the target and to treat dissent from a political movement as an incipient threat of terror.

It should be noted that Mr. Kaldas operates a ‘terrorism model’ in his treatment of political threats. After all, he observed this in Lebanon when he was employed by the United Nations in a terrorism trail In that way, he would create a strong network of community informants to identify patriotic action and activists, rally the leaders of ‘ethnic communities’ into a bloc which can be employed to stigmatize the challenge, establish school level and other base level initiatives to stifle dissent, to create counter-gangs to mirror and undermine the target groups, the media will be used to systematically lie about targets using slogans like “extremism”, “white supremacists” and much more. The possible use of show trials based upon the evidence of provocateurs also cannot be ruled out.

It should be noted at once that the legality of nationalist and patriotic organisations and activism counts for zero. The targets are seen as structures which, by their necessary refusal to accept state policy and to oppose it, as bodies ready to advance step by step as they also delegitimize the state – towards violence.

In other words, Australia First Party gets its Federal registration back later this year and contests certain polls, and we win a few Council seats next year and generally speaking obey the criminal law – but we are still an organisation to be managed to nowhere.

As my friends know, I have always said that the line of Mr. Kaldas was the reserve position of the state itself. I have never thought that a fairy democracy existed in Australia and I have said that quite openly. I have said that those who may come towards the ranks of the nationalists to preach either mainstreaming or violence are people who serve (knowingly or unknowingly) another power. The new threat from Mr. Kaldas will make the politics of nationalism and patriotism more problematical, but it will encourage the use of certain forms of organizational method to insure the movement against the improper actions of the political police. Some good people may not like to hear that (and indeed it serves the line of Mr. Kaldas that this is so) and consider that being a patriotic Australian something too dangerous for their disposition and they will with hold their support. Unfortunately, that too is part of the process of struggle and it too must be overcome.

The university meeting yesterday saw police with the community relations thought police, with academic analysts and others, all together mapping out how to crush a political movement. We thank them for their honesty. All that was missing was the representatives of street level anti racism and anti fascism as they call themselves who will appear across Australia at the Reclaim rallies on the weekend. However, as we know in the model being advanced by Mr. Kaldas, these gangs serve a function and will be supported from the shadows when convenient.

Australia is moving into new political territory and the nationalist movement in particular will face a new challenge. As an old Aussie saying put it: “I wouldn’t miss this for quids”. 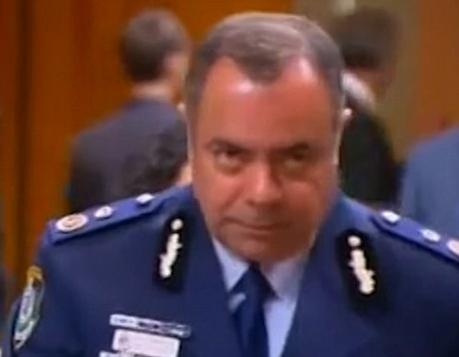 Why do ethnics head critical government roles in Australia?

NB.  Kaldas was born in Egypt in 1958 to Coptic Orthodox parents. The family emigrated to Australia in 1969, and seemingly never assimilated.