The great unwashed lefties of unemployed inner Melbourne are lead by 39 year old Anthony Main.  Some of our researchers have previously been suspicious that he is the loser behind online coward @ndy Slackbastard – he does follow Collingwood like @andy and he is very active in the commo-anarchist space in Melbourne.  He may can be contacted on 0407 529 658. Ask for @ndy.  Formerly of Fitzroy North, he currently resides in Clifton Hill.

Others have two other candidates of interest for whom our @ndy really is. 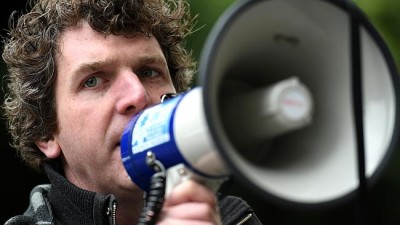 Anthony Main is the national organiser of the Socialist Party based in inner Melbourne’s Collingwood.   The Socialist Party is a small Trotskyist political party affiliated with the Committee for a Workers’ International – globalist communists.

Anthony Main has been exposed as serial pest protester and he will be counter protesting against patriotic Australians tomorrow in Melbourne.

This is his promo for lefties supporting islamification of Australia, to counter attack the Aussie Patriot Rally in Melbourne tomorrow, branding us “racists”.

It reads as follows:

The Socialist Party has been a key force organising this rally to halt the growth of the far-right. Make sure you come and invite all of your friends so Melbourne can make a clear stand against racism and Islamophobia.

We plan to outnumber the racists by at least 10 to 1 and will use our strength in numbers, not our fists, to make our message clear. Now let’s send those silly Nazis home in tears!”

Of confused Jewish ethnicity, Anthony Main, has form not just as a serial agitator, but as a criminal thug in most communist-inspired protest rallies in marches and rallies in Melbourne since the 1990s.  He is wanted for assault from the lefty protest against Geert Wilders visit to Melbourne in February 2013.  Geert likes Jews, so Anthony must be confused. 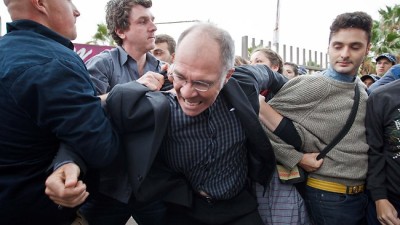 Anthony Main (second from left) co-ordinates an assault on an old man outside La Mirage hotel in Melbourne, ahead of a Geert Wilders speech

But Main needs his smelly lefty comrades around him.  Fully man-boobed, he ain’t exactly a stature of masculine physique.  Here he is outside the Richmond Town Hall with his Socialist Party comrade and editor of Yarra Socialists News, Stephen Jolly (left), when he became a one-off councillor for the City of Yarra in early 2011. He lasted less than two years. 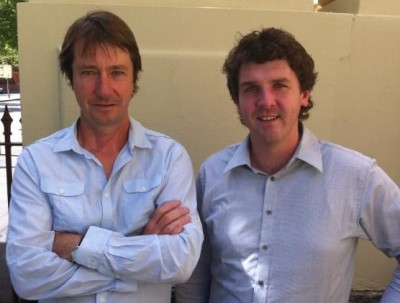 He was a Socialist Party candidate for Melbourne at the 2013 federal election, but lost.

Anthony Main has a long history of activism and thuggery. 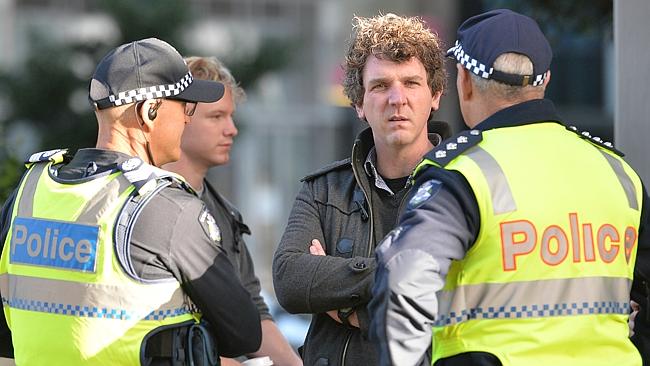 Almost every month Anthony Main is either attending leftist protests or plotting them. He lives and breathes a leftist world of perverted utopia of no borders, no property ownership, no Australia.

He is pro-welfare for the world’s billions.  He is pro-Islam (pedo-marriage and sharia) for Australia.  He’s pro-illegal boat people, pro-global warning alarmism, pro-deviant marriage and with what he brands “LGBTIQ Liberation”.

Here he is going to Indonesia in 2009 embracing boat illegals heading for Australia. 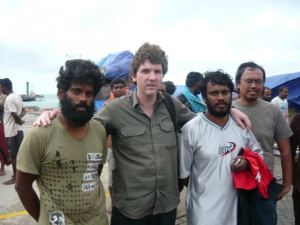 He even admits, “I’m a serial pest. I make no apologies for that.” 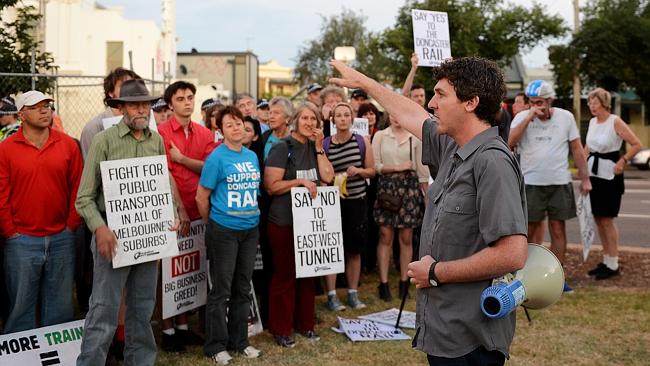 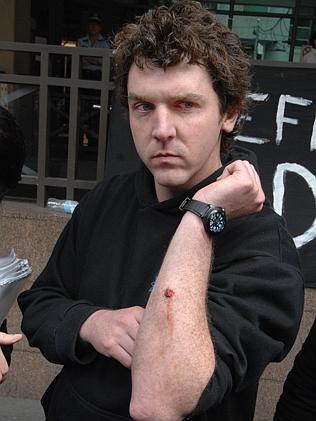 He is quick to cry police brutality, while more than happy to pull women’s hair and hit old men. 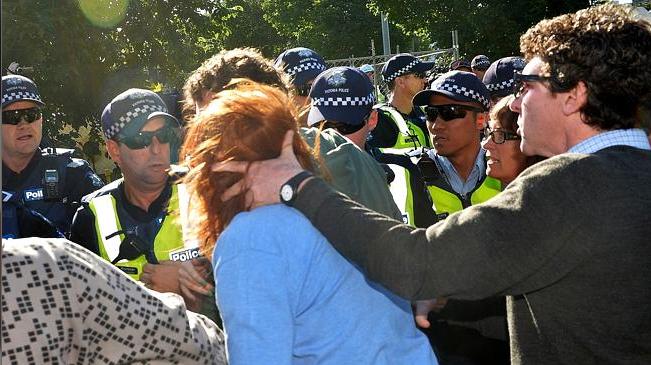 But his attention-seeking behaviour has also caught the attention of Victoria Police.  As then secretary of the Unite union, Main was given a good behaviour bond without conviction for a brush with police in 2007.

Wanna find out what he’s up to?

We expect to see him at the Aussie Patriot Rally in Melbourne tomorrow.  Look out for him and give him some flag waving cheer. 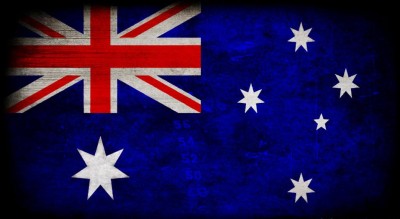 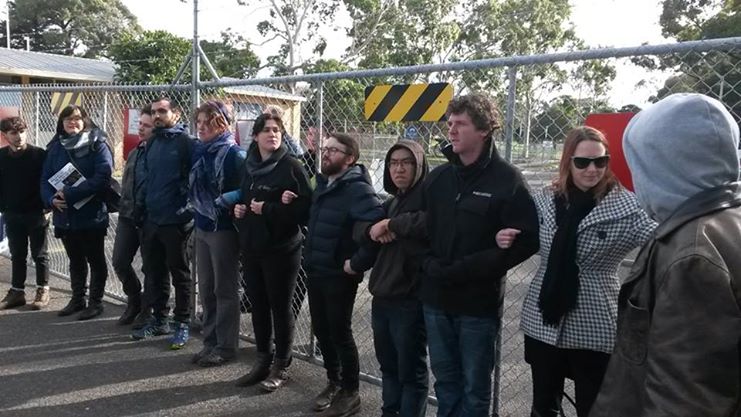 Recognise him in a line up.  He’s Melbourne’s serial lefty pest.