Australia’s parliament continues to be abused by party political time wasters, while hundreds of thousands of ordinary Australians are missing out and suffering.

The Liberals are hell-bent on privatising Australia’s public wealth to pay down Labor’s reckless spending and spiralling debt.   While the once were Greens, having allowed extreme leftism to infiltrate and contaminate their platform, are now so detested as to have lost their political party status.

Politicians installed in safe party seats and cocooned in Canberra have become so self-absorbed, so out of touch with Australian reality, so privileged; they arrogantly navel gaze and entertain themselves like 18th Century aristocratic regency at the expense of their subjects. 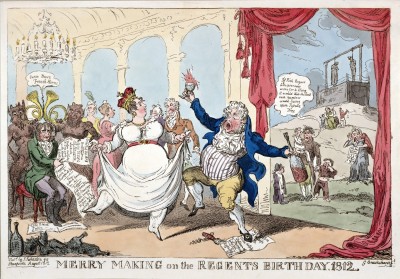 Yesterday’s bully boy performances by Labor’s Anthony Albanese, Tony Burke and Mark Dreyfus were a calculated exercise in party politics to intimidate the Speaker of the House of Representative all because Labor, now in opposition, continues to be denial of its resounding election loss in 2013.

Burke’s prepared motion of no confidence in the Speaker was a planned entrapment, reflecting contrived innuendo by a bully not getting his own way. What a time waster!

Burke charged to remove the Speaker “on the grounds: a) That in the discharge of her duties, she has revealed serious partiality in favour of Government members; b) That she regards herself merely as an instrument of the Liberal Party and not as a custodian of the rights and privileges of elected members of the Parliament; c) That she constantly fails to interpret correctly the standing orders of the House and d) A gross incompetency in the administration of parliamentary procedure.”

Labor’s rabble that it is has seen nearly a hundred of its delinquent hecklers thrown out of the House of Representatives for breaching House rules since Labor lost power.   Bear pit politics is the lot of bullies and sore losers and Australians have had a gutful.

Of note, Labor’s Paul Howes’ recent dummy spat his union job after being rejected for a plumb safe Senate seat.  Howes would have only added to the melee.  Our Parliament is the better without his like. 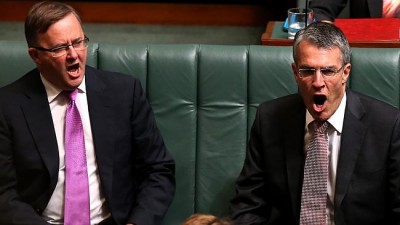 Albo holds the inner-west Sydney electoral Seat of Grayndler, which includes well-heeled Sydneysiders in traditional Annandale, Dulwich Hill, and Leichhardt.   But its residents live under the noisy flight path of Sydney Airport.   They battle traffic congestion from inadequate infrastructure swamped by an overcrowded and growing Sydney.  They struggle to pay inflated mortgages and to find places for their children in high-cost overcrowded child care centres, schools and universities.

Burke holds Sydney’s electoral Seat of Watson (Sydney’s now infamous ethnic urban Bankstown) which thanks to Labor’s immigration has been overrun by Arabs, muslims and ethnic crime gangs.   Not a day passes when NSW Police are not reporting a shooting in Burke’s electorate.  Burke has been a key supporter of asylum seekers and maximising immigration from the Middle East.  Burke’s Labor Government should have been funding the NSW Police’s Middle Eastern Organised Crime Squad set up to deal with this ethnic impost.

Dreyfus holds the national Seat of Isaacs in outer urban Melbourne, which like Watson, Labor has allowed to fester into an ethnic melting of Afghan asylum seekers, comprising 10% of the area and making Islam the dominant religion.  Traditional Melburnians didn’t ask for their hard-working Western city to be overrun by Slave Third world muslims on Australian taxpayer-funded welfare.

Dreyfus QC thinks he is a chosen aristocrat in sheltered Canberra, while the ordinary workers of south-eastern Melbourne have seen their once proud manufacturing base collapse and off-shored under Labor and now the Liberals.

Arrogant Dreyfus has presided over six years of Labor’s wasteful and useless schemes that have done nothing for ordinary Australians.  Dreyfus is more pre-occupied with petty party politics in Canberra.

Dreyfus, Burke and Albo exemplify everything that is pompous, irrelevant and toxic with Labor, most notably their environmentally useless and economically harmful Carbon Tax.  Narcissism wasn’t a political trait confined just to Rudd.  In Cavalier Canberra, narcissism has become a contagion.

Meanwhile, the cost of living in Australia has grown to being amongst the highest in the world.  Sydney has become the world’s 12th most expensive city in which to live, out of a 2013 survey of more than 350 global cities.   Only cities in the notoriously expensive nations of Norway and Switzerland cost more.  But Canberra politicians couldn’t care less.

Sydney’s daily expenses like transport, electricity, gas and groceries are making living unaffordable for many ordinary Australians.  The costs of rent and housing in Sydney and Melbourne continue to be pushed up by migrant demand, yet both Labor and Liberal continue to maximise migration at 200,000 year on year.   And most of the migrants choose to settle in Sydney and Melbourne.

Australian homelessness is out of control due to a chronic lack of affordable housing, and lack of public housing.   Social factors are increasing life expectancy, divorce and separation rates and the death of a partner also contributed to older Australian men and women becoming homeless.

Average Australia real incomes are falling, superannuations are falling and retirement pensions border on the poverty line.  In many rural areas, Australian farmers are being contaminated and forced off their lands by corporate coal seam gas bullies.  Ordinary rural Australians feel under siege yet disempowered because of Canberra politicians more self-absorbed by their own party politics.  Substance abuse, particularly alcohol abuse, across many Australian communities is on the rise.   Youth unemployment and even graduate unemployment is typically around 30% across Australia.

While Australia is corroding, being lost to foreigners and Ordinary Australians suffer; Canberra’s cocooned politics is distracted by games played by irrelevant pompous sooks like Dreyfus, Burke and Albo.

They are part of Australia’s political vacuum. 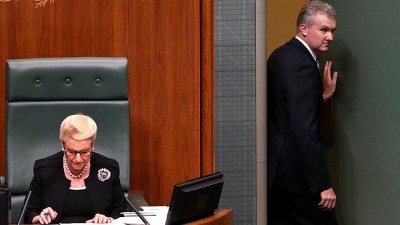