The illegal anarchist record of Ashwyn Falkingham in Sydney has been well documented in newspapers when he organised illegal squatting at the University of Sydney.

The Sydney Morning Herald reported on September 16, 2011, that riot police had to be ordered in to forcibly remove the squatters from the roof of church-owed St Michael’s College, situated within the university grounds on City Road Darlington in inner Sydney. 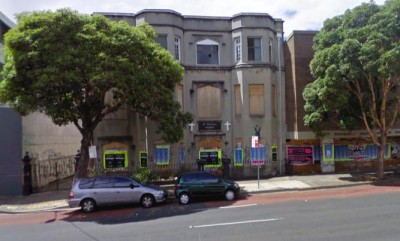 Riot police had to cordon off the area and close City Road in order to remove the anarchists from the roof of an adjacent university building overlooking a student courtyard.  The seven anarchists were arrested.  They all now have records with the NSW Police. 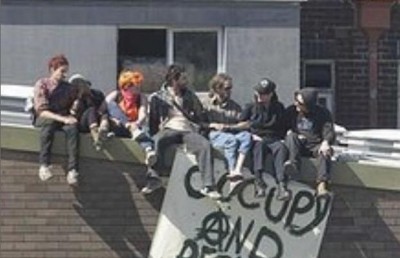 Included was one Ashwyn Falkingham (centre left), then a 27-year-old engineering undergraduate from a separate university, the University of New South Wales, as well as fellow anarchist, one Alain Ashman (centre right).

“Occupy and Resist” reads the banner.  But it was more a publicity stunt self-promoting their stop-and-start dysfunctional rabble, Sydney Anarchists, and just to entertain UoS students on a Friday. 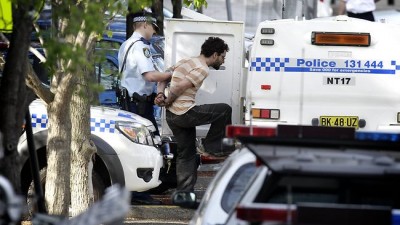 A NSW Police spokeswoman said police were conducting an operation to remove the seven unkempt trespassers who gained illegal access to the church building.   Police said they removed seven people from the building about 2.30pm on the Friday as well as a woman earlier for offensive language.

Typical anarchists.  It is reassuring that the dog squad was present. 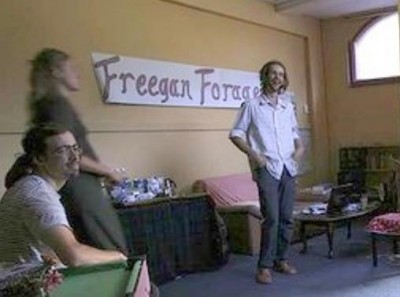 But these anarchists know diddly-squat about the real cause of the affordable housing problem.  Just a few blocks away from St Michael’s College, the grassy Central Park highrise apartment development has exploited millions from the Rudd Labor Government’s grant to local universities under its National Rental Affordability Scheme.    The government-funded apartments have mainly gone to foreign students, thanks to Labor’s then Housing Minister, Tanya Plibersek MP.

Tanya Plibersek has her electoral office nearby in Broadway. 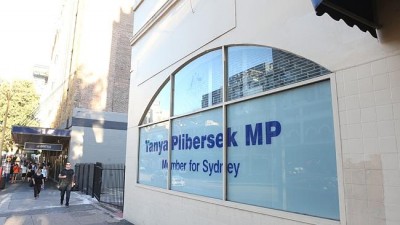